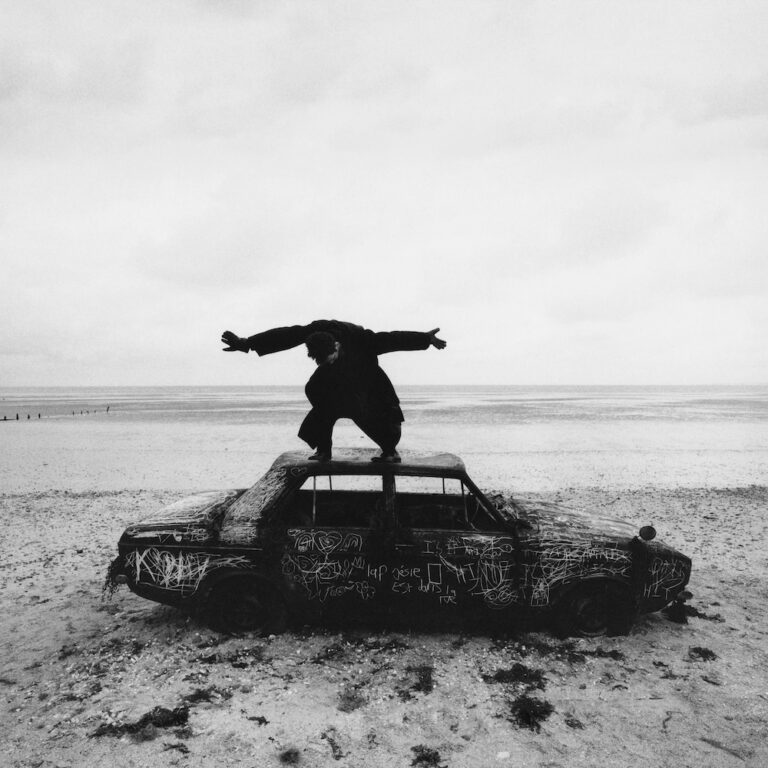 I have closely followed The 1975’s career ever since the beginning of their first album rollout. They exploded onto the Tumblr emo/alt scene that I knew so well, and watching this band grow from a small UK act with a cool aesthetic into one of the biggest groups in the world has been my greatest pleasure. While some critics are debating if they are ‘the next Radiohead,’ I would argue what The 1975 have done with their music in 2022 far exceeds Radiohead. They have pushed themselves the farthest they’ve ever gone into what longterm fans believe their sound actually is – perfecting it on their fifth studio album, Being Funny In A Foreign Language. It is on this record that they return to their roots. However, this is not a remake of their self-titled album. The band has utilized all of the sounds that they tried out in the past and all the life lessons they have learned to make this their most mature and conceptualized record to date.

Sonically, this could be a sequel to self-titled… in the most magnificent way possible. While a great deal of The 1975’s albums feel like a wild ride, jumping from one crazy idea to the next, this record is far more cohesive. Every song feels like it belongs on the same album. From the soft keys on the intro track and “All I Need To Hear,” to the upbeat rhythm and saxophones of “Happiness” and “I’m In Love With You,” this band showcases in just 43 minutes that they understand their core sound. It is almost like they realized what makes them popular and amplified it ten times over. The synths and electronic elements here also feel integral to the record. My biggest gripe with their last two albums, Notes On A Conditional Form and A Brief Inquiry Into Online Relationships was that it felt like the band wrote a song and tried to jam electronics into it after. The songs that use synths on this album feel like it was written with them from the start. Even tracks like “Wintering” display how united the band is. It sounds like every member got into a room together and just jammed – no back-and-forth of egos. This album is the most refreshing alternative record I’ve heard all year.

The lyrical content is another highlight of the album. I’ll admit, the first time I listened to the record I had mixed emotions. It took some time to grow on me, it did, hence why this review is being released a few weeks after the record drops. There are a great deal of striking lines that will make the audience question what they heard and have them going back for a second and third listen. What I realized is that these lyrics serve a greater purpose: the audience needs to simmer with the themes to understand the new release on a higher level.

This LP is quite honestly about the growth of human existence in a modern age. It’s about what it’s like to be truly in love, to be absolutely afraid, and to long for something you can’t have. Even tracks like “Looking for Somebody (To Love)” and the aforementioned “Wintering,” which are story driven numbers, use the story as a structure to embody intimacy and profound themes. Any person with a pulse can identify and connect with these messages because they reach us at our most primal level. This isn’t the band trying to make a massive statement about society like they used to. This is the most personal album the band has ever made by far.

Another aspect to dissect is Matty Healy as a frontman. He is a huge selling point for most people. Healy brings the charm and romanticism to such nihilistic lyrics that people love. His performance on Being Funny In A Foreign Language is no exception. In fact, this might be his most charismatic vocal delivery to date and a prime example of this is a song like “About You. Healy’s performance is Grammy-worthy as he draws the listener in with soothing yet also pained vocal tones. I believe this album will help him go down as one of the best frontman in rock history.

Overall, the new 1975 album surpassed expectations in the best way. It didn’t just blow our minds, it held a mirror to our souls and forced us to stare back. Musically, it hones in on the band’s classic sound but perfects it. Lyrically, it’s compelling and painfully real. This is a genuine record through and through. The 1975 are not stopping and prove that they will never be second best.

BEING FUNNY IN A FOREIGN LANGUAGE, THE NEW RECORD FROM THE 1975, IS OUT NOW WHEREVER YOU LISTEN TO MUSIC!