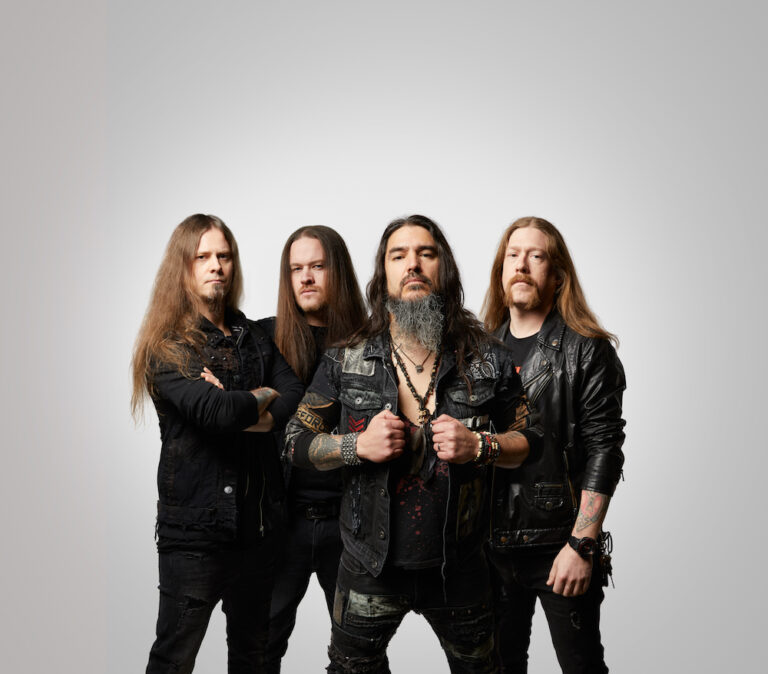 ØF KINGDØM AND CRØWN is possibly the most unrelenting, yet notably cohesive record to date from these murderous metal legends, making it a quick fan favorite even though it’s only been out a handful of months.

Uncompromising, unrelenting, and enduring, Machine Head are not a band to be taken lightly. The metal stalwarts have been releasing musical onslaughts for nearly three decades, growing a rabid fan base in the process. The band, led by singer/guitarist Robb Flynn, recently released ØF KINGDØM AND CRØWN, its milestone 10th record, which also happens to be Machine Head’s first concept album. The story follows the interconnected paths of Ares and Eros. It’s all set against a backdrop of barbed wire riffs, searing guitar solos and furious rhythms, with Flynn’s emotive – at times angry and full of rage – vocals topping it all.

ØF KINGDØM AND CRØWN has been deemed by fans and critics as a ‘return to form,’ but that’s a misnomer. It insinuates that the California band hasn’t been at their best recently. That’s simply not true. Rather, Machine Head, and Flynn, are an ever-evolving, savage creature. They’re not afraid to experiment, and while to some that may be a turn-off, it’s obviously refreshing to the band’s legion of fans.

Flynn was already a thrash veteran, and unsung hero of the Bay Area scene when he started Machine Head as his own head banging musical vehicle. He was a member of (and wrote half of) Forbidden’s debut album, then played on thrash favorites Vio-Lence’s first three albums. Machine Head’s glorious debut, Burn My Eyes, was buoyed by ultra-heavy yet hooky tracks like the one-two opening punch of “Davidian” and “Old.” The band then landed a prestigious tour slot opening for Slayer and Biohazard.

ØF KINGDØM AND CRØWN features new guitarist Wacław “Vogg” Kiełtyka, and he and Flynn’s instant chemistry is evidenced on their blistering, trade-off leads. Kiełtyka is not on the current Machine Head tour due to his commitments to Decapitated, his other band, but the talented Reece Alan Scruggs of Havok is standing in. The band is rounded out beautifully and ferociously by veteran bassist Jared MacEachern and drummer Matt Alston.

Highlights on ØF KINGDØM AND CRØWN include 10-minute album opener “Slaughter the Martyr,” an epic of non-stop nasty riffs and pounding rhythms, Flynn’s rapid fire lyrics on “Choke on the Ashes of Your Hate,” and the fretboard frenetics in “Become the Firestorm.”

The band has embarked on a special ‘no setlist’ tour and you catch that locally on November 29 at New York’s Saint Vitus and December 2 at the legendary Stone Pony in Asbury Park. We recently spoke to Robb Flynn to talk about such shows, tour, album, and more.

You’re tour features no setlist – a treat for fans. How did that come about?

Over the pandemic Jared and I started doing this thing called Electric Happy Hour. Every Friday afternoon we would jump on Facebook Live and Twitch and YouTube Live and stream, drink beer, and play metal songs. We were all on lockdown; we were all cooped up and couldn’t do anything, so it was this very loose, fun, jammy thing. We’d take requests on Facebook Live and we got a lot of people. We’d average about 2,000 people a show. It was pretty fun and then we started doing full album play throughs on the anniversaries. We ended up doing about 130 shows. In general there was no setlist. We’d kind of just make it up. I’d pick the first song about 5 minutes before we went live and from there we didn’t know what we were going to do, we just made it this fun thing and ended up learning like 365 songs between all the Machine Head songs and then the cover songs. We just wanted to take that and bring that crazy energy to touring once we started again, but it was really fun having this loose structure.

Your new album, ØF KINGDØM AND CRØWN, is Machine Head’s first concept album. What can you tell us about the storyline and how did you come to be inspired to write the album?

It revolves around two characters and is set in a futuristic, crime-ridden wasteland where the sky is always stained crimson red. Character number one is Ares and he loses the love of his life, Amethyst, and goes on a murderous rampage against the people who killed her. Character number two is Eros and he loses his mother to a drug overdose and in his downward spiral gets radicalized by this charismatic leader. He goes on his own murderous rampage and is one of the people who killed Amethyst and the lyrics detail how their lives intertwine.

I just felt very creative. I wasn’t sure if I wanted to do it a couple of times in the past and I didn’t feel like I had enough time. Certainly over the pandemic that wasn’t the case at all and I was able to fine tune the story to a point where I really felt it was strong and made a lot of sense. It connected all the dots and we just went with it and in some ways it made life easier. A lot of my previous nine albums’ lyrics were views on experiences that happened to me or my views on society. It was always through the lens of my eyes and now I was able to write through the lens of someone else’s eyes. You’re telling a story and it was really just awesome – it was really liberating.

Did the pandemic affect the recording process?

Just like most bands don’t really live near each other these days, the same thing applies to us. Jared and I do live near each other, so we would come down and work on the record two or three days of the week, and two or three days of the week we’d focus on Electric Happy Hour. It was awesome just to stay busy and focus, and in a lot of ways the Happy Hours influenced the record because in Happy Hour, we’re doing acoustic songs and Fleetwood Mac covers and Bob Marley covers. It’s pretty far outside of our normal wheelhouse and we’d go to work on the record and be like, “Hey, why don’t we try that Fleetwood Mac harmony that we did the other day for Happy Hour? Oh, yeah – that kind of works. Let’s change it a little bit, tweak it.” We did little crazy things like that.

ØF KINGDØM AND CRØWN is the first Machine Head album for guitarist Wacław “Vogg” Kiełtyka. What does he bring to the band?

Vogg has dates with Decapitated right now so we’ve got Reece Scruggs from Havoc filling in whose doing an awesome job. Vogg brought in a lot. He wrote a lot of great riffs for the record, killer ideas, and awesome leads. I’d throw riffs at him and be like, “Well, what do you think?” We’d just email riffs back and forth and that was like all we could do. We couldn’t get together. We’d call each other up or FaceTime and talk about what we heard and shape it like that.

How do you think the band has evolved, and you specifically in your playing and songwriting, on this album, from your previous record, Catharsis?

Sometimes you get some amazing things you might’ve been scared to do or it might’ve been way out of sight of your comfort zone, but those are the things the fans relate to the most. I think with this album the most important thing was not just the music, because I felt the music was really strong.  I wanted to have a really different, interesting approach to the lyrics. The concept album allowed that.

You’ve got strong roots in the San Francisco Bay Area even prior to forming Machine Head. Can you tell us about your musical beginnings?

I was in Forbidden and wrote half of the first Forbidden album. I was in Vio-Lence for those three records. That was me ages 17 to 24. When I started Machine Head, as funny as it sounds now, I felt like I was too old to be starting a new band and I felt like I was kind of over the hill. I was really focused and really determined to make something really unique and special and stand out. I knew we were going to be making music that was very uncompromising and uncommercial and wouldn’t get played on radio or MTV. So, to me, it was always about going on tour and winning fans over one by one. We’ve toured for no less than 16 months pretty much straight on every single record.

We’ve done over 1,200 shows in the United States of America alone. That’s what this tour is. We’re out here doing a lot of dates and we’re not playing a single major market. We’re not playing in New York City, we’re not playing San Francisco or Chicago. I’m in Sioux Falls, South Dakota right now. We did Fargo, North Dakota last night. We did Missoula, Montana, Boise, Idaho – all these nooks and crannies, all these killer markets and people are starving for it and we love it. That connection in the live environment? That’s the ultimate. That’s the way to win people over. We’ve got a major market tour of the U.S. for April through May.

What do you recall about your first major tour opening for Slayer and Biohazard back in 1994?

We had toured before that, but that was the tour that broke us, for sure. It was a freaking honor. Slayer was my favorite band ever. Literally me and my friends would drive all over California to see them. Six hours down to L.A., three hours to Sacramento, to Fresno, just to see Slayer shows. For Kerry to handpick us for that tour was surreal.

I was just talking to someone who drove eight or nine hours to see the show. It’s very humbling for me.

FOR TICKETS TO MACHINE HEAD’S SHOW AT SAINT VITUS TOMORROW, CLICK HERE, AND FOR TICKETS TO THE STONE PONY THIS FRIDAY, CLICK HERE! KEEP UP WITH THE METAL ICONS BY CHECKING OUT THEIR WEBSITE!