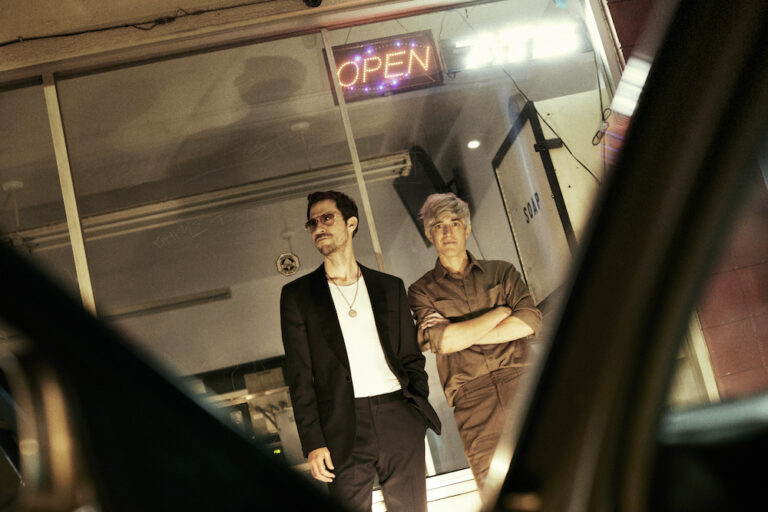 Chatting With We Are Scientists: The ‘Hypnotically Infectious’ Indie Rockers

Brooklyn is set to host one of our favorite indie rock bands this week and we want to talk about it.

Scratch that – we want need to talk about it.

Lobes, the new album from We Are Scientists, is their funkiest output to date. Their cool half-a-million-or-so streamers have yet to hear it in full as it releases officially on Friday, January 20, but we are certain that they will gravitate towards its sort of sparkly post-punk feel. For almost 20 years the sensationally scrappy duo has never strayed far from their sound, rather polishing, exploring, and upcycling every era of creativity to drop something new and just as fun.

Every song, every album, every show, and every moment in We Are Scientists’ career is driven by personality. Keith Murray and Chris Cain are full-steam-ahead when it comes to being themselves lyrically and sonically. Their ability to transpose emotions for melody is memorable and second-to-none alongside how they mix raw garage rock recordings with glitzy electro pop stylings. Originality is key, and, as noted, personality is forever on tap. The band feels the same way, as expressed in the following conversation we had with them.

Does Lobes compare to HUFFY, at all? Given the singles that fans have heard so far, there’s a new kind of electric charge to your sound.

We definitely think of HUFFY and Lobes as being sister albums. HUFFY is sort of the skuzzy rock record, perfect for soundtracking a jet ski race around Turks and Caicos on a beautiful summer day, whereas Lobes is the more elegant but also dangerous nighttime album. It’s what might play that same evening, back on the yacht that you’ve moored off of the T&C coast, the cerulean water of that afternoon having since blackened to an ominous, oily opacity, so that, after too many French 76s or Boulevardiers or gin martinis, you might be overcome by Lobes’ hypnotically infectious rhythms, and dance straight off the deck into the briny depths – never to be seen again.

Wow… and similarly, HUFFY dropped to critical acclaim in 2021 – right in the midst of a global pandemic. Now, as we kick off 2023, we have to ask: how has your approach to writing and recording an album changed given the almost newfound universe we’re living in?

The time we were afforded to work on HUFFY and Lobes during lockdown really allowed us to luxuriate in the production. It simultaneously let us be more expansive in our concept of what a We Are Scientists could sound like while also giving us extra  time to live with the tracks and really figure out which elements were essential to each song. It sounds ridiculous to say that we’ve become more “playful” as recording artists because of it, but l think our enjoyment of the process is more evident on these records than on any of those that preceded them.

Playing Brooklyn Made makes for one hell of an album release party being a hometown show, as well. What can fans and concert goers expect from that night?And will you be playing Lobes in full, by chance?

Given that New York City is still the coolest, most raucous town on Earth, we’re certainly going to feel pressure to put on one hell of show. The fact that it’s our hometown really ups the stakes, because all of our friends will be there, and they are a cruel and judgmental cohort. We probably won’t play every song off of Lobes, but I think most of them will get an airing. We need to leave room on the setulist for the old hits!

If you had to pick one song off of Lobes to describe the record and this era as a whole for you, which one would it be and why?

Maybe “Human Resources,” we think? It’s very synth-driven, but with a funky bass-line, a banging dance beat, and a huge, chunky, guitar-based chorus. It sort of encapsulates all of the disparate elements we’ve brought together on this particular album and it manages to combine the tinge of pathos that imbues many of the records lyrics with a great, danceable, endorphin-triggering beat. Marvelous.

Has the Big Apple, the five boroughs, and the surrounding NYC area inspired any of your music over the years or your take on music scenes? Because this culture, this community of artists and influence, really does seem like second to none.

When we first moved to NYC in 2001, it really kicked our asses. The sheer number of incredible bands creating boundary-pushing music within one tiny area was utterly mind-boggling and it inspired us and terrified us in equal measure. We knew immediately that we had to up our game – pronto.  When we finally got our act together and started touring the world in 2005, we were incredibly proud to be able to declare to anyone within ear-shot that we were a New York band. Even though I’m no longer the kind of degenerate who stays out until 4:00 a.m., seven nights a week, there’s still an undeniable electricity to the city that always makes me feel like I’ve got to justify my place in the amazing scene.

As one of the truest, purest indie rock bands in said scene, We Are Scientists sort of embodied and entertained the ‘indie’ label more than most – and from the very start. What does being an indie band mean to you, both professionally as We Are Scientists, and personally as music lovers yourselves?

I think our personal status as an “indie” band goes beyond the genre designations implied by the name. Sure, we’ve got a jangly upbeat sound that jibes with an umbrella definition of “indie rock,” but we personally enjoy everything from super-obscure no-name acts to hugely popular corporate pop music. I think what makes us particularly indie is our attitude. Even when we’ve released albums on major labels, we’ve insisted on being intimately involved in everything from the music making (obviously) to the videos to the press releases, and our weirdo idiosyncrasies have been pushed to the fore. I guess our obsession with drenching all aspects of the We Are Scientists project with our personal quirks is what seems most indie, to me.

GET TICKETS TO WE ARE SCIENTISTS’ ALBUM RELEASE SHOW AT BROOKLYN MADE HERE!