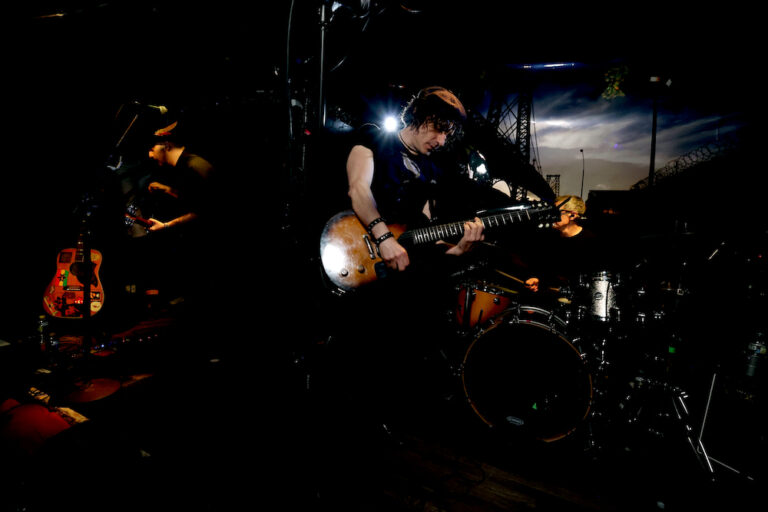 Jesse Malin – In His Element

A sensation on stage and off, Jesse Malin is still a musician of the people – and a damn good subject for pal and photographer Ehud Lazin.

It’s not hard to love Jesse Malin, a Big Apple staple and rock music icon (even if you don’t know it). The soulful, artistic, rock and roll singer-songwriter is a favorite of ours and a friend of many. His mark has been made ten times over and we’re happy to report that it doesn’t fly under the radar – his inner circle ranges from the talents in Gogol Bordello to theatrical punk frontman Billie Joe Armstrong to the legendary Boss himself, Bruce Springsteen. And yet, he can get up on a stage like this one at the Bowery on January 13 and feel like one of us. He’s not an untouchable musician or an artist above anyone. He loves music and music loves him and it is nights like these in New York City that are stellar examples of that.

KEEP UP WITH JESSE MALIN BY FOLLOWING HIM ON INSTAGRAM!