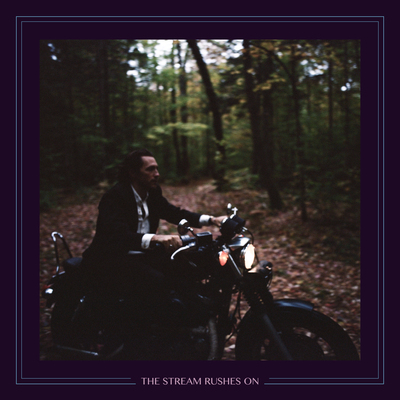 Jesse Marchant Doesn’t Quite Rush Into Anything

If you have ever wondered how to tackle big life concepts without overwhelming both yourself or those around you, just take a page out of Jesse Marchant’s book. The performer has been doing with ease thanks to his eye, and ear, for music.

The superb talent of Jesse Marchant is ever prevalent on “The Stream Rushes On.” What the singer-songwriter does best is make an impact, so whether that’s through lyrics, visuals, or orchestration, he’s going to find a way to do it. This latest single – his last before his forthcoming fifth album – combines all three for an experience that is truly unmatched.

“The Stream Rushes On” is a subtly anthemic ballad. The musician combines serenity and peace with bold questioning for just over four minutes. It’s mesmerizing to say the least. The aesthetic of being lost in engrained in the simple song and cinematic video. Slick production and minimalistic instrumentation ground this song in reality. It reminds the audience that, sometimes, the search for freedom and individualism isn’t worth the loss of humanity and search for a home.

A sort of counterpart to the New York-by-way-of-Montréal’s 2018 track “Sister, I,” this new single strips down the idea of feeling idea by using light-as-air piano notes and practically acoustic chord progressions. Unlike the former release, “The Stream Rushes On” comes with a conclusion. No longer is the talented Marchant ambling along aimlessly, for the finale of this track and it’s accompanied video depict the star’s character being found. Throughout all the whirlwind searching and feelings of being both literally and figuratively lost at sea, Marchant was found.

At this point in his life, he really did stumble upon a sort of calmness within the storm of life, having become a father in the midst of the COVID-19 pandemic. This effortlessly sung and simply crafted ballad juxtaposes itself by being just as in-your-face as it is laidback. “The Stream Rushes On” showcases how powerful vocals and evocative stories can put forth even the most gentle and obvious ideas; in this case, highlighting vital life experiences and the personal toll it can take on your as you grow in-and-out of who you once were.

Introspective and well-versed than ever, Jesse Marchant trends lightly with this delicate new track, but sets a wonderfully poignant stage for his June 25 release, Antelope Running. The bold, monumental talent is clearly using tasteful and refined musicianship to put perspicuous ideas into the world.

“THE STREAM RUSHES ON” IS OUT NOW! JESSE MARCHANT’S ANTELOPE RUNNING IS OUT ON 6/25 WHEREVER YOU STREAM MUSIC!