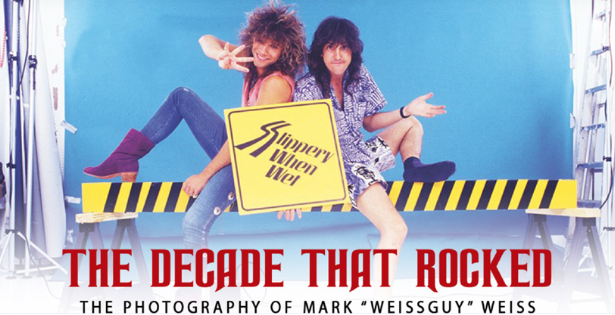 WEISSGUY, a Janis Joplin tribute, live music, and pop culture anecdotes about photographs that defined a generation? You don’t want to miss any of this.

Mark “WEISSGUY” Weiss knows his strengths and is more than willing to put them on display for the benefit and enjoyment of the public. The world-renowned rock photographer has a strategically local event this week, leading into an even more exhilarating lineup of activities and shows over the weekend.

On Thursday, June 24, Middletown Arts Center is hosting the Opening Reception of Weissfest 2021. The celebratory showcase hones in on the artistry and history of Weiss, while also reopening the coveted local gallery’s doors after quite the long year. Named The Decade That Rocked, the exhibit covers thrilling musical ground from times a bit more lively than the 2020s thus far. Relive, reminisce, and rejoice alongside other art appreciators, music lovers, and local legends this Thursday.

The Decade That Rocked opening is a fundraiser for the Middletown Arts Center, providing much needed relief for the artistic space. In order to make your donation and attendance go even farther, one of the most spectacular Janis Joplin tribute bands is performing. JUST LIKE JANIS, fronted by the über-talented Cat Manning, is fierce and blistering, ready to take the MAC stage for a stripped down, but surely lively acoustic rock performance alongside the WEISSGUY gallery.

Get your tickets for The Decade That Rocked’s Opening Reception fundraiser here. Donation packages that grant you access to the Thursday night event range in price from $25-$85.

Following the Opening Reception is Weissfest 2021, also hosted by MAC, for fans new and old to dive into. With over four decades of rock photography and thrilling stories under his belt, Mark Weiss is more than a local legend. Sure, the Middletown Arts Center and their guests are often tri-state natives, but they’re also genuine fans of the work the talented photographer has been part of throughout his career. From Bon Jovi and Aerosmith to KISS and Van Halen, there is something to pique anyone’s interest from anywhere in the world.

Weissfest 2021’s free outdoor concerts are Friday, June 25, and Saturday, June 26 – two days of creativity, music, and camaraderie when we need it all most.

On Friday, taking MAC’s outdoor stage for a free, BYOLC (Bring your own lawn chair) concert is KODIACK, Keith Roth, and Just Sabbath. All of that is on top of special appearances by drummer Carmine Appice – who has played with Rod Stewart, Ozzy Osbourne, and more – Bumblefoot, and Kings X’s Jerry Gaskill. Tom Hanley hosts the free shows at the WEISSGUY gallery. He is a beloved DJ and radio personality from THE WRAT 95.9.

Saturday illuminates the life, culture, and music of the eighties once again with featured performances by Gemstone, Sixx Seconds To Mars, and Little Ozzy. Each band pays tribute for about 45 minutes, making both Friday and Saturday of Weissfest 2021 a lot of fun with just hints of nostalgia throughout the reminder that the 1980s rocked… Mark Weiss himself, as well as his photographs, are living proof of that.

For more information on Weissfest 2021 at Middletown Arts Center from June 24-26, visit middletownarts.org.

The Decade That Rocked’s premiere MAC exhibit is on show until August 15, but remember that gallery hours are by appointment only if you’re planning a visit outside of this coming weekend.