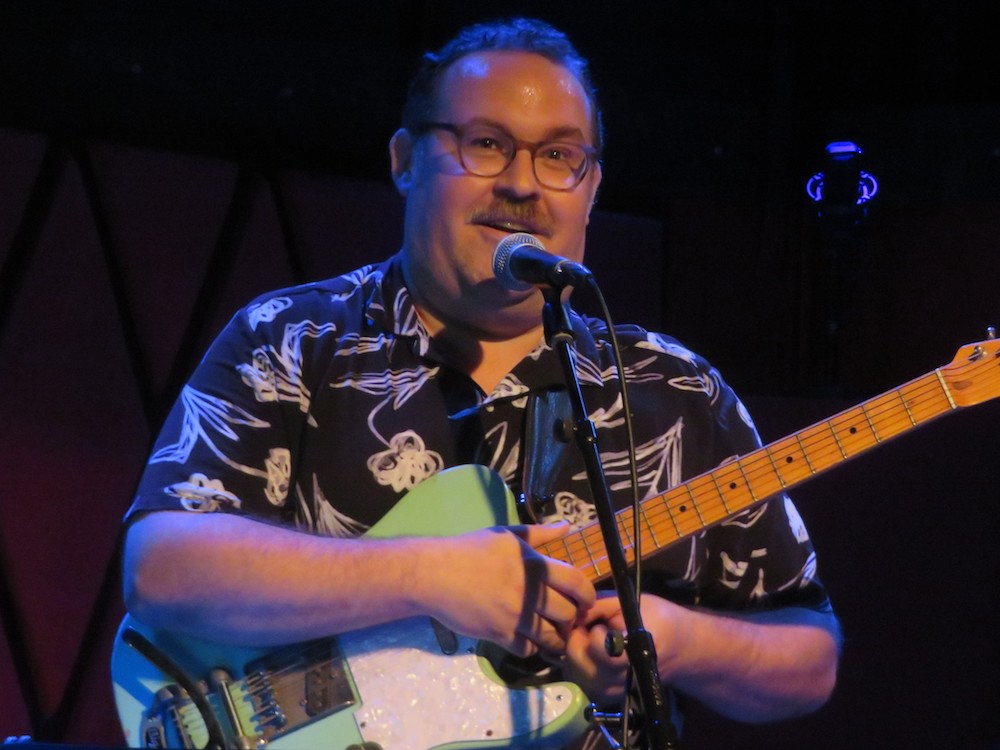 The vocalist, guitarist and songwriter known simply as Vilray (pronounced vill-ree) has an uncanny ability to bridge the past and the present. Vilray, who does not use his family name, was raised in Brooklyn and studied jazz at the New England Conservatory of Music in Boston, Massachusetts. In 2003, he met fellow student Rachael Price, who a year later would become the lead singer of Lake Street Dive. Vilray forged his own musical path, occasionally teaming with Price for a concert, a tour or a recording. In both his own work and his collaborations with Price, his mastery has been in recreating and revitalizing jazz pop sounds from bygone eras.

Vilray is best known for covering Tin Pan Alley songs from the 1930s and 1940s, and for writing original songs that sound like they were composed in that era. Tonight at the Rockwood Music Hall, Stage 2, performing as a solo artist and with a band, he demonstrated that his scope is significantly wider. Accompanied only with his acoustic guitar, Vilray started the set with a stark and riveting solo acoustic rendition of “Where Are You?” Jimmy McHugh composed the song with lyrics by Harold Adamson for the 1937 film Top of the Town and recorded it with Gertrude Niesen as vocalist. Chatty and personable, Vilray then explained that he writes his songs in that genre and sang a handful of original compositions. Increasingly, his vocal styling approached the styling of Frank Sinatra, but quite low key and without the Hollywood flash and splash. Vilray then relayed how he also writes songs on commission, often for loving couples, and often they are written with wit; he then sang “Hate Is the Basis for Love.” He concluded the first part of his solo set with a country song, yet another twist in his catalogue.

Midway through his performance, Vilray unveiled his new project, The Man of Milan. This project is a tribute to the Italian composer Nino Rota, who wrote 171 film scores from 1933 until his death in 1979. Accompanied now by saxophonist  Jeremy Udden, keyboardist Damon Hankoff, bassist Aryeh Kobrinsky, and drummer Carlo Costa, the ensemble played instrumentals and a song Vilray translated from Italian to English. Vilray concluded his performance with a return to the vintage swing sounds for which he is known.

In the end, Vilray impressed as a vocalist and bandleader who seemingly comfortably and effortlessly crossed several distinct categories of music. Most curiously, he is a young man whose musical interests are rooted in genres that dissipated long before he was born. That he performs these songs solo or with a small band rather than with a full swing band makes his presentation even more intriguing. Not every work he performed tonight achieved the same level of success, but the frequent changes made the show engaging. His charm and charisma became an effective glue that held it all together.