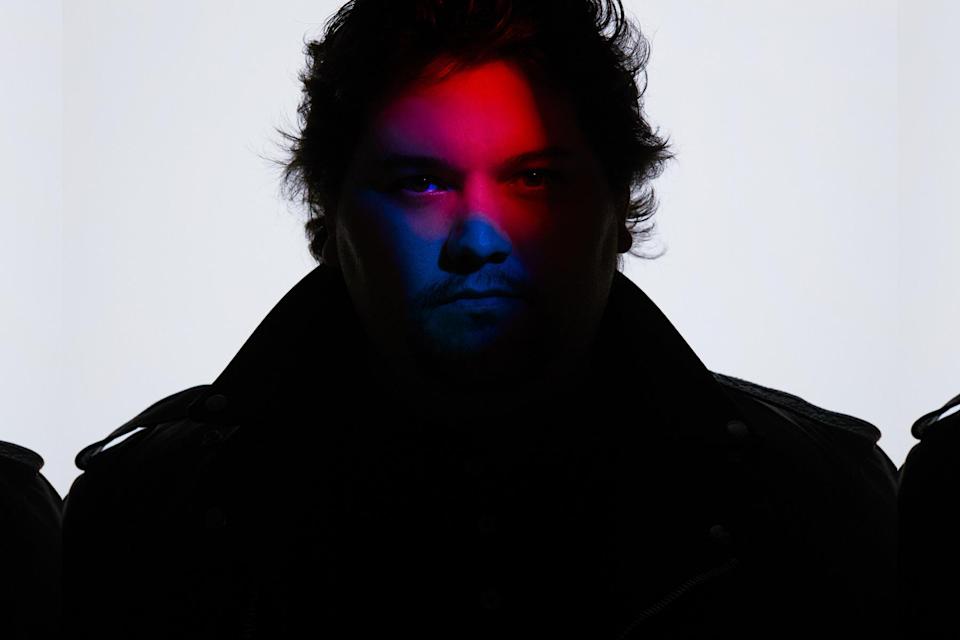 Wolfgang Van Halen – A Son Rises From The Darkness

Wolfgang Van Halen’s first radio show appearance was actually unintentional. It was during the mid-nineties and his father, Eddie Van Halen (of course), was speaking with Howard Stern when background chaos broke out.

It’s Thursday, June 10 and the singer-songwriter and multi-instrumentalist is understandably apprehensive. After months of anticipation and tireless promotion, his debut, under the name Mammoth WVH (EX1 Records), is hours away from arriving in stores. In fact, Wolf has been preparing for the day for more than five years, having began writing and recording the songs that appear on the record that long ago.

The record was actually completed more than a year ago – before the COVID-19 outbreak – giving his father the chance to proudly marvel over the results before succumbing to cancer last October.

Being born into rock royalty is not always advantageous. Such offspring do not always inherit their parents’ gifts, so when some do attempt musical careers, they immediately find themselves under media microscopes; just ask Sean Lennon, Jakob Dylan and Alexa Ray Joel. In Wolf’s case, when he joined Van Halen in 2006, at the ripe old age of 16, some fans were so focused on original bassist Michael Anthony’s absence that they failed to fully embrace the youngest Van Halen’s talent. Wolf’s immense abilities are displayed throughout Mammoth WVH. Not only did he compose all of its songs, but he also plays all the instruments (guitar, bass, keyboards and drums) and sings. The results have been acclaimed by both the media and the public.

It was on November 16, 2020, that Wolf introduced his music to the world. Paying tribute to his father – ironically on the Howard Stern Radio Show – he shared the powerful “Distance.” The accompanying music video, which soon followed, was a moving, bittersweet collection of home videos featuring Wolf and his parents during happier times. (FYI: The proceeds made from the song are being donated to Mr. Holland’s Opus.)

In between rehearsals for Mammoth WVH’s upcoming tour with Guns ‘N’ Roses, Wolfgang Van Halen spoke with The Aquarian.

I can no longer watch the music video for “Distance.” As beautiful and moving as it is, I cry like a baby during each viewing.

I could only watch it while I was getting it ready for release. It’s now too difficult for me to watch.

Did you consider leaving “Distance” off of the album?

I had not planned on releasing the song when I did. I had planned to hold on to the song for a while longer. Under the circumstances, however [Eddie Van Halen’s passing], it seemed like the right thing to do.

In retrospect, the song sets the lyrical tone for the record – still you’ve designated the track a “bonus.”

Previously it was only available as a digital download, but I wanted people who bought the physical album to have it.

How apprehensive are you now that the wait is almost over; that Mammoth WVH is finally being released?

It doesn’t feel real. Yes, there is a lot of excitement and a lot of anxiety. It’s this pretzel of emotion.

You have been promoting the record for months now, but you started working on it awhile ago.

Your father got to hear the finished album.

Yes. He got hear even more stuff, which will probably appear on future albums.

Did he give you any notes or advice?

No. He was just a proud father and happy to have the chance to listen to it.

The world has been aware of your musical talent for years. When did you realize that not only could you write songs, but that you could also sing?

I’ve been able to sing my whole life and singing [backup] was a big part of my job in Van Halen and the other projects I’ve been a part of [including Tremonti]. It just became something new to try, seeing how my voice would fit as a lead vocalist. It was probably some of the hardest work to figure out during the recording process. It took a lot of help and confidence boosting from [producer Michael “Elvis” Baskette].

How instrumental was Elvis in the creation of the album?

After a couple of songs, I felt comfortable with my singing and how it fit within the mix.

If you were Joe Schmo from Idaho, your debut would have been embraced as the introduction of an amazing new talent. That your last name is Van Halen must have brought along some undue pressure.

Do you feel vindicated by the reception to the record? Do you feel you’ve silenced the naysayers who gave you grief when you first joined Van Halen?

Regardless of how anyone feels about this record, I am proud of Mammoth WVH. I made the album that I wanted to make. In the long run, that is all that really matters. If people enjoy it and think it’s great, then that is a huge honor. First and foremost, however, I have never been prouder of anything I have done before. I have never worked harder on anything. It is 100% me. I am happy to be on the other side of it and be able to share it with everyone.

Playing all of the instruments on a record has to be incredibly difficult. It is akin to the same actor playing twins in a film. You actually played all the roles in the music video for “Don’t Back Down.”

[Laughing] It was a lot of fun and only took two days to film. The guy who put it together, my friend Gordy, did a great job.

Given your last name, no one would have faulted you if you dedicated your career to playing in bands like Tremonti. But you are so creative, so driven that you have been a one-man band. Do you have mixed feelings about bearing the Van Halen name?

I am trying to look outside that box. Van Halen fans know that the band was once called Mammoth, but casual music fans are not aware. It touches upon the legacy, but I am taking it in my own direction.

People seem to take ownership over the Van Halen name and do not realize that it was a name before it was a band and that it is my name. It is not as if I’m riding coattails by just existing.

You’ve proven that point on Mammoth WVH. It’s reminiscent of Dave Grohl, who wrote all the songs and recorded all the instruments and vocals on the first Foo Fighters record.

[Grohl] was one of my main influences and inspirations behind this project. I have always been a huge fan, especially of how he created that first album. And since I could also play all of the instruments, I said, “Let’s give it a go.” It was fun trying to figure out on my own what something would sound like.

Where did you put all of the music together?

Most of the songwriting for the album took place while Van Halen was on tour in 2015. When I returned home, I had 15 songs, the recording of which took place at 5150 [Eddie Van Halen’s famed studio].

What will become of the many songs you’ve written that did not appear on your debut? Are they finished? Do they require additional work? Or will they simply be discarded?

There are a handful of songs that hit the cutting room floor because we didn’t have the time to fully explore them. I’m excited to get back into the studio and check those out. There are a bunch of songs that I have written since [completing this record]. The next album is already there, I just have to record it. I am excited to see what the future holds.

Do you think your drive to continually create and write new songs is inherited?

There might be an affinity to writing and recording music, but if you don’t put in the practice, it’s not going to just come to you.

And like David Grohl did with Foo Fighters, you’ve assembled an actual band. Joining you are bassist Ronnie Ficarro, guitarist Jon Jourdan, guitarist Frank Sidoris, and drummer Garret Whitlock. In the future, will you continue to record alone, or will you include the band?

For the time being, I will continue to record alone. I have so much fun in the studio playing all of the instruments that I don’t want to give that up.

For live performances, however, I have found my guys and they are great. And we are really excited to get out there.

Hopefully, there will be no conflicts when Tremonti [who shares drummer Garret Whitlock with Mammoth WVH] releases a new album this fall.

Now you’re about to head out on tour opening for Guns ‘N’ Roses.

As Van Halen’s bassist, you’ve performed in some of the world’s largest venues, but this will be the first time you are standing front and center on stage.

[Laughing] I am nervous about everything, but with the G’N’R tour it has hit a fever pitch.

You are also starting a radio show?

I have a monthly SiriusXM radio show called “Top of the Pack” and it’ll be featured on the Classic Rewind Channel. I’ll be playing music I like, and, on the first episode, I will be premiering songs from the new album. It will be fun.

Author’s Note: The morning after this conversation, Wolf was so excited his album was finally in stores that he headed to Amoeba Records in Hollywood and purchased a copy.

FOR MORE INFORMATION ABOUT WOLFGANG VAN HALEN AND MAMMOTH WVH, CHECK OUT mammothwvh.com.