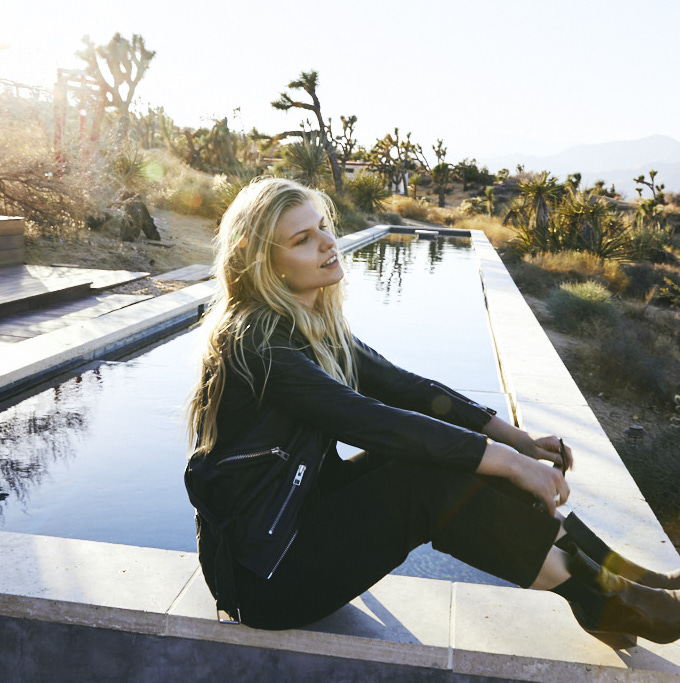 Brynn Elliott’s Can I Be Real? drops on Thursday, July 8, and sets music lovers everywhere on a path of modern self discovery, personal reflection, and hard-earned breaths of relief.

In 2018, we were adamant about sharing with our audience the impending live show that Brynn Elliott was having over the bridge in Brooklyn. A 100-something word Spotlight was all it took, and now, three years later, we’re back and chatting with the worldly and wise starlet. The singer-songwriter is honing her craft, inspiring others, and growing alongside her fans vulnerable release after vulnerable release. Her latest is just 24 hours away from dropping into the palms of her ever-growing fanbase. With well over half a million monthly listeners on Spotify and a catalog of songs worth adding to your very own playlists, Brynn Elliott is taking her post-Harvard life in stride… and we couldn’t be more proud.

“Can I Be Real?” is quite the statement to make – not just for an album title. When did you stumble upon this line and what made you want to make it the title to this forthcoming EP of yours?

I stumbled upon the question “Can I Be Real?” about mid-way through writing the EP. I knew after getting off the road promoting my first project that I wanted my next project to be authentic and to tackle this theme of what is truly real in this life. I had gotten a taste of a life of performance and promotion and loved it, but as a people-pleaser I realized how a life of performance could turn inauthentic, so I wanted to write songs directly to that experience. I had a session with Michelle Buzz and a songwriter named Solly. I sort of described to them how this project was about being real and authentic and Solly picked up the guitar and started humming the chorus melody with that question. From that moment on, Can I Be Real? became the frame of the EP because it summed up all of its themes – and I hope it’s a question that encourages those who listen to the EP to find what is real as well.

What do you hope that fans of your take away from this EP of yours as compared to your 2018 EP, Time Of Our Lives?

I think both EPs in their own way encourage people to be themselves and I hope that fans take that away from this current EP. I talk more specifically about beauty standards in our culture and the objectification of women in this EP, so I really hope women are encouraged in their own beauty.

We’ve actually been covering you for some time now. I wrote a Spotlight announcement on your show at Baby’s All Right almost exactly three years ago. When you think about the growth you’ve had, as well as the growth your fans have had alongside you, what crosses your mind? Do ever ponder on the fact that you and your fans are going through life hand-in-hand and maybe turn those thoughts into a song?

Oh, wow! That is so cool that you were at that Baby’s show. Thank you so much! I love this question. When I think of my fans I think of people who have been on this journey of me really figuring myself out. There are some people I know who follow me who have known my music from 2014, which were songs I wrote during high school and some of the most recent fans I have made during this COVID season. So it’s just really wonderful to be welcoming people in the family and to now know who I am as an artist. I have seen my fans grow, as well. One of my fans, Gracie, I met when she was just a teenager and now she’s at university completely taking over the world and it’s so exciting to see. I think maybe I should write a song about this!

Now that I know that much of the early days of your career just a handful of years ago took strong influence from your time at Harvard University. Since graduating and taking music full time, do you think your sound, or even approach to songwriting, has evolved in any way?

The biggest way my process has changed since graduating is just that it’s a bit faster! I wrote my first EP in the span of four years at school and this EP I wrote in about two months. I think I’m just getting quicker with my process and honing in my ear and skills more now because I have time that I didn’t have for that while in school.

Very few acts, especially soloists, have done as many live shows as you. Your stage presence is beyond notable, too, clearly being honed after years of practice, which has led to a wonderfully engaging and yet elegant form on stage. What about live music and performing in front of any amount of people is enticing to you? Do you ever draw inspiration from these experiences out in the real world?

What’s most enticing to me about live shows is the sheer miracle of it. The fact that people would spend time and money to hear me sing for an hour or more is just mind-boggling, so I know that when I walk on that stage I want to give them more than just my talent. I want to give them my whole heart and an experience that will cause them to feel more encouraged about their life when they step out of that venue. That’s what live music has done for me and it’s what I want to spend the rest of my life doing.

Speaking of touring, you’ve been guests and openers and co-headliners with the everyone from the likes of Alanis Morrissette to Why Don’t We. When sharing the stage in some capacity with this diverse group of well-trained performers, do you take note of anything they do? Can you think of anything someone you know tackled on stage that you wanted to implant into your own set?

Yes, I literally have notebooks filled with observations and things that I want to implement in my own shows from seeing these artists that I’ve opened for perform on tour. I also have had the privilege of speaking with many of them and getting their insights into my set. Brandi Carlile stands out in my mind. I remember opening for her in Kalamazoo, Michigan and during her set she got off the mic and went to the front of the stage and sang “Amazing Grace” to this huge theater of people. She created this devastatingly beautiful and intimate moment with her powerful voice for  this huge crowd. That moment will always stick with me and I hope to have similar moments  in my own shows.

“Letter To A Girl,” possibly your most poignant song to date – at least to me, someone who wholly expects it to be on the top of my Spotify Unwrapped list this year. Did you feel this song was as special as it turned out to be upon writing and recording it? Because it is beyond intimate and so empathetic and even more so relatable.

Wow, thank you. Yes, I must say my heart was pounding for about three days straight after writing “Letter To A Girl.” I wrote it with Jesse Thomas and Nathan Chapman and it was a deeply magical and spiritual experience writing that song.

On the topic of Spotify, many of your songs have had quite the fantastic run on the platform and streaming services of the like. Your career has surely reached new heights because of it. Fortunately, or unfortunately, songs often get plucked off albums, EP, and whole discographies for individual success on respective playlists. What is your perspective of certain songs living a life outside of the artistic package it was made for? Say, “Tell Me I’m Pretty” on the perfectly curated Confidence Boost playlist on Spotify.

This is a great question! I have a deep belief in the importance of albums and longer projects. Artists must continue making them and I hope to write my own album someday. I also love playlists and genuinely listen to them in my own life and have discovered many artists from them. I actually discovered Billie Eillish from a Spotify playlist that “Ocean Eyes” was on, so I have a profound respect for playlists and their ability to introduce fans to new music and artists.

BRYNN ELLIOTT’S CAN I BE REAL? EP IS OUT TOMORROW, 7/8, ON ALL STREAMING PLATFORMS!