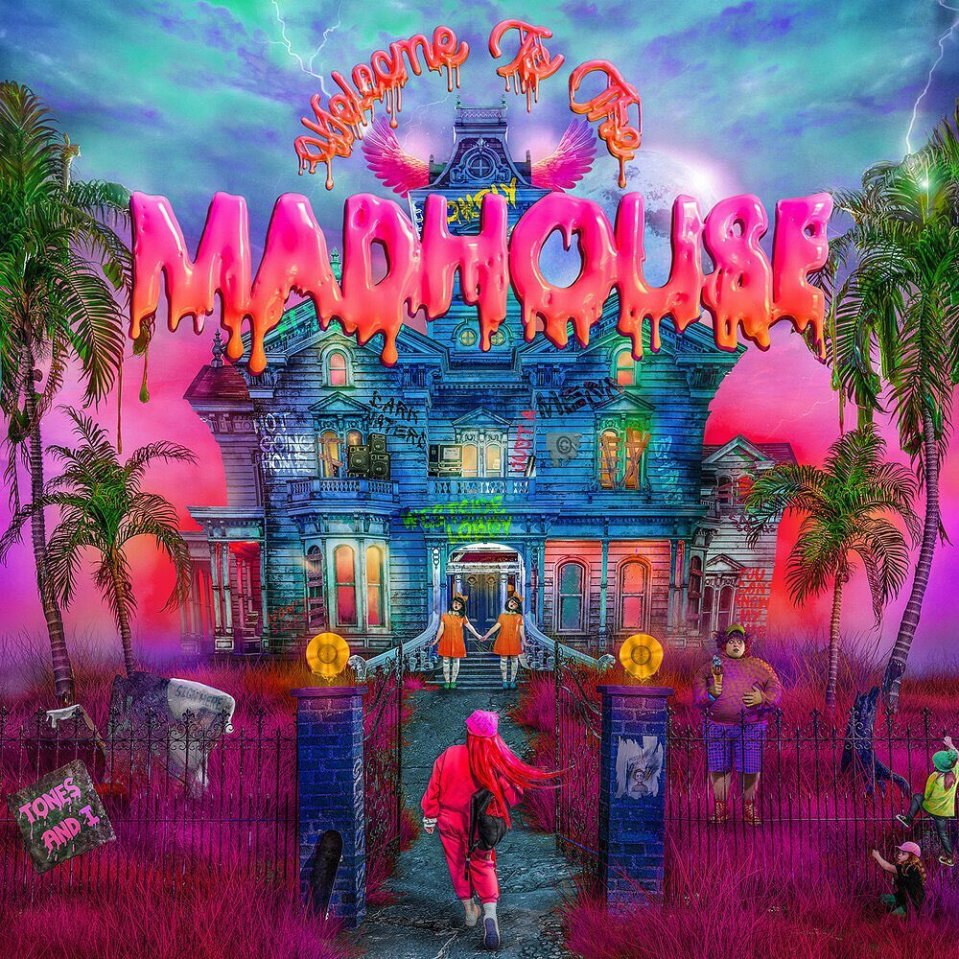 Diving Into The Catchy, Cathartic, “Madhouse” Debut from Tones And I

Australian solo singer-songwriter Toni Watson, known professionally as Tones and I, has been on the up-and-up in popularity even before the start of her commercial success in 2019. Tones didn’t enter the music scene with a label and producers – she began busking on her own at a young age. In 2009, under Toni Watson, she started playing festivals (and racking up awards) as the vocalist for a guitar-vocalist duo. Tones got her first looping machine in 2014 and took the solo artist route, proving to be a fruitful endeavor. It is worth mentioning that Tash Sultana, also hailing from Australia, began their solo career busking at a very young age, as well. Tones and I could be described as a poppier, bouncier Tash.

She continued busking all over Australia, quickly growing in popularity far before signing to a label in 2019 and releasing her first – and highly-acclaimed – single, “Dance Monkey.” Having won awards for her busking even before being signed, when the rest of the world was exposed to her pop-dance music and soulful vocals, she acquired several accolades in Australia and around 30 other countries.

Tones and I alone broke records for chart-topping singles since then, holding the astounding commendation of World’s No. 1 Songwriter based on streaming services in 2019. Welcome to the Madhouse, her debut LP, dropped today on July 16, 2021. Beginning with a haunting intro (“Madhouse”), she warns: “You must tell us all your secrets before you can explore… Beware, the air is different when you step inside the door, and smile, they’re all watching.”

She opens the record powerfully with “Lonely,” pouring her heart out, feeling isolated by her own feelings. She touches on so many modern issues going on today in just one song – mental health, over-medicating, the ugly side of social media, the importance of self care and the many forms it can come in. I can’t stop listening. “Why am I so damn lonely? / Am I the only one who feels this way?” You’re certainly not alone, Tones. This song has the potential to be quite cathartic for many listeners.

“Won’t Sleep” is a great song to bump for friends. With a looping beat to go along with the catchy chorus, singing about partying, this is a fun tune to dance along to like no one’s watching. Tones expresses her distaste for labels and assumptions made by press in “Westside Lobby,” which fits very well with her desire to keep her personal life hush-hush. “I’m so sick of people telling me I’m special… Take me to the Westside Lobby, it’s whеre I wanna go / Where I can do what I want and it’s thе only place I know.” It’s a straight, no-chaser kind of song; she’s sick of being criticized in the limelight, but she knows that’s where she belongs.

A single off the record, “Fly Away” continues to talk about how the judgement that comes with fame can be overwhelming, and she just wants an escape. Her sparkling and articulate style glows during the verses that focus mostly on nearly bare vocals, until the chorus builds up to a dance-pop rhythm with infectious bass. She has very specific intentions for this song.

Opening with the chorus, she tells a story of a relationship lost in “Sad Songs,” another cathartic yet catchy tune. For many listeners, this is another incredibly relatable piece: “We could’ve been the greatest…But now the sad songs help me through… Now I don’t wanna turn the radio on / But I’ll feel better when I hear a sad song.” In addition to being about escapism, the song itself is directly referencing how music creates a cathartic experience for the listener.

“Just a Mess” is a truly intimate song, discussing putting up a front when it comes to relationships in the public eye: “I know that I’m just a mess / And you’re just the person that changed my life.” In the bridge, she puts an emphasis on her feelings by escalating the vocals as well as the backing music, getting more thunderous throughout. The bass drops, looping, and passionate backing vocals poignantly drive her point across.

Not many go unscathed by a ring from their ex every time. “Child’s Play” is a post breakup song, in which Tones compares this relationship to a game, and she doesn’t want to play anymore: “Then I let it all, let it all go / Pretending that it’s over / We finally got closure / But then I hear my phone buzz.” In “Not Going Home,” the vocals are touching and almost barebones, and the blistering bridge hits hard, a theme throughout much of the record. During the breakdown she sings: “Everybody needs a, everybody needs a / Changing of the tides, changing of the tides / Everybody sees the, everybody sees the breaking.” She’s looking for something, and although she isn’t sure what that is – she won’t turn around until she finds it.

Melodic opening notes carry you into the first verse of “Dark Waters.” The pre-chorus builds up to the blindsiding chorus that gets more boisterous and high-spirited with every refrain. “And don’t you try to find me / ‘Cause the tide has pulled me deep / And I don’t wanna live forever in the sea / The tide keeps pulling mе away from who I used to be.” Tones maintains that she wishes to keep up a front, while admitting that she has good and bad days that pull her under sometimes. This may be the most impressive track on the album from a musical standpoint.

Subdued piano chords and a low backing beat open the popular single “Cloudy Day,” but that doesn’t last long, as it forms a poppy chorus that’ll surely make you get up and dance. Positive and upbeat, with more instrumentals than the rest of the album, this was a strong pre-release to set the tone for Tones’ debut. Singing gleefully, “But your momma always said, look up into the sky / Find the sun on a cloudy day,” she brings us a message of hope.

Evidently, someone had crossed the singer, as she spits slighting verses in “You Don’t Know My Name.” Opening with distorted vocals akin to the vibes given by “Welcome,” the backing beats almost say it themselves – this is a diss-track. Disarmingly smart and commanding, she won’t stand for being taken advantage of. She sings: “And you know I’d hate to tell your mother / Guess you’re not her angel after all / And I’d hate to tell your best friends / But I got a feeling that they already know.”

Slowing down for a minute, Tones exhibits a ballad that balances perfectly with the rest of the record, “Fall Apart.” This tune comes together with only a soft beat and a slower piano melody behind her vocals, and a harmonious bridge where she croons passionately. She decadently sings that she doesn’t want to lose her lover to time: “Missing pieces, baby / We’ll find our resolution someday / But there’s no one like you, baby / No one’s gonna heal our heartbreak.”

Concluding the album with a fiery track unlike the others, “Bars (RIP T)” is an excellent way to finish it off, with artful ways of telling her backstory: “He know I’m gonna write the words, I’m gonna play the strings / And don’t forget, I still f*ckin’ sing / Even on the street, I was a f*ckin’ king.” Self empowerment is a theme throughout the record, but this track really lights things up. She makes it clear that she’s a powerful woman, she will always remember where she came from and what she made for herself, and she’s damn proud of it all.

Tones and I maintains serious lyrical content while creating catchy, infectious music. By creating music that is cathartic for both herself and fans, she’s engineered a fabulous debut. Genius and empowering, her lyrics will take you by the hand and let you know you are not alone, whilst grabbing you with her musical prowess as well. I can’t help but feel her music is a fantastical mash-up of the likes of Melanie Martinez, MARINA, and Tash Sultana, with her own individual and quirky spin, crossing genres seamlessly. Whether you’re looking to dance along or have a personal introspective experience, this record will be another universal hit for Tones.

TONES AND I’S DEBUT ALBUM, WELCOME TO THE MADHOUSE, IS OUT NOW ON ALL STREAMING PLATFORMS! 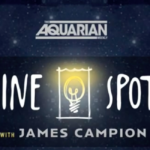 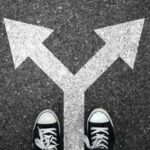 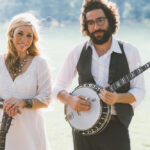 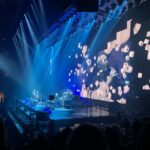