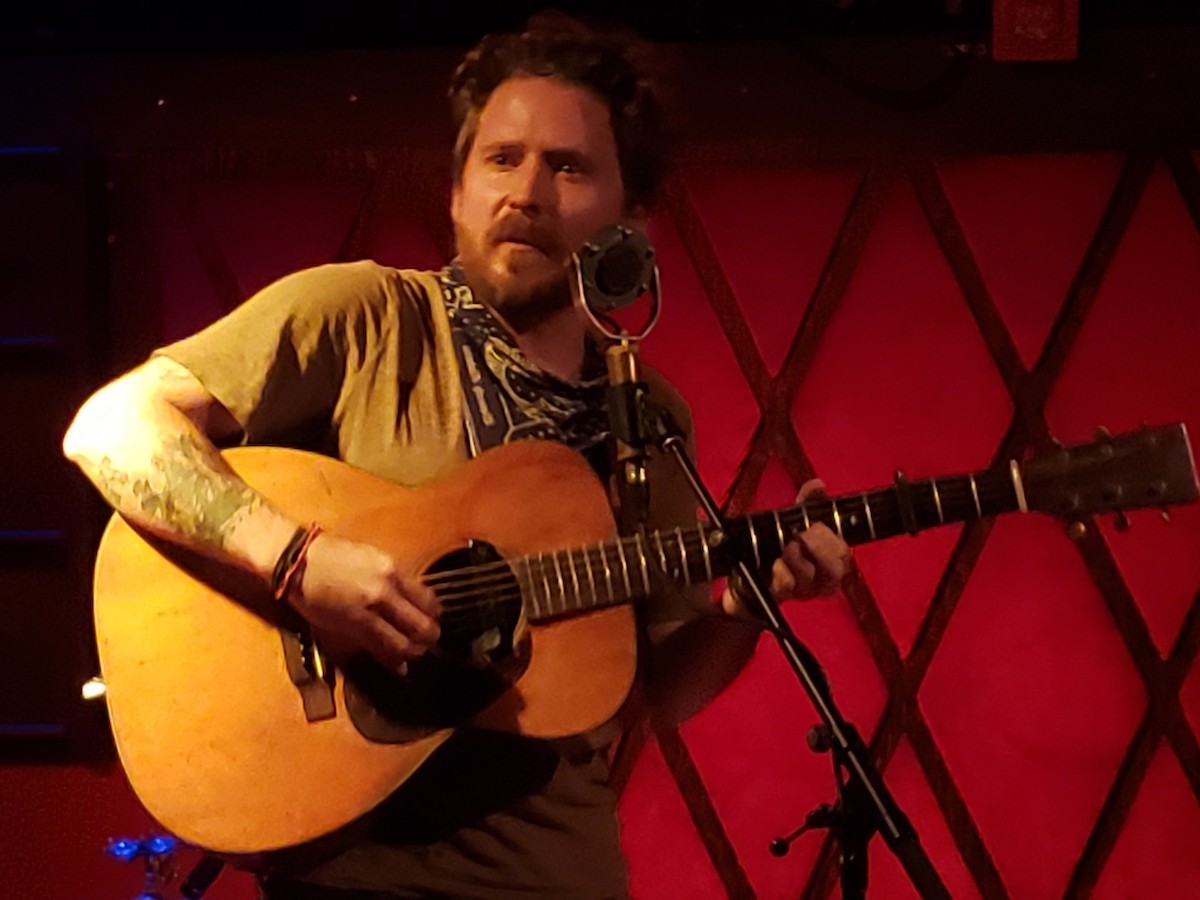 Christopher Paul Stelling lived in New York City for a few years. He has a restless soul, however. Originally from Daytona Beach, Florida, he has lived in Colorado, Washington, Massachusetts, and currently resides in Asheville, North Carolina. He spends a lot of time on the road, too, except that last year he had no choice but to cancel a west coast tour and settle down. He took the time to recluse and develop new songs. His sixth album,  Forgiving It All, will become available on September 24.

Stelling performs best as a solo artist, singing, playing guitar, and foot-stomping on an electronic pad that gives him a bass drum beat. Only for a couple of songs at Rockwood Music Hall, he sat behind a real bass drum and high-hat cymbal and played them with his feet while playing guitar with his hands, occasionally crashing a cymbal with the head of his guitar. Everything he did on that stage was all him – the lyrics, the passionate vocals, the fascinating guitar style, and those crashes felt like a cathartic release of some inner tensions.

The restless soul may be a basic part of the human condition, but it has served this troubadour well. Many of the songs in Stelling’s set reflected a longing for something possibly within reach but not yet attained. His soulful singing seemed to associate a degree of pain within the journey. While these sentiments seemed personal, they also resonated as more because, universally, life is not always a blast. His vocal delivery was muscular and masculine, yet vulnerable.

Perhaps the most special aspect of Stelling’s performance was that he played his acoustic guitars by finger-picking through most songs rather than implementing the far more common flat pick strumming technique. His finger-picking skills went a long way in adding color to his songs. He did strum sometimes, though, when he opted to ratchet the intensity of his songs. Stelling began performing at Rockwood Music Hall 13 years ago. Since moving out of New York, he has not played locally as often as in the past, when he would wind up as a last-minute support act at City Winery, for instance. Hopefully, the forthcoming release of his album will gain public interest that will bring him back this way again.