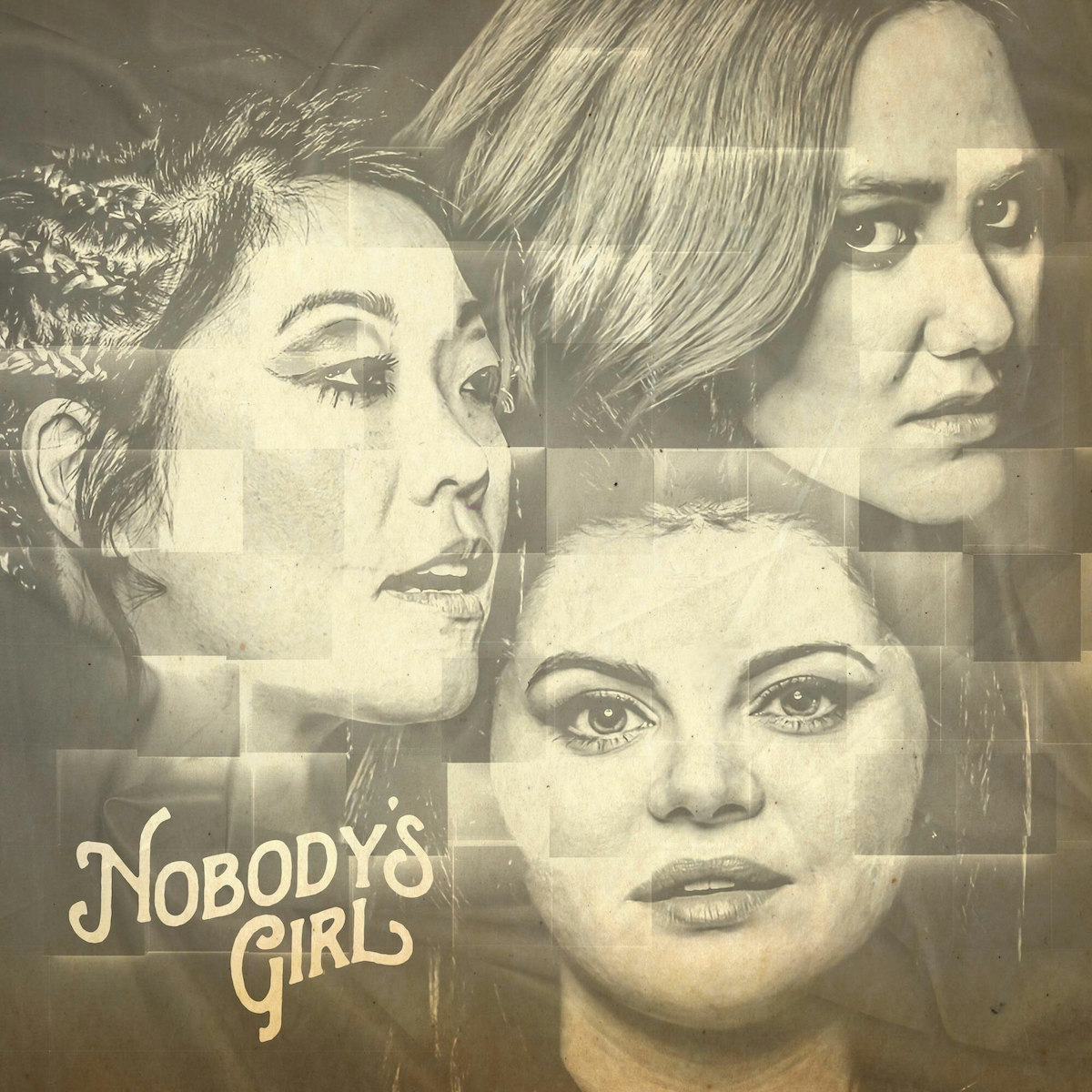 I can’t help but make comparisons between them and the likes of classic seventies girl group The Deadly Nightshade, as well as the more modern project BoyGenius (Phoebe Bridgers, Julien Baker and Lucy Dacus). The latter has more musical similarities, and the flawless harmonization brought forth by Nobody’s Girl on this record is reminiscent of the powerful vocals present with Boygenius, albeit with notable genre differences. This trio possess that identifiable country sound while maintaining a poppy flair to them. Regardless of whether you lean toward country, pop, or folk – this record will be delightfully replay-able.

The opener of this 11-track self-titled LP gets your foot tapping even before anyone begins to sing – and then suddenly we aren’t in “Kansas” anymore. You get your first taste of their glimmering harmonies in the chorus and there is a real sense of purpose behind the collaboration of voices, each one complimenting the other. Beginning with riffs rooted in country, the following tune “Rescued” soars with playful and rebellious words, “Don’t call the national guard / it’s just a little black dress / Trouble I find is the trouble I run to / Don’t wanna be saved / don’t wanna be rescued.” Meticulously coordinated harmonies run throughout the album and the following track “Tiger” is vocally harmonized from start to finish. This song runs in the same vein as the former, both giving center stage to empowerment.

Their single “Promised Land” rings out in a patriotic way, and it’s clear that they were writing with raw emotion and intention with the weight of their words. The musicians discuss the song with The Boot, explaining that though they’re calling out the bad, the song is still about hope for the country they love. Passionate and full of fire, their cover of “Beauty Way,” written by Eliza Gilkyson, makes you want to write music yourself, or at least sing along. Likely having found inspiration in the lyrics themselves, the trio does justice to the original tune, which is about encouraging anyone to follow their own dreams.  The pragmatic lyrics for “What’ll I Do” (about you, about you?), a Taylor-Swift-esque love song, outline the long term and short term of a relationship that’s more trouble than it’s worth. Weigh the good against the bad or follow your heart?

“Waterline” grabs the listener with thought-provoking lyricism, using a flood as a metaphor for surviving through dark times without certainty that you’ll make it through with everything intact. “This is not where I thought I’d be right now / This is nowhere, passion moved out…We stood on the rafters / Our natural disaster / The wreckage of happily ever after.” The whole song describes the feeling of nearly drowning, but managing to keep your head above water. “Right here, this is how high we watched it rise / Right here, here’s the waterline.” The harmonizing on this track is the icing on the cake.

“Birthright” is the most sentimental, heartstring-tugging song on the record as it is highlighting the value of family. This is a strong country pop song with a powerful bridge that could move your heart with harmony alone to the likes of Carrie Underwood’s style. Following comes a sweet piano melody and light plucking of strings – another cover, this time of the classic 1971 tune “So Far Away” by Carole King. They admirably maintain the faithful sound, in both vocal and musical stylization, with the exception of a subdued horn section replacing the flute parts in the original. As I took my first listen, I thought that this had to be a Joni Mitchell song, especially thanks to the addition of the horns; the words and piano haunted me and intrigued me. The connection is that Nobody’s Girl recorded this cover using the same piano both King and Mitchell played during the recording sessions of their legendary records Tapestry and Blue, respectively. The influences of Mitchell and King will definitely blow you away as the trio makes this classic all their own, all while staying true to the original music.

“The Morning After” focuses not so much on harmonies, but on the lyrics: “Spin sidewalks into silk / Glittering ahead of my feet…concrete is just concrete / Where do you go when your eyes go dark / Skin to skin / Still so far.” Not being able to escape the inevitable, they come to terms with the ending. “Do you even feel me anymore? / The morning after the night before.” Before leaving us, “Lark” gently soaks us in sweet vocals as the slowest track on the record. The trio’s melodic voices shine brightest in this piece… a perfect showcase of talent to end on.

Nobody’s Girl can easily go toe-to-toe with hugely prolific female voices in country and folk, as well as several other prominent trios. Each of the individuals in this group bring their own, various, unique characteristics and pop spirit, but they come together to create some special original pieces and breathe new life into classic covers. The Austin natives are going to show the world just what they are capable of through this debut record.

NOBODY’S GIRL, THE SELF-TITLED DEBUT FROM THE TEXAS TRIO, IS OUT NOW WHEREVER YOU LISTEN TO MUSIC!