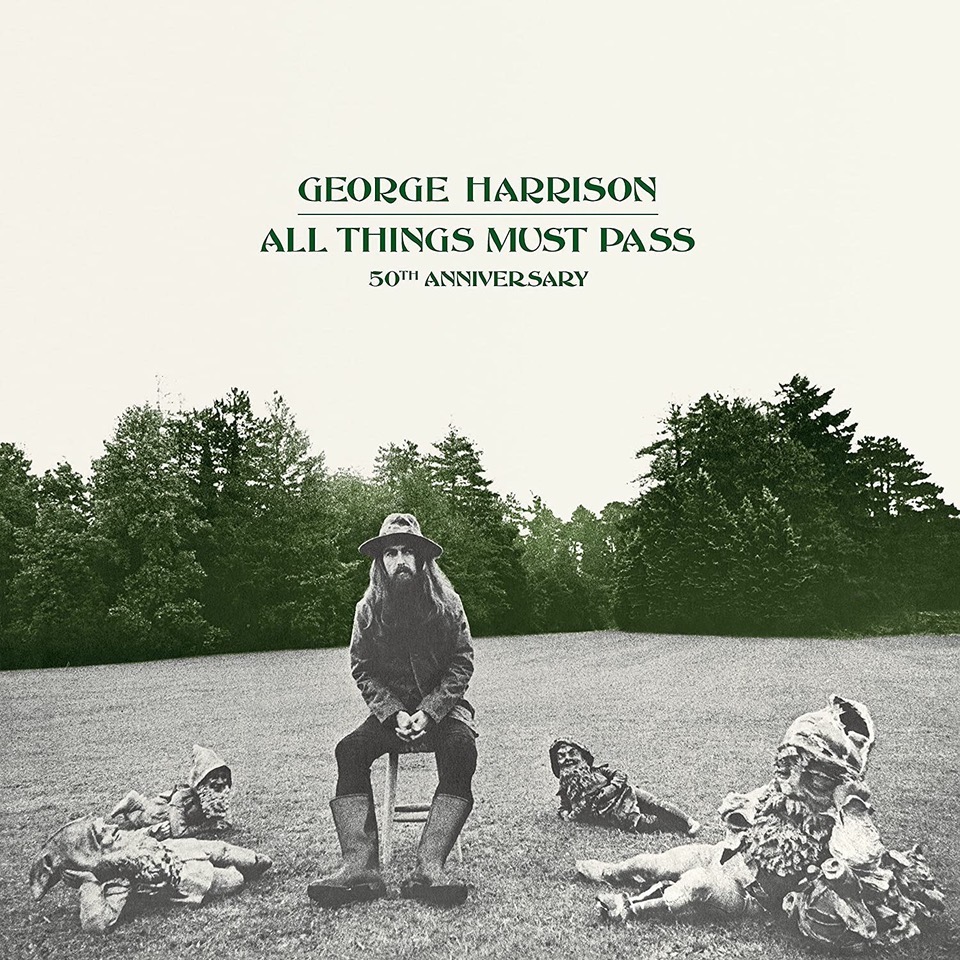 On The Record: George Harrison’s ‘All Things Must Pass’ (50th Anniversary Edition), Plus the Gun Club’s ‘Fire of Love’ (Deluxe Edition)

Once Beatles fans had digested the news of their breakup, which became official in April of 1970, attention turned to what would come next. Would John Lennon produce the first blockbuster solo album, or would that come from Paul McCartney, the group’s other principal songwriter?

The answer turned out to be neither of the above. McCartney’s eponymous solo debut, which appeared in the month of the breakup, did go double platinum and reach No. 1 in America but did not top charts in many other countries, did not produce a hit single, and did not elicit rave reviews. John Lennon/Plastic Ono Band, Lennon’s first post-Beatles LP, did win plaudits from critics when it came out in December 1970, but it sold less well than McCartney and made it only to No. 6 in the U.S.

The album topped charts in numerous countries, earned laudatory reviews, was ultimately certified 6X platinum, and is now widely regarded as one of the great records of the rock era. It also spawned a massive worldwide No. 1 smash hit in “My Sweet Lord,” the first solo single by a former Beatle to top charts in the U.S. or England.

(Harrison wasn’t the only ex-Beatle to exceed expectations: Starr scored no fewer than eight U.S. Top 10 singles between 1971 and 1975. But that’s another story.)

All Things Must Pass has been reissued several times – notably for its 30th and 40th anniversaries – but never quite as spectacularly as in its new 50th anniversary editions (which are actually appearing closer to the 51st anniversary). They include seven configurations, ranging from a basic two-CD set in a card sleeve to an “Uber Deluxe” version that comes in a wooden crate stuffed with goodies, including figurines of Harrison and the gnomes shown on the album cover and a wooden bookmark made from a felled oak tree at his Friar Park mansion.

That edition costs a rather astonishing thousand bucks, but if you can do without such add-ons as the bookmark and wooden box, you can get every bit of Uber Deluxe’s music on the much-less-costly “Super Deluxe” release. The two sets include the same 70 tracks – the 23 from the original album plus 47 demos, session outtakes, and studio jams, all but five of which were previously unreleased.

Also in the Super Deluxe package are a Blu-ray that features excellent high-res stereo and surround-sound mixes of the tracks from the 1970 LPs; a copy of the original album’s poster; and a 60-page softcover book, curated by Harrison’s widow Olivia, that features previously unseen diary entries, handwritten lyrics, photos, track notes, and fascinating trivia. The book additionally includes commentary by Harrison’s son Dhani, who executive produced the project, and Paul Hicks, who worked on the recent Lennon reissues and handled a remix and production for this release.

Fanatical fans might want to hang onto their copies of the original recording of All Things Must Pass, because the 1970 mix is one thing that’s not here. Instead, this set devotes the first two of its five CDs to Hicks’s excellent remix. As Harrison wrote in liner notes for the 30th anniversary edition: “It was difficult to resist re-mixing every track. All these years later, I would like to liberate some of the songs from the big production that seemed appropriate at the time.” He posthumously gets his wish on this release, whose mix removes just a bit of Spector’s influence.

The new edition offers numerous reminders that All Things Must Pass deserves its sterling reputation. Harrison was frustrated during his Fab Four years by the songwriting dominance of Lennon and McCartney (a couple of the songs here, including the title cut and “Isn’t It a Pity,” were actually rejected for Beatles albums), and all of his pent-up creativity – not to mention unused material from as far back as 1966 – came pouring out on this philosophical release, which manages to be spiritual and introspective without ever seeming ponderous or inaccessible.

On the contrary, this passionate and frequently upbeat music – which draws on rock, country, Indian influences, folk, pop, and more – is consistently engaging. Harrison wrote all of it by himself with the exception of “If Not for You,” which Bob Dylan penned; “I’d Have You Anytime,” for which Dylan wrote the chorus; and “It’s Johnny’s Birthday,” a 49-second song for Lennon that borrows the tune from “Congratulations,” a Cliff Richard hit.

Granted, the jams that fill the third LP of the original release are as forgettable as they are listenable (though they’re of historical importance in that they include the first recorded work by the group that became Derek and the Dominos). Nearly all of the 18 other tracks on All Things Must Pass are winners, however. In addition to the iconic “My Sweet Lord,” highlights include such numbers as “What Is Life,” which was also a hit single; “I Dig Love,” one of many songs to feature Harrison’s slide guitar; “Wah-Wah,” “Run of the Mill,” and “Isn’t It a Pity,” all of which reflect Harrison’s frustration as the Beatles imploded; the mystical “Beware of Darkness,” “Awaiting on You All,” and title cut; and “If Not for You,” which arguably outshines the version on Dylan’s almost simultaneously released New Morning.

The three discs of bonus material should prove a treasure trove for Harrison fans. Among the many treats here, most of which have not previously seen the light of day: “Going Down to Golders Green,” a song about riding a limousine to that London neighborhood that appears to echo the melody of Elvis Presley’s “Baby Let’s Play House;” “Sour Milk Sea,” a Harrison song that wound up on the debut release from Apple artist Jackie Lomax; and “I Live for You,” which showcases the ex-Beatle’s country side.

Harrison, of course, contributed some gems to Beatles albums, but typically no more than two tracks per disc. Listening to All Things Must Pass, you have to wonder how much more he could have enriched the group’s music if he’d had been given the chance.

The Gun Club, Fire of Love (Deluxe Edition). The L.A.-based Gun Club produced a lot of noteworthy music in their 17-year career, but this punk/blues outfit never delivered anything that quite equaled their 1981 debut. That album has just been reissued in a two-CD edition that includes extensive new liner notes and weds a digital remaster of the 11-track original release to 10 alternate versions and demos and a 10-song 1981 concert. All of the bonus performances were previously unreleased.

On standout numbers like “Sex Beat,” “She’s Like Heroin to Me,” “Jack on Fire,” and “Ghost on the Highway,” group leader Jeffrey Lee Pierce shrieks, sings, howls, and plays killer slide guitar while the band’s rhythm section maintains a monstrous beat. The result is a unique sound that’s as wild as the Sex Pistols, as intense as Talking Heads, and as invigorating as anything that issued from Southern California’s Paisley Underground movement.

Half the time, these guys sound as if they’ve got so much pent-up emotion that they’re about to boil over. The rest of the time, they’re boiling over.