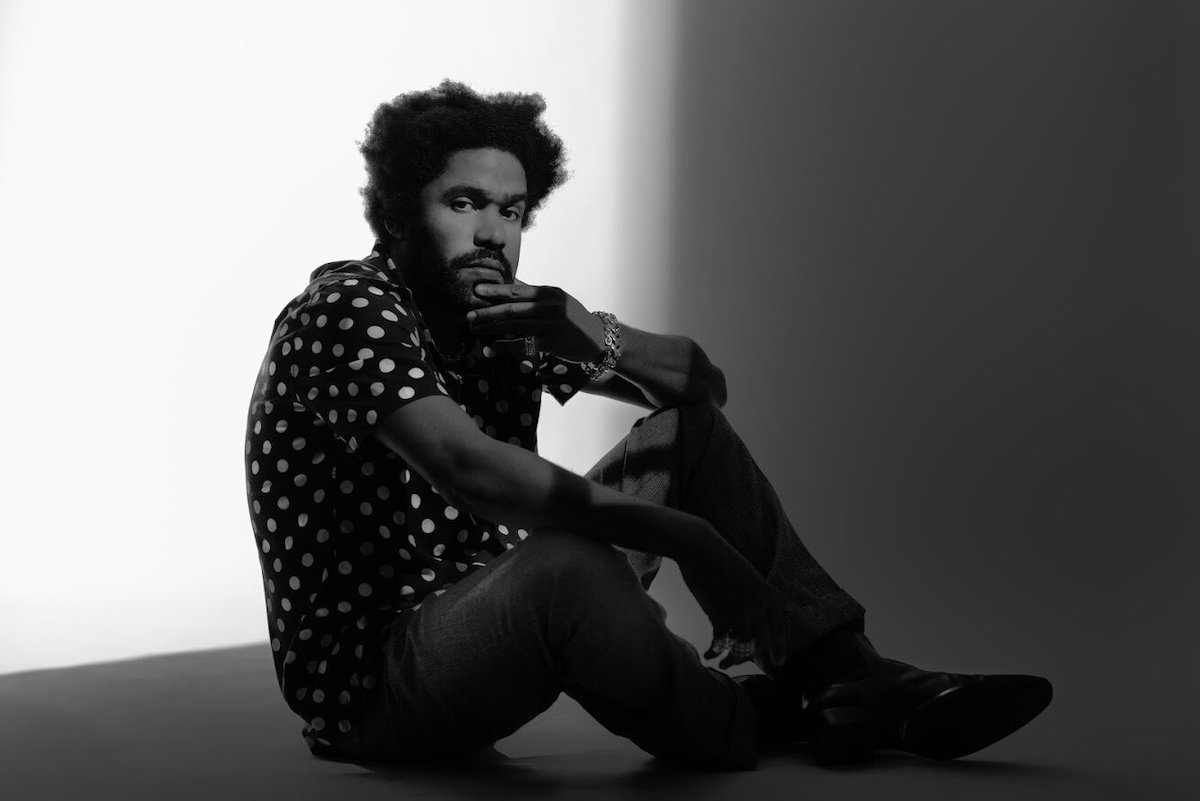 Tash Neal brings his new sound to the Music Hall Of Williamsburg.

Tash Neal got really personal when he released his debut solo album, Charge It To The Game, via Black Hill Records, on March 12. The former frontman and guitarist for The London Souls shed some emotional weight with songs about heartbreak, what goes around comes around and even a traumatic brain injury. He took a different approach to his usual rock and roll style, but still dove deep into grooves and harmonies. He also handled the production of the album while having a famous friend of his lend his sonic talents on a couple tracks. Performing with a full band, Neal will be taking the stage for his first actual live show in months at the Music Hall Of Williamsburg in Brooklyn on August 20.

We chatted ahead of the show about what he’s been able to do differently as a solo artist, digging cosmic funkiness, almost dying after a car accident, and aiming to lift other artists up.

In your opinion, what were you able to accomplish with Charge It To The Game that you weren’t able to do as part of The London Souls?

With this album, it provided me an opportunity to just get as personal as possible and be direct about my personal experiences. I wanted to tell the stories of the heavy things that I’ve been through in my life. It made sense to have this collection of music be out under my name rather than a London Souls situation.

It’s under your name so why not make it personal and make it the artistic representation of you? I totally get that. There’s a big funk and old school R&B presence within a lot of tracks, too. What do you view as the primary musical influences behind the album? From listening to it, you kind of have this Jimi Hendrix meets Al Green vibe with sprinkles of Parliament Funkadelic on top of it. There’s this cosmic funkiness going on.

I do love cosmic funkiness, I’d just like to say. That’s a pretty good adjective. My influences are kind of all over the place, I grew up listening to Sly & The Family Stone and a lot of guitar music. I got into rock & roll when I was a teenager but I also dug Earth, Wind & Fire and a lot of ninetieship hop since I grew up in New York City. That all comes through in songs like “Boomerang,” where I’m singing the verse with a rapping staccato kind of vibe and I’ve never done anything like that on a recording before.

I feel like this album in terms of influences is a filter of the stuff I love so much and it’s kind of synthesized and crystalized in this collection. It encompasses a bunch of things.

I love how you have this combination of groovy funk with harmonic soul, unbridled emotion, and a little bit of artistic freedom in the album. I really dig it. Dan Auerbach from The Black Keys produced the tracks “Like A Glove” and “Catching Up” off of the album, so how were you able to get him into the fold? Have you known each other for a while and you reached out to him or did it happen in another way?

With Dan it’s funny because we actually met years and years before while being at the same recording studio together. I’ve known Damon Dash, who runs Rock-A-Fella Records with Jay-Z, for a while, and at the time we started working together he was working with The Black Keys on a project called Blakroc.

Yeah, I’d be playing these shows and I’d look up seeing Dan Auerbach in the audience with Patrick Carney just hanging out and it was pretty wild. It’s kind of a full circle situation many years later with him producing a couple very personal tracks. It was truly an incredible and beautiful thing.

It’s awesome how the Blakroc album morphed into a connection for you. “All I See Is Blood” details a car accident you had back in 2012 where a taxi cab you were in got t-boned by a drag racer in downtown Manhattan. You nearly died from this and you had to go through brain surgery before going into a medically induced coma. After you went through this ordeal, how long did it take for your cognitive function to come back in order to play guitar and sing again?

I was really, really close to death so obviously I couldn’t sing and perform immediately when I wanted to. Before I even walked again, the first guitar that I wrote the album on was in the room. My parents and my whole family were very supportive and they’ve always been. The guitar was in the room and I had motioned for it. I remember playing it while I was on my back and I was a little slow but I felt like I knew who I was, it kind of reignited whatever makes me myself on the inside.

It was a special moment, seriously. After that, a lot of people didn’t know that I suffered a severe brain injury, but when I got home I learned to remember the songs and to be able to play like I did before. I had to wear a helmet at the time because the car crash took half of my skull and I was recovering, but from practicing I could remember some songs and that’s when I knew I was going to be alright. I had to get a plate put in to make my skull complete and then I started to hit the road again to play my first show a month after my second brain surgery.

That’s an incredible story and it’s great that you were able to have that comfort in the hospital room while that happened. Having your guitar, having your family there, and having that support with you to get through this horrible event in your life. I’m glad that you can talk about it rather than something worse.

No problem. To play the long game, what do you aim to accomplish as a solo artist now since you’re doing your own thing? What will be the apex for you going forward?

Well, I got the next album written that I plan on continuing to create. I want to start putting other artists out there. I’ve been getting into the publishing business and that’s really my future. It’s pretty much doing music and art and putting out artists that I believe in as well – I think it’s important. With the pandemic forcing everyone to be off the road, some things are difficult, but there’s really nothing like playing a rock and roll show and exchanging that energy. I’m glad we’re getting back to that in a safe way and I plan on continuing to do that as a solo artist with my band. I feel very positive about the future and I feel really fortunate and thankful.

TASH NEAL IS COMING TO MUSIC HALL OF WILLIAMSBURG IN BROOKLYN, NY ON AUGUST 20. FOR TICKETS AND INFO, CLICK HERE!