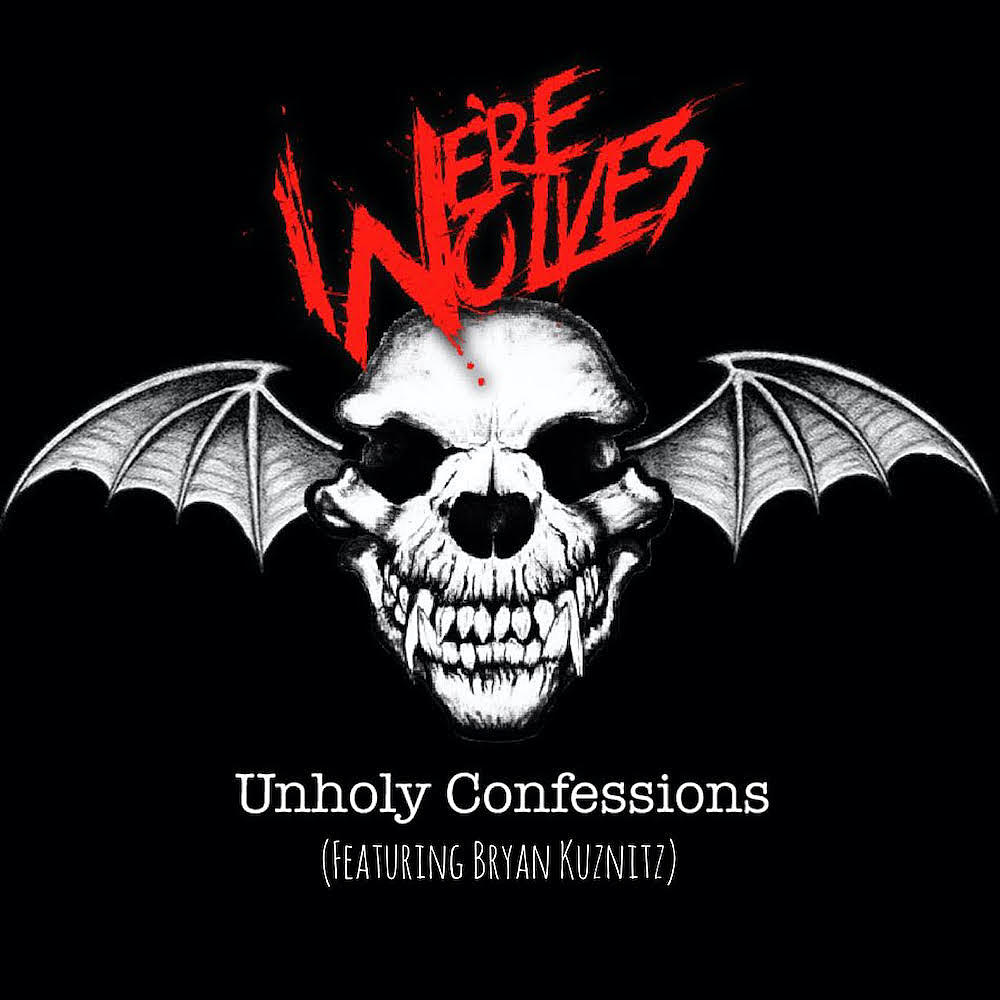 “Unholy Confessions,” a staple for all A7X fans, was given the We’re Wolves treatment this week, setting the stage for a stellar metal career…. At least, that is if you ask us.

Avenged Sevenfold, A7X, Avengers – no matter how you know the beloved California metalcore group, you know that they are one of rock’s most passionate, rhythmic, and prolific groups. Therefore, the act of taking them on – even just through covering one of their songs – is a nerve-wracking one to say the least. With seven studio albums to their name and over two decades of performing under their belt, it’s hard to go toe-to-toe with them… let alone try to impress their generation-spanning, extraordinarily loyal fanbase. We’re Wolves, though, they took that risk, and we have to admit that we couldn’t be happier about it.

We’re Wolves, fellow metalcore band with a bit less of an alternative edge but just as much devotion to telling a story through their music, just released a new single and it is a cover of A7X’s “Unholy Confessions.” The younger, yet versatile group that hails from Florida breathed a surprisingly amount of new life into the classic heavy metal track. Alongside Bryan Kuznitz, who also mixed and mastered this modern single version of the hit, “Unholy Confessions” 2.0 is We’re Wolves’ claim to insurmountable hard rock respect.

The song and video for the soon-to-be hit cover plays just enough homage to the original, which allows even the most hardcore Avenged Sevenfold band to adore this ferocious, borderline cosmic track. We’re Wolves effortlessly emulates the energy and aura of the rockers before them; still, this version is open-minded enough in both it’s musicality and production quality to give their own talents a chance to shine.

Every perfectly imperfect scream and rollercoaster vocals are reminiscently of the early days of M. Shadows, so AJ Diaferio, We’re Wolves’ frontman, is both a reminder of that basement-show-metal-moshing time period with one of the still-edgiest rock bands out there, but is also a poignant, contemporary, and astoundingly tuneful singer for the 2020s to welcome with open arms.

“Unholy Confessions” hails from A7x’s 2003 masterpiece sophomore record, if you will, Waking the Fallen. The song, a single for themselves, as well, opened up a multitude of doors for them and the entire hard rock genre. For We’re Wolves, it’s already doing the same – and rightfully so. The track deals with pain, breakups, backstabbing, and the realities of tragically fallen, vengeful, practically cursed relationships. Unclean vocal runs and heavy instrumentation, from the slick bass lines to the rousing chords, fit the bill for the narrative. We’re Wolves takes that on with tenacity and ferociousness many can’t.

From the first slick electric guitar riff to the very last head-banging drum beat, this version of “Unholy Confessions” is raw and reckless in the best 2021 metalcore way possible. The five piece that is We’re Wolves knew what they were doing as rockstars, metalheads, and Avenged Sevenfold fans for this latest release. They’re just that good, just that smart, and just that rip-roaring.

WE’RE WOLVES’ “UNHOLY CONFESSIONS” IS OUT NOW! IT LEADS UP TO THEIR FORTHCOMING RECORD OUT THIS OCTOBER!