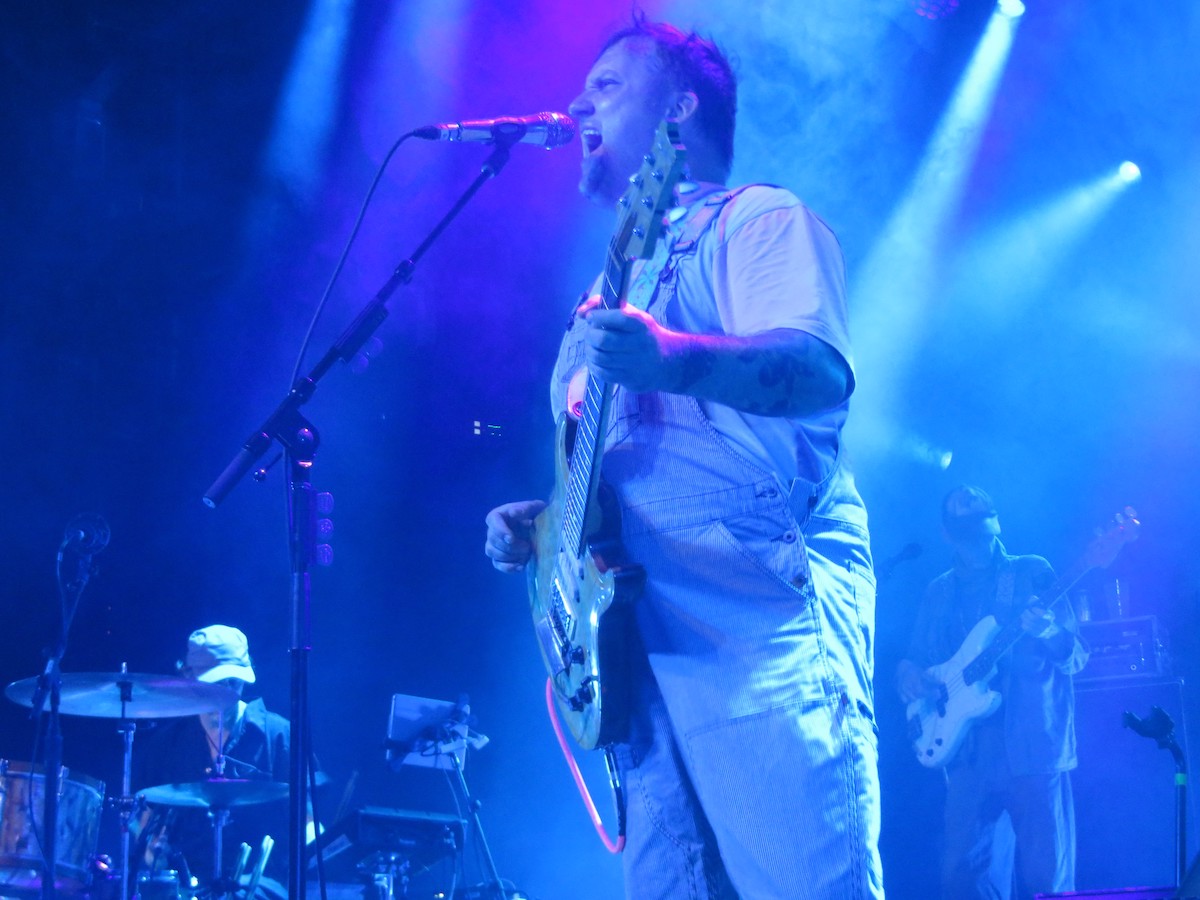 A lot of New Yorkers enjoy peculiar, quirky rock music. That was evident when Modest Mouse sold out in advance its four-night residency at Brooklyn Steel that launched on August 11. Indie rock still reigns in Brooklyn.

Formed in 1992 in Issaquah, Washington, and currently based in Portland, Oregon, Modest Mouse is led by vocalist/guitarist Isaac Brock, the band’s only consistent member. He has been a puzzle since the beginning, in that his lyrics have never been narrative confessionals but rather jagged poetic expressions of pessimism, disaffection and angst. Modest Mouse’s seventh and most recent studio album, The Golden Casket, released on June 25, 2021, introduced a few glimmers of hope and gratitude that seemed rooted in a matured refection. Mostly, however, Brock continued to ponder cynically the world outside him, from racist cowboys to political confrontations. Curiously, the singer who years ago wrote about observing the world by taking long drives now writes more about how he would rather stay safe at home in his own little world. Maybe the pandemic era generated this effect.

The Golden Casket was released after a six-year period of near silence. As such, the first night at Brooklyn Steel saw Modest Mouse perform seven tracks from the new album. The band also performed a few songs from each of the earlier albums for a whopping total of 22 songs.

Following the direction of the performance was a challenge for anyone not familiar with the recorded catalog. Throughout the performance, the melodies and arrangements were unorthodox. Tempos and signatures changed suddenly, making many songs sound like musical suites. Crashing moments descended from nowhere and then vanished. Jangling, angular guitar picking powered many of the arrangements. A banjo and an occasional horn varied the song structure. With such an avoidance of conventional composition, the only certainty was that Brock periodically would return to roaring rather than singing his lyrics.

Modest Mouse’s opening-night concert lasted about two hours, and including a seven-song encore. The band would perform a different set at each of the four nights. The audience bounced to the eccentric movements of the songs but probably left the venue no closer to comprehending what Isaac Brock was all about.