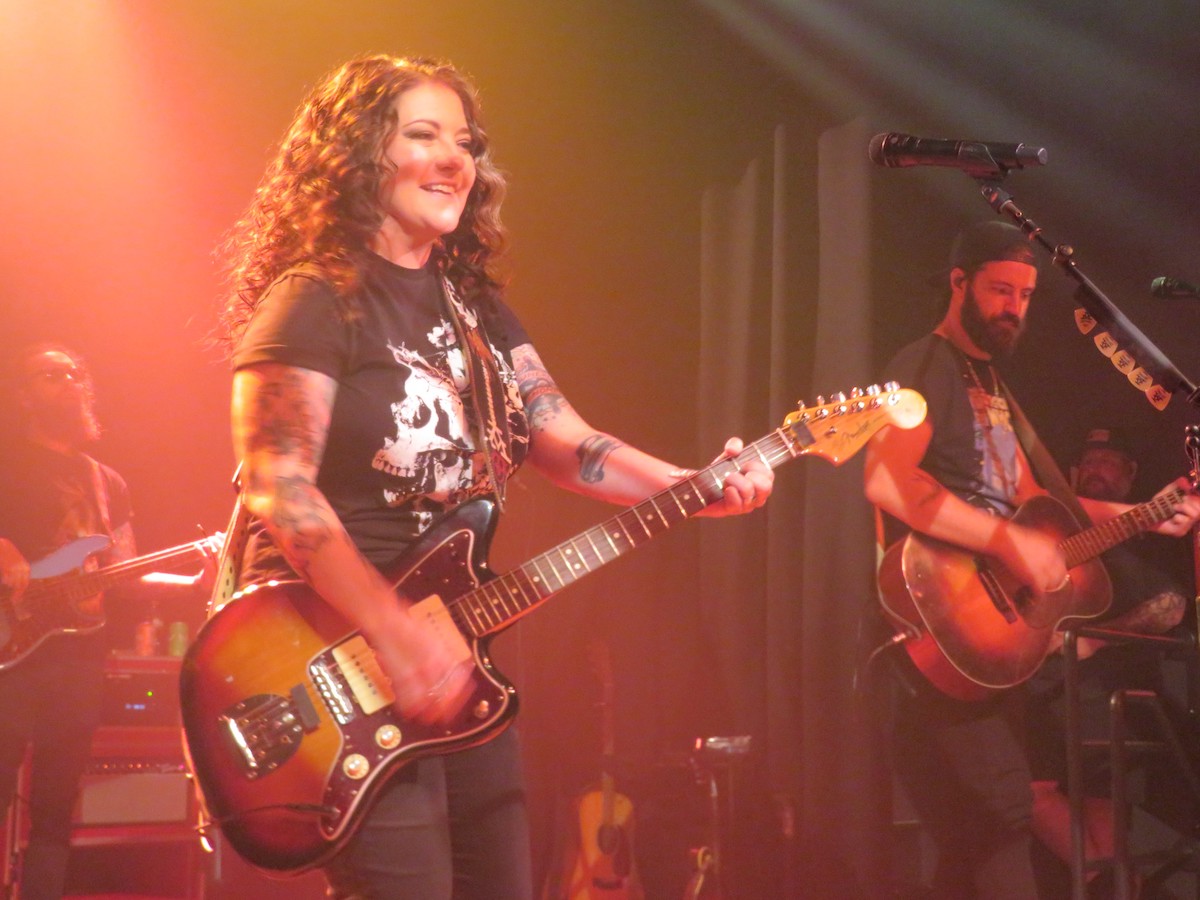 New York City typically has not supported well its country music radio stations or live music venues. Usually, only a handful of happening country music artists will headline at a prominent music venue each year. Ashley McBryde is among the brave ones. She, her band and her crew came to the Big Apple to headline a show at Irving Plaza just as New York venues were starting to reopen and limited numbers of residents were beginning to attend concerts again.

McBryde is among the many emerging country artists who seem to be on the verge of widespread commercial success. Born and raised in Arkansas, where she learned to play her father’s guitar, her aspirations to succeed in country music led her to relocate to Nashville, Tennessee. Since 2006, she has recorded four albums and an EP, won the Country Showdown in 2009 and 2010, enjoyed some country radio activity, and won several country music awards.

At Irving Plaza, McBryde was a bundle of energy. Her voice was strong and forceful, and her band, Deadhorse, rocked. For a few songs, McBryde stripped the arrangements to showcase traditional country roots. For the most part, however, McBryde sang country-styled melodies, and the band (guitarists Chris Harris and Matt Helmkamp, bassist Chris Sancho, and drummer Quinn Hill) was very much a rock band. Fortunately, the band supported McBryde’s powerful vocals and never masked the star attraction by overstepping its support position.

The formula seemed perfect. Rich lead vocals, discernible lyrics, accessible melodies, dynamic arrangements, gang harmonies on choruses, rocking band — why is this outfit not more popular? Perhaps the reason might be that the country market is glutted right now with artists committed to using a very similar country-pop hybrid.

The audience responded appropriately, called for an encore and purchased merchandise. Alas, despite all the energy she put into her performance, McBryde performed to a less-than-half-full club. Except for small pockets of faithful fans, New Yorkers apparently still remain far from supporting today’s country music industry.