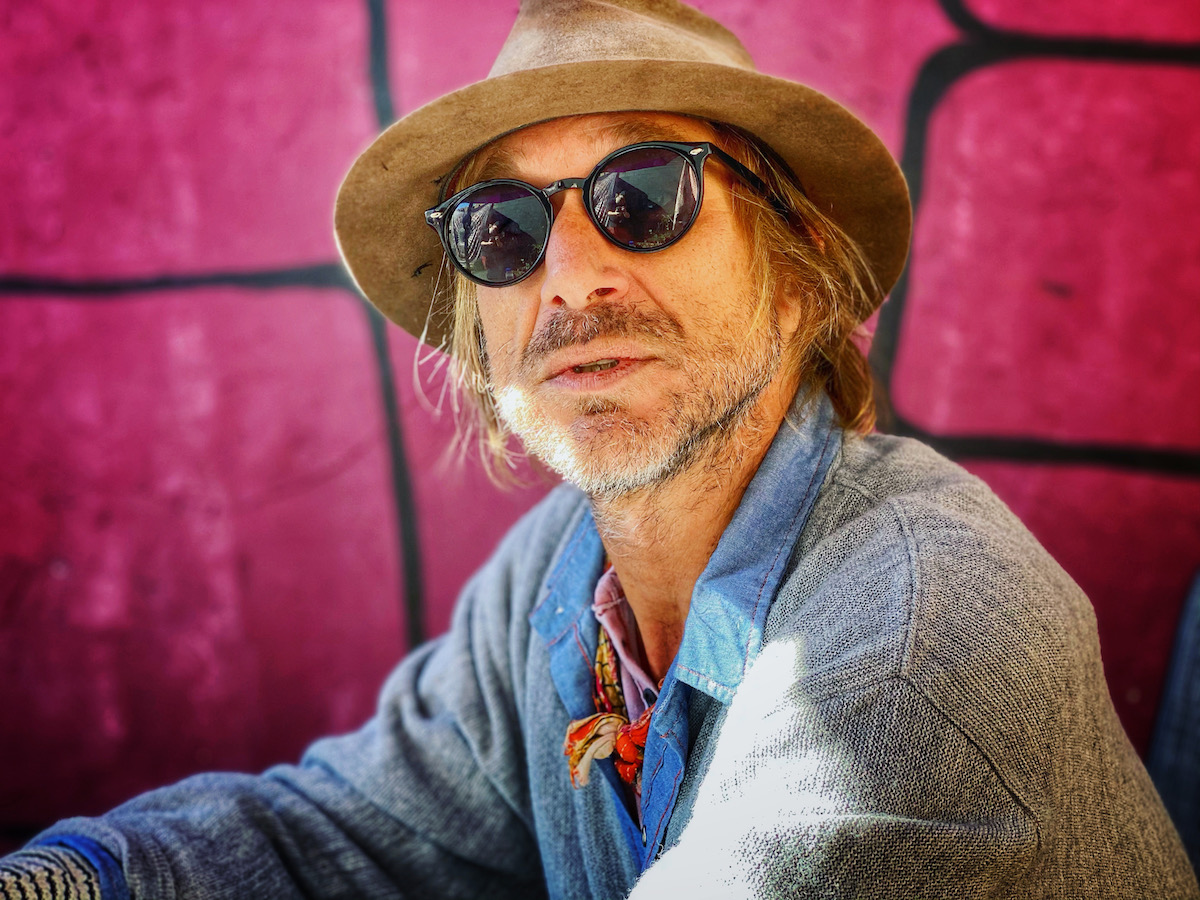 From couch surfing to critical acclaim, Todd Snider has run the gamut in terms of starting out as a starving artist and becoming a beloved musician. What comes next after over two decades of living his dream, though? Lots of touring, first and foremost, but then a very unique take on retirement.

As he embarks on an extensive U.S. tour (which includes a show at New York City’s Gramercy Theatre on August 30), acclaimed singer-songwriter Todd Snider’s relief is palpable. He’d been touring non-stop since 1994 until the COVID-19 pandemic forced him to stay home in East Nashville, and he admits that this led to a self-destructive time.

“I went real crazy and took a ton of drugs because so many people died,” he says, “Two suicides and three [other] deaths, and I lost my dog – the year, it just feels like it should have come with a warning sign because it was the hardest year I ever had.”

Eventually, Snider was able to shift his energy toward creating a new album instead. The result, First Agnostic Church of Hope and Wonder (released in April), actually sounds upbeat – which Snider says was a deliberate approach that he and his team decided to take: “When we started, it was going to be wallow-y – and then all of us were like, ‘Fuck that!’” Instead, he began “singing about what was going to happen after this, as opposed to how dark it was during this. Someday maybe I’ll make up a sad record about that year, but I couldn’t do it as it was happening. It would have just been too bloody.”

Snider will play songs from this new release during his upcoming shows, but he says his main reason for this tour is to record it all, then pick out the highlights and release that as a live album. He plans to name it The Comeback Special “because the last song on the last record says I’m going to make a comeback. And then Elvis had that Comeback Special,” he says, referring to Elvis Presley’s 1968 career-reviving television concert. Snider laughs when asked if he plans to wear a black leather jumpsuit, as Elvis did in his show. “Maybe so! And have my name in red dots behind me. I might also do that Elvis song “If I Can Dream.” We’ll see.”

Whatever Snider has in store, it’ll definitely be a lot less slick than anything Elvis ever did onstage. His shows, he says, are “a lot like somebody singing on the corner.” He’s also renowned for his clever between-song stories – hence the official name of this tour: “Return of the Storyteller.”

Snider says he doesn’t plan what songs or stories he’ll do on any given night. “It’s pretty spur-of-the-moment,” he says. “Usually, I just go out and check the temperature of the place and give myself to whatever it is. I don’t want to have an agenda. I know some artists have set lists, but I don’t have a goal for the gig. I just want to go out and be part of it.”

As Snider recalls, his knack for songwriting and storytelling came as something of a surprise, as there was no indication that he had talent for anything in particular when he was growing up in Portland, Oregon. “In high school, they voted me ‘Most Ambitious.’ It was like a joke. Everybody laughed when they called it out. I was like our [Jeff] Spicoli,” he says, referencing Sean Penn’s amiable stoner character in the 1982 film Fast Times at Ridgemont High. He adds with a laugh: “That’s what sort of drove me to music: I was already good at being an idiot backstage.”

Snider may not have been ambitious, but he was curious and restless. “I wanted to see everything,” he says. As soon as he graduated from high school, he moved to Santa Rosa, California, then roamed around the country for a while. “I didn’t really have any plans, so I just was really a traveler, living sofa to sofa,” he says.

When he was 21-years-old, Snider saw the revered singer-songwriter Jerry Jeff Walker playing a show in Austin, Texas. Snider recalls this as the moment that changed his life: “He was alone, no band. He just had one guitar and he started playing chords and singing about being a transient person and being a broke person. He was putting a romantic spin on it. That was the first time I ever saw what you call a troubadour, or a Woody Guthrie type person. I thought, ‘If I had a guitar, I could probably drift around a little easier, because people pick up a [hitchhiking] guy with a guitar before they just pick up some guy.”

There was a problem, though: Snider didn’t know how to play the guitar. He immediately set about fixing that. “I got really obsessed with it – I practiced a lot, lot, lot,” he says. He moved again, this time to Memphis, Tennessee, where he found work as a busboy, and he wrote his first song about that experience. His job was at a restaurant where folk singers would perform, which allowed him to kick off his performing career. “The owner made me get up and play my song about being a busboy, and everybody liked it. After that, I just said, ‘Fuck it, I’ve got one song – I just need nine more.”

But he estimates it was actually “250 songs later before I got a record contract.” He released his debut album, Songs for the Daily Planet, in 1994, and his esoteric blend of folk, Americana and alt-country (and witty, often humorous lyrics) was immediately met with critical acclaim. Since then, Snider has gone on to release more than a dozen studio albums. (Snider paid homage to the artist who had so inspired him with 2012’s Time as We Know It: The Songs of Jerry Jeff Walker.)

Often choosing to address unusual topics with a wry sense of humor, Snider has always set himself apart from the more serious singer-songwriter types. And he definitely stands out in Nashville, where he moved about 20 years ago, though he says he doesn’t mind the mainstream country scene that dominates that city. “I like commercial country music, [but] I never had a talent to make it,” he says. “Like, I don’t think I could make up one of those hits.”

Instead, Snider identifies much more with singer-songwriters such as Kris Kristofferson, John Prine, Billy Joe Shaver, and Guy Clark. “It’s like a cult of these hitchhikers that morph into troubadours, as opposed to kids that went to music school and came here [to Nashville] to make it real big,” he says. “There’s just another level of people that came here to get away with whatever they could.”

Snider is candid about how hard it can be to pursue this type of authentic artistry, however. “I keep thinking I’m done. I keep wanting to quit. I keep going, ‘That’s it,’” he says. “I mean, it’s kind of a long process, and it can be embarrassing. Also, how much could there possibly be to say? If you’re really a poet, won’t you say it eventually and then shut up?

“Like, my favorite poet is this guy named Alan Watts,” Snider continues, “and for the last ten years of his life he just made animal sounds and laughed. I’d like to do that. But you couldn’t fake that. You’d have to go full crazy to get there. You couldn’t just affect it. I wouldn’t mind. I’ve taken tons of acid and stuff like that. I wouldn’t mind just frying all the way out and then just sitting on a porch and whistle and shuffle cards and just be the guy who went too far. That doesn’t sound like the worst way to go out.”

Luckily, that plan isn’t being set into motion just yet, with Snider set to do solo tour dates for the rest of the year, then further shows with his full band in 2022. Hopefully, this “Return of the Storyteller” won’t be his last.

FOR INFORMATION ON ALL THINGS TODD SNIDER / RETURN OF THE STORYTELLER TOUR (COMING TO THE GRAMERCY THEATRE ON 8/30), VISIT HIS WEBSITE!