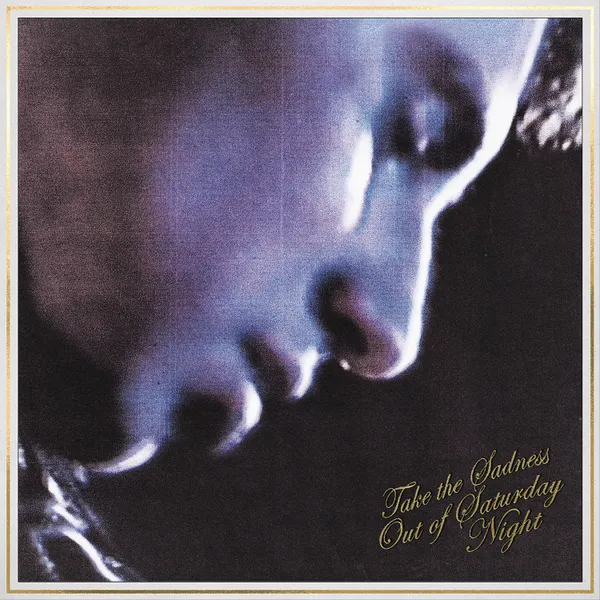 Famous friends and esteemed collaborators may play a large role in Jack Antonoff’s day-to-day, but he lets his own roots shine on the new Bleachers album.

Bleachers’ latest LP, Take the Sadness Out of Saturday Night, takes indie pop storytelling to the next level. Never letting his songwriting skills fade – having been previously involved in projects Steel Train and fun. – Bleachers frontman Jack Antonoff has been very busy since Bleachers’ last record. He has since written for the likes of Taylor Swift, Lana Del Rey, Troye Sivan, and Lorde. Antonoff’s songwriting wins awards left and right; when you hear a hit on the radio, it may be wise to ask yourself if he had a hand in it. Having co-written and produced for many icons and been so prominent in the field, it is appropriate to consider him an icon himself. Bleachers have come back with their third studio album, where the star singer-songwriter that is Jack Antonoff discusses relationships, heartache, family, and much more.

On album opener “91,” Antonoff engages listeners by giving us a look into his life – the past, present, and future. He talks of his mother, relationships he’s been involved in, and existentialism: “Just like you, I can’t leave / Hey I’m here but I’m not / Just like you, I can’t leave / I’m here but I’ve been gone just a little too long now.” The song tapers off with a choir-like outro that makes the listener connect with the chorus even more. “91” is extremely reminiscent of a fun. tune, showing us just how much influence Antonoff’s writing has in his other project, as well.

The second track and shining star of this record, “Chinatown,” featuring the one-and-only Bruce Springsteen, has the potential to become a love song for the ages. Springsteen’s influence has been a prominent aspect of Bleachers and this extraordinary meant-to-be collaboration gleams with lyrical genius. This collab is also a grand shout out to the New Jersey community. Antonoff found a sweet spot in songwriting on “Chinatown,” shining just as bright as previous Bleachers’ singles, but perhaps even topping them as his best love song yet. He sings, “But a girl like you / Could rip me out of my head…I’ll take you out of the city / Honey right into the shadow / Because I wanna find tomorrow / Yeah I wanna find tomorrow with you baby.”

The jazzy “How Dare You Want More” begins with cheery guitar and blooms into a catchy saxophone-charged tune that ends on a satisfying downbeat. Bleachers’ unmistakable Springsteen influences are flashy and bright in “Big Life,” sister-song to “Secret Life,” which features Lana Del Rey. With much fanfare, Antonoff sings in “Big Life:” “I wanna know the part of you that light doesn’t touch / I wanna know what happens when we’re bored in love / ‘Cause I’m after a big life.” In “Secret Life,” though, he leisurely sings the chorus, “I just want a secret life / Where you and I can get bored out our minds / I just wanna have you in a secret life,” while Lana sings a gentle, dreamy harmony.

The bassline and horn section are the stars in “Stop Making This Hurt.” Antonoff’s chorus is instrumentally and vocally reminiscent of their smash hits from their last LP, Don’t Take The Money. He sings, “Well, every time I close my eyes I just see you written in big lights / You know what it says? / Stop making this hurt / And say goodbye like you mean it.” The record is flowing and cohesive in its lyrics, he goes on: “But if we take the sadness out of Saturday night / I wonder what we’ll be left with anything worth the fight? / I wanna run from the darkness, wanna shout at the light.”

Bells twinkle over echoing drums in “Don’t Go Dark,” distinctly reminding us all of the infamous instrumentals found in Springsteen’s “Born to Run.” In this case, it’s done in the most delightful way. In the chorus Antonoff emulates Springsteen’s gusto, “’Cause you run-run-run / Run with the wild / Then you cry on my shoulder like a little child / Do what you want, just don’t go dark on me.” Wittily connecting this song with the next, in “45” he sings: “I’m torn exactly into two pieces / One who wants you and one who’s gone dark / But I’m still in sight / Your fast machine / Always holding your love supreme.”

Continuing to focus on the nature of light and dark, the chorus of “Strange Behavior” aligns with the previous two tracks. With gentle finger-picking acoustics tickling your ears, the musician softly sings: “What you thought was faith, that was hollow / Look at you, you’ve been chasing shadows / That’s why you wake up in two.”

Take the Sadness Out of Saturday Night flowed so seamlessly. All of the songs pleasantly come together to tell multiple stories simultaneously with smart lyrical connections. The most whimsical element of Bleachers’ newest record has to be the Springsteen-esque bells featured in a majority of the songs.  You will certainly want to listen to this album front to back the first time around to truly soak in the heartstring-tugging narrative. The long awaited third LP from Bleachers astonishingly paints vivid pictures of Antonoff’s life, giving us the full perspective on the story that they tell.

JACK ANTONOFF AKA BLEACHERS’ NEW ALBUM IS OUT NOW ON ALL STREAMING PLATFORMS!