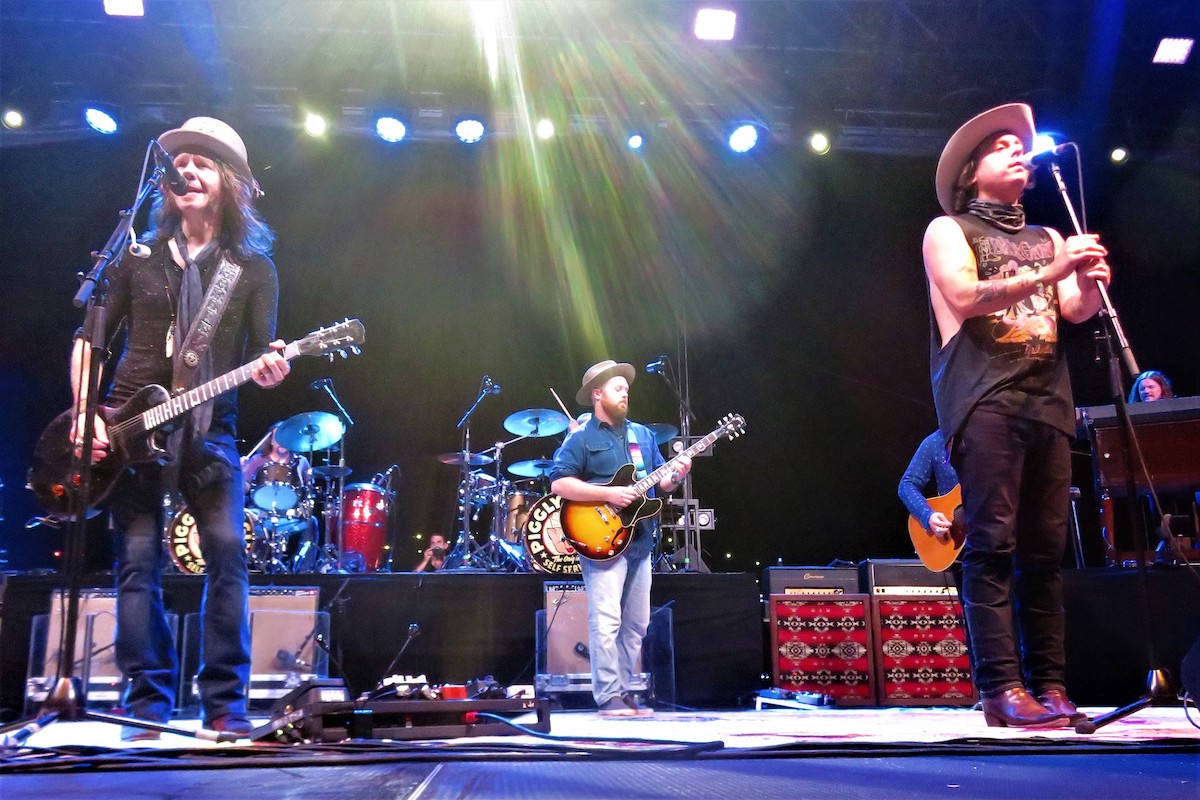 There was a time when southern rock ruled, thanks to the widespread and simultaneous success of the Allman Brothers Band, Lynyrd Skynyrd, the Marshall Tucker Band, .38 Special, the Outlaws, Molly Hatchet, Wet Willie, and many similar bands. After its 1970s heyday, however, southern rock became a fringe market in the music industry. Five decades later, Blackberry Smoke is now the new leader in the field, forming in 2001 and releasing seven studio albums, two live albums, and five extended plays since 2003. The band’s most recent studio album, You Hear Georgia, was released on May 28.

This was the Spirit of the South tour, originally scheduled for the summer of 2020. It was designed to be a five-hour celebration of Southern rock. The show began at 5:00 p.m. with a set by the Wild Feathers, a country-rock band that formed in 2010 in Nashville, Tennessee. At 6:00 p.m., the Allman Betts Band, featuring sons of three former members of the original southern rockers, the Allman Brothers Band, performed an hour-long set which included some Allman Brothers Band covers. Blackberry Smoke came on the stage at 7:30 p.m.

Although nine musicians filled the stage, Starr was clearly the front person. He performed the bulk of the vocals and, similarly, even with three guitarists on the stage, he played most of the lead guitar. He did well as the band’s center of attention, singing, playing, and connecting with the audience. The band also performed well, providing a remarkable semblance of the classic southern rock sound.

The 90-minute set consisted of original music from the band’s catalog, yet the songs featured many echoes from southern rock history. Twin guitar leads, slide guitar, double drumming, and extended jams recreated and reinvigorated an old style of music. Starr also kept alive the spirit of the south by peppering his anecdotes with elements of southern culture, like corn bread.

The show promised a concluding jam led by Blackberry Smoke. This last set of the evening felt more like an encore than a jam, since all the musicians seemed to know exactly what would be expected. The Wild Feathers joined Blackberry Smoke for two songs, then left the stage and were replaced by former Wet Willie vocalist Jimmy Hall, who then left and was replaced by the Allman Betts Band for three songs. These songs were reworked covers of vintage southern rock songs, plus a Rolling Stones cover in tribute to the band’s recently deceased drummer, Charlie Watts.

The audience received what it came to experience. The three bands rocked the sounds of the south, providing a taste of the old alongside a taste of the new. Rather than a time trip to the past, the five-hour show proved that southern rock may have a place in the 21st century.