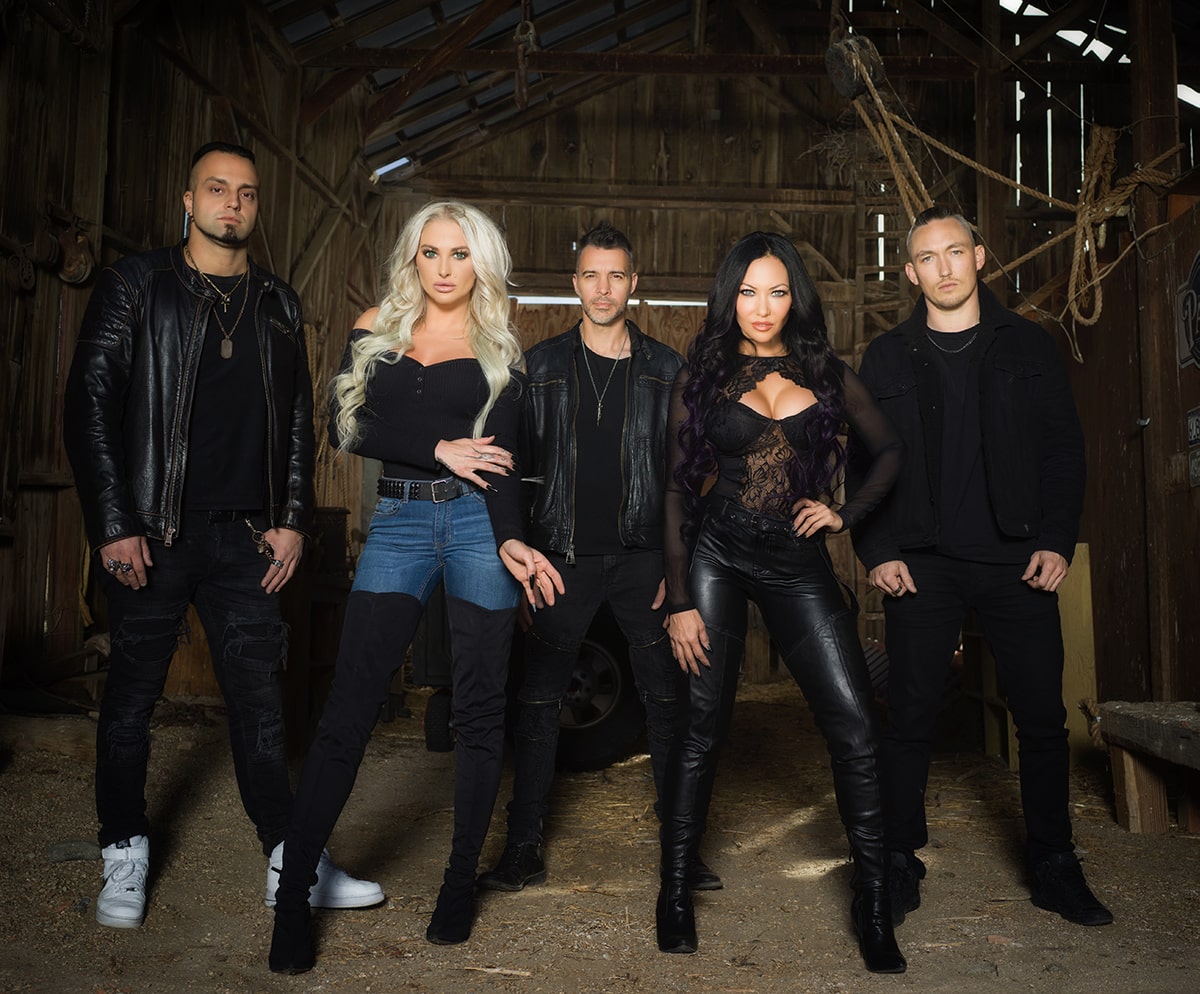 Experience everything the Butcher Babies have to offer at The Gramercy Theatre on Sunday, September 19.

Heidi Shepherd and Carla Harvey are bursting with anticipation as the first date of the Butcher Babies vs. Goliath tour approaches. Yes, the frontwomen will perform in front of live audiences for the first time in more than 18 months, but hitting the road is just one reason for their excitement. For instance, the band’s members, who are currently spread across the country, have not been together since their March livestream concert. Impending rehearsals will change that.

The Butcher Babies vs. Goliath tour will also serve as an anniversary, of sorts, for the band who formed in 2010 and released their debut EP in 2011. In celebration, the band will performing their landmark 2013 full-length debut Goliath in its entirety.

“It will be great revisiting that time,” says Shepherd. “We were angry and hungry – not that we have lost that edge.” What the band will not be recreating from that era is their notorious appearance. During Butcher Babies angry salad days, the frontwomen were notorious for wearing electrical tape over their nipples. Although it brought attention to the fledging band, Butcher Babies never meant to be sexualized. Some critics and fans failed to realize the look was in tribute female punk metal pioneer Wendy O. Williams.

“We wear more dresses these days, but we’ve maintained our angriness,” laughs Harvey. Often, when an artist loses his or her edge, it sounds the death knell for that artist. Twisted Sister vocalist Dee Snider once admitted it was tough writing charged-up anthems while sitting comfortably in a mansion.

“If we ever get to that point,” Harvey continues, “I’m sure we’ll still find something to be angry about. Maybe we’ll be furious about how difficult our maids are being.”

Supporting Butcher Babies on this trek are some of the frontwomen’s “favorite women in metal.” Not surprisingly, they refer to Butcher Babies vs. Goliath as the “friends’ tour.”

“This is our first female-fronted tour package in the US,” explains Shepherd. They’re planning for this to be “a display of girl power at its finest.”

“Stitched Up Heart are like family,” adds Harley, referencing the opener. “We’ve been close since we were both starting out and have performed on countless concert bills together. And we love Infected Rain, who are great friends from Moldova.”

The band may not have performed in front of a live audience since the start of the pandemic, it is not as if they have remained dormant. In addition to livestream concerts, they’ve kept in touch with fans by releasing a series of singles. Their latest, “It’s KIllin’ Time, Baby,” is streaming on the usual digital platforms, and like the rest, have accompanying music videos.

Although music videos are an important part of Butcher Babies’ overall presentation, the duo are not concerned that MTV has all but abandoned the format, now embracing the yawn-worth title (Youth-Oriented) “Life-Style Channel.” Thanks to YouTube and other Internet-based platforms, Butcher Babies know their hard work is paying off by the number of “views” each clip receives.

Ironically, as a child, Shepherd was forbidden from watching MTV, a discipline she now credits with helping to bring out her rebellious side.

“After my parents were asleep, I’d sneak downstairs to the television,” she remembers. “That’s where I discovered Marilyn Manson, Nine Inch Nails [and other musical anti-heroes of the day].” Ironically, she has since bonded with her father over Butcher Babies intense and dark interpretation of Napoleon XIV’s 1966 top-five novelty classic “They’re Coming to Take Me Away” from their 2014 Uncovered! EP. Another of the band’s raucous renditions on the EP, the early ZZ Top hit “Beer Drinkers & Hell Raisers.”

“As with most people, we were devastated by the death of ZZ Top bassist Dusty Hill,” says Clara. “When we were putting Uncovered! together, we knew we had to include a ZZ Top song. We considered ‘Sharp Dressed Man’ and a few others, but nothing fit, until we tried ‘Beer Drinkers.'”

Butcher Babies’ cross country trek runs through early October and makes its way into New York City on September 19 with a visit to the Gramercy.

“The first time we performed in New York City, we stepped off the bus in Times Square and our breath was taken away,” recalls Shepherd. “It is always a highlight of the tour; a date we always look forward to. The only problem is parking our tour buses and trucks.”

It’s a common grievance by artists performing in Manhattan who are forced to park busses and trucks in nearby New Jersey for the duration of shows. Fortunately, the following day, Butcher Babies will appear at the much more accommodating Chance Theatre in Poughkeepsie, New York.

Seldom do bands featuring more than one superstar or standout vocalist succeed. They are comparable to major league baseball teams whose chemistry is destroyed when it has more than one pitching ace or a football team with two starting-caliber quarterbacks. While Linkin Park was successful with both singer Chester Bennington and rapper Mike Shinoda, Metallica would never have reached the stratosphere with both James Hetfield and Dave Mustaine. Egos would have eventually clashed. Yet, Heidi and Harley have made such a situation work for more than a decade now.

Having parted company with long-time label Century Media, Butcher Babies are truly independent rockers. Although this may be a double-edged sword for many artists, it afford the band creative freedom as well as the freedom to write, record, and release new music on their schedule. Ironically, the band has been busy, if not busier, than when they were forced to kowtow to record label’s demands. Like classic rockers of the sixties and seventies, they have released a series of singles not originally included/spawned from an EP or full-length release. It’s not as if the band have abandoned producing albums, however, they are currently considering their options.

“We have multiple albums worth of material waiting to go,” Heidi admits. “And we are constantly writing new songs, so you just wait.”

FOR MERCHANDISE, INCLUDING WINE, MUSIC, VIDEOS, AND TICKETS TO THEIR NYC SHOW ON 9/19 AND THEIR METAL TOUR, CLICK HERE.