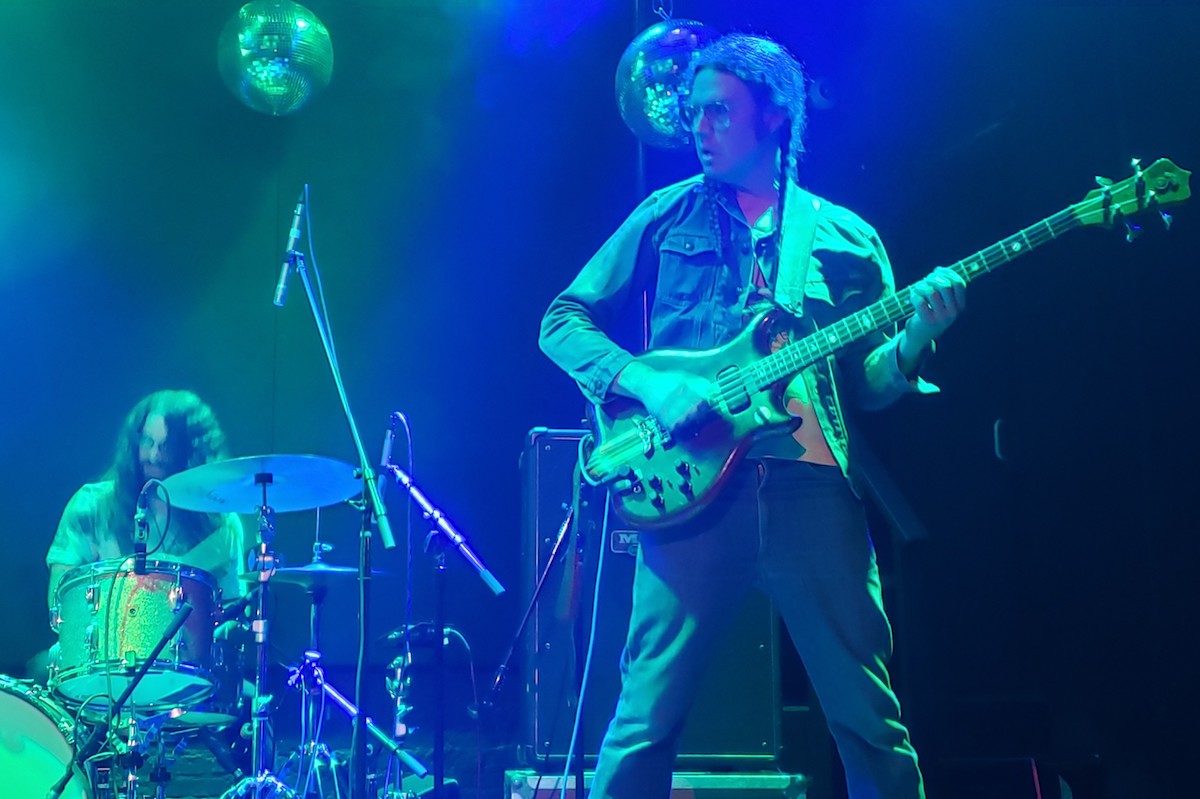 Moving forward and rebuilding can be a most valuable therapy for overcoming tragedy. Circles Around The Sun (CATS) was gaining popularity among jam band circles and was recording its third album when the band’s founder, guitarist Neal Casal, took his life in 2019. Casal left a note requesting that the album be completed and that the band continue in his absence. Respecting his wishes, the remaining members of CATS (keyboardist Adam MacDougall, bassist Dan Horne, and drummer Mark Levy) released the self-titled, seven-track album on March 13, 2020, just as the pandemic shut down any possibility for a promotional concert tour.

Circles Around The Sun originated when Casal was commissioned to record instrumentals to be played during the pre-show and set breaks at the Grateful Dead’s “Fare Thee Well” concerts in 2015. To achieve this mission, Casal recruited MacDougall, Horne, and Levy to join him in the studio. Once the recordings were played over the stadium’s public address systems, Dead heads inquired as to how they could hear this music again. Circles Around The Sun released select recordings from these sessions later in 2015 as a debut album, Interludes for the Dead. The success of those initial studio sessions evolved into the creation of a formal recording and touring band.

Exactly two years and a day after Casal died, Circles Around The Sun headlined a rescheduled date at the Bowery Ballroom. The three core musicians decided not to replace Casal with a permanent replacement, so for this tour, guitarist John Lee Shannon completed the ranks. Prior to the enlistment, Shannon had released his own debut instrumental album, In & Of, in October 2020.

With Casal no longer leading CATS, the band’s trajectory has veered in a different direction. Still an instrumental band, the music at the Bowery Ballroom was no longer as guitar-based as it was when Circles Around The Sun opened for Greensky Bluegrass at the Beacon Theatre in January 2019, for instance. In its reformed state, an overwhelming majority of CATS’ performance was keyboard led, often on a clavinet. Shannon’s guitar leads hardly figured until the final three songs. As such, the ensemble sounded far more like jazz fusion ensemble than a jam band.

CATS maintained its formula for melody-driven instrumentals, with the bass and drums providing a strong and steady groove as the backbone. For much of the performance it seemed like the only musician truly jamming was the keyboardist, who extended the songs with riffs, rolls, and repetition. The audience swayed to the sharp, dynamic rhythms, and all the prolific keyboard activity kept the songs pulsing with newness. The songs were long, but not excessively, and the band knew to follow each song with a different hook in order to retain the audience’s attention.

Jam bands traditionally gain solid support in New York City. It will be interesting to see if the city’s larger jazz community will embrace Circles Around The Sun as well.