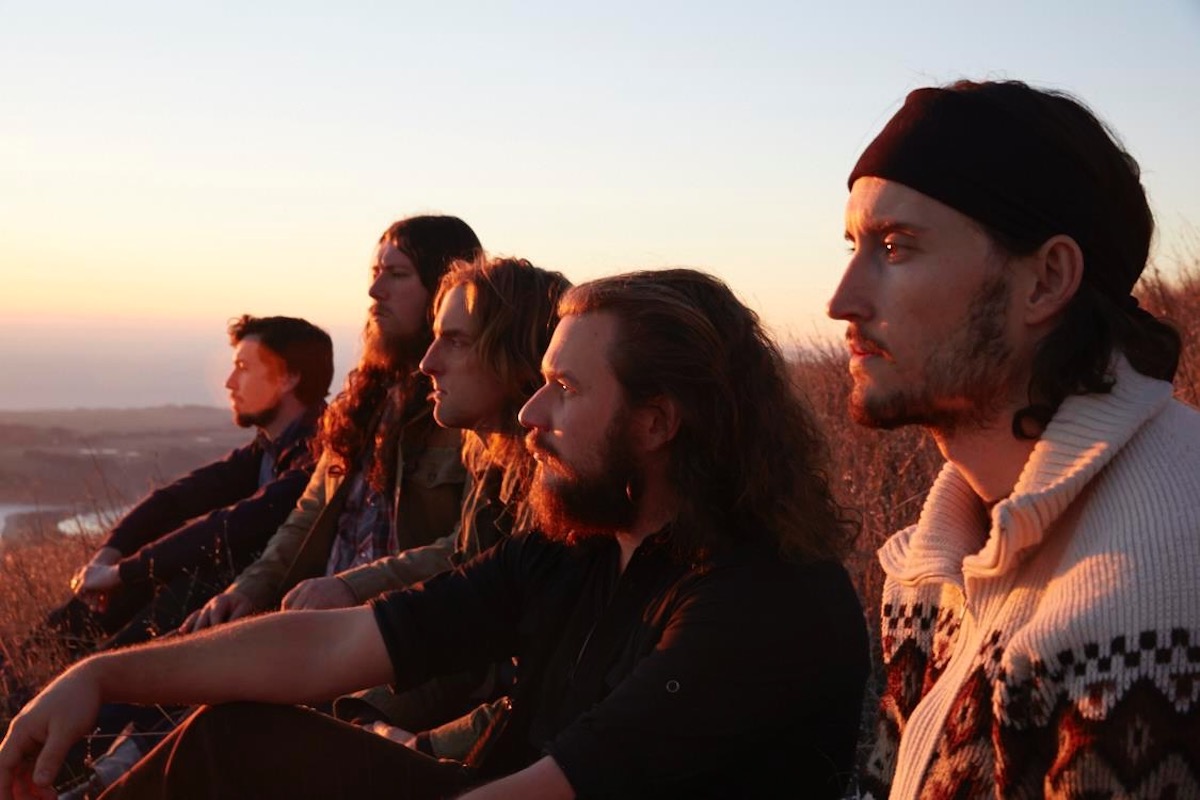 My Morning Jacket to go back-to-back at Forest Hills Stadium.

With live music making its comeback, it feels like all the variables that encompass a show are getting back into their respective saddles and giddying up. The venues, the bands, and the fans are all riding a wave of excitement and anticipation after such a long time of stagnation. It’s a great feeling and we’re all hoping that it continues to thrive. To add to this feeling, Louisville rockers My Morning Jacket are going to be performing two nights at Forest Hills Stadium in Queens later this week. Taking the famed NY stage alongside them is Alabama Shakes vocalist and guitarist Brittany Howard, who will be opening up both shows.

My Morning Jacket’s vocalist and guitarist Jim James and I recently had a conversation about the band’s latest album (which came out last year, mid-pandemic), the significance of an upcoming show falling on a certain date, making music with muppets, and the band’s plans after this current tour.

The Waterfall II album that came out a little over a year ago in July 2020 is made up of leftover tracks from the sessions for the 2015 album The Waterfall. The concept for this was conceived during the COVID-19 pandemic. What sparked the idea that these tracks were more than just B-sides and they could hold up on their own as an album?

They were never B-sides – they were always songs that we really loved, but we just felt like when we were putting together the original Waterfall, it was too much music. Even as The Waterfall I came out, it already was a pretty long record on double vinyl and it was such a giant thing that a lot of stuff might [have gotten] lost. We never viewed them as B-sides, but I always thought that it would be cool to do something really weird and wait 30 years or something to put out The Waterfall II and do some kind of wild thing like that. When the pandemic happened, the idea for it kind of came up by accident. One of the songs came up on my shuffle when I was taking a walk and I heard it and I remembered that we still had all of these tracks for this Waterfall II thing.

It was kind of that helpless feeling in the pandemic that we just wanted to connect with people but we couldn’t play concerts. It was this feeling of being trapped, so I thought that it would be a cool way to connect with people and get some new music out there that might put some good energy out during the tough time of those early pandemic days. That’s how it kind of came about.

From listening to the record it definitely has a positive vibe with it, so I think you accomplished that. Did you put any extra touches on the album before it was released or did you put it out as is straight from the recording sessions?

My Morning Jacket has always been a band that has utilized its versatility while being able to seamlessly flow between various styles. With that being said, how would you describe the band’s evolution since you started it back in 1998?

Honestly, we don’t even really think about it. We just love so many different kinds of music – music is so endless and it’s this eternal well of beauty, energy and emotion. Whenever we get to making another record or playing, I think we let it all flow out and hope the sound of our souls make the sound of who we are as people. As far as our influences and the music we like, we all love every genre and every style, so we try to let them all be present in this mix of things where everything goes.

Nothing you guys do sounds the same, but it’s always intriguing and always enjoyable to listen to while being consistently fresh. In 2019, you got to perform a rendition of “Rainbow Connection” with Kermit The Frog during the Newport Folk Festival in Newport, RI. Have you ever thought of doing a record with a character like Kermit or someone else as a musical departure from yourself to do something different?

Yeah, definitely. A while back, maybe ten years ago, we were trying to write music for Dr. Teeth and the Electric Mayhem for The Muppet Show. There was this thing where we were going to basically record an album as the band, and I don’t know exactly what happened, but there was a big corporate rollover at Disney and the guy that wanted to do the project with us either got transferred or fired or something. The whole thing got canned, so we never got to do that.

Yeah, and then when those new muppet movies came out around the same time we started writing songs for that. That didn’t work out either, but it’s definitely something I’ve always wanted to do. There’s a local puppet troupe in Louisville called Squallis Puppeteers and I’ve tried writing some stuff for them long ago. It’s something that I really enjoy and I’ve tried to do it, but I haven’t had much success. I’m glad that I got to do the thing with Kermit in Newport, that was amazing.

It’s unfortunate that it fell through like that because I would have loved to hear your take on Electric Mayhem, but I’ve always thought about it because it was a really great moment from the Newport Folk Festival a couple years ago. One of the upcoming shows at Forest Hills Stadium in Queens is happening on September 11 and it’ll mark 20 years since the horrible event of the Twin Towers falling. It’s going to be a pretty big date in New York City, so while knowing that, do you think the show is going to feel a bit different?

Absolutely. The emotion of that combined with the emotion of the times and the emotion of people through COVID-19 not being able to be together is, to me, a reminder that being together is so important and so beautiful. I really hope that on that day one of the things we can take away from it is how beautiful it is to be together, enjoy life together, and celebrate life together, because nobody knows how long they get and nobody knows what’s promised. I think that’s the one takeaway that we can take from a tragic event like 9/11 and a really tough thing like the pandemic. You have got to celebrate today, you have got to be grateful for the people around you, and you have got to try to embrace life as much as you can.

I think it’s easy to get sucked into the difficulties of life, but when we have a chance to celebrate life, that’s really important, too. Proclaim that joy of what it is to be alive, especially the way that live music fans know that there’s nothing like being together with people hearing music while dancing, singing, crying and going through the whole spectrum. I’m hoping that it’ll be a good place for people to let some of that emotion out if they’re feeling troubled or sad or whatever they may be feeling. Let that emotion flow, have a good cry, and then dance it out.

I couldn’t agree more, especially with everything we’ve been through. It’s a good time to count your blessings, it’s a good time to smell the roses, be grateful for what you got, and be grateful for the people around you.  By the time these shows at Forest Hills Stadium happen, My Morning Jacket will be in the heat of a run of shows that’ll be going on until the end of the year, so what are your plans after this current tour? Do you plan on laying low for the winter or do you have any other projects you’ll be working on

It’s funny, I haven’t even thought about it. I know that we have a new self-titled album coming out next month and we plan on playing more shows next year, but I’m not exactly sure when those shows are happening and what they’ll entail. We definitely want to do some more shows once the new record comes out but I’m not sure what they will be exactly. Hopefully sometime next year we’ll get back into the studio and make some more music.

FOR TICKETS TO MY MORNING JACKET’S STOP AT FOREST HILLS STADIUM, CLICK HERE. THEIR NEW, SELF-TITLED ALBUM IS OUT OCTOBER 22!