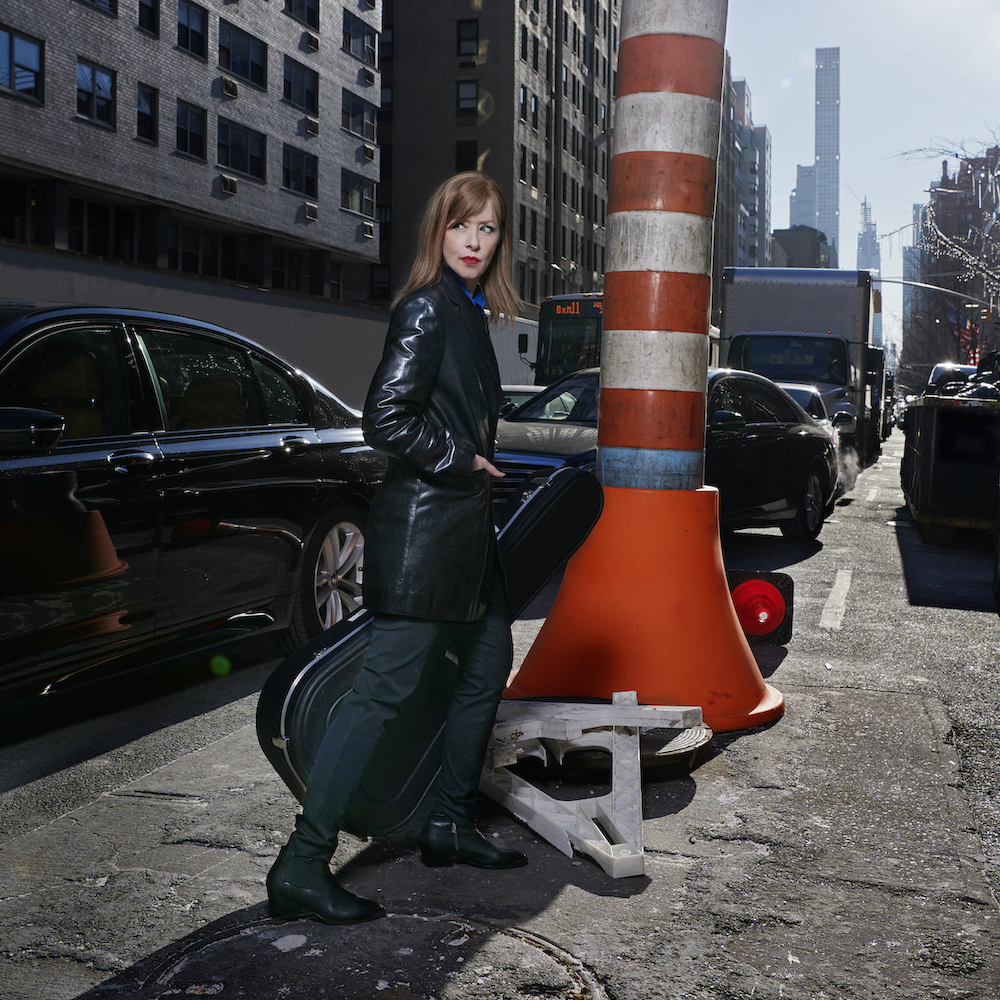 In conversation about her ever-evolving songwriting tactics and very favorite live music venues, the folk pop muse shines a light on just how vital meaningful lyricism can be – and why she always strives for it.

It’s been a long time since acclaimed singer-songwriter Suzanne Vega last performed in front of a live audience in New Jersey, but that long dry spell is set to end on September 11 when she performs at the South Orange Performing Arts Center. In recognition of the significant date on which this show is happening, Vega is releasing (in an exclusive premiere with The Aquarian) a video for “Anniversary,” her moving tribute to the people affected by 9/11.

“Anniversary” isn’t the only time that Vega has deftly handled a difficult topic – her best-known song, “Luka,” addresses child abuse with sensitivity and empathy. Vega isn’t always so serious, though: calling from her Manhattan home, she is cheerful as she contemplates getting back onstage after the long COVID pandemic-induced concert hiatus. Performing, she says, “is second nature to me, so I’m assuming, and hoping, that it’s going to be great.” Adding with a laugh, “My calluses, I need to start working on them – at least I’ve got the guitar out of the case!”

Vega says the South Orange show will include a career-spanning mixture of material. She will sing and play acoustic guitar, accompanied by Gerry Leonard on electric guitar. (Leonard is Vega’s Musical Director, a job he previously did for David Bowie.) “Together, we play a wide variety of songs from the very soft and intimately acoustic songs all the way to the more alternative songs like ‘Blood Makes Noise’ or ‘I Never Wear White.’ And we’ll probably do some songs from the new live album,” she says, referring to An Evening of New York Songs and Stories, which she released last September.

An Evening of New York Songs and Stories, Vega’s most recent release, was recorded when she and her band did a two-week residency in 2019 at New York City’s famed Café Carlyle, located inside the upscale Carlyle Hotel. “It’s a venue I really like,” she says. “Traditionally, you have to be of a certain age and experience, I think, to play the Carlyle. They used to have the older divas who played there. So I was thrilled to be asked.”

The album is centered around a “New York” theme, which is appropriate, given that Vega was raised in the city and still calls it home. She says she also chose this focus with her likely Café Carlyle audience members in mind. “Because I knew that some people were just guests of the hotel, and weren’t necessarily fans of mine, I wanted to start with two songs that they might remember,” she says, “so that’s why we started with ‘Marlena on the Wall’ and ‘Luka.’ Then from there, we had to figure out, ‘What’s a good contrast?’ or ‘What’s a good flow?’ The Cafe Carlyle is like a lounge, so this was the perfect venue for ‘Pornographer’s Dream’ or ‘Thin Man’ – the sexier, loungier kinds of songs.”

Releasing this live album in the midst of the pandemic was a way for Vega to bridge the gap until she could get back in front of in-person audiences again, but she never completely abandoned doing concerts, instead switching to doing livestream performances. She admits this seemed surreal, though. “It felt funny to be doing a show in my own house, usually in the middle of the day, because then I had that old familiar feeling like, ‘Oh, I’m done with that – I’d like to go have a drink!’ But it was 1:30 in the afternoon, which is really early to start drinking vodka, so that was weird,” she jokes.

Now, Vega is looking forward to getting back on real stages and continuing the successful performing career she started training to do at an early age. “I was 11 when I started playing the guitar. I picked it up and it seemed familiar to me and I really liked the feel of it,” she says. “Then I think I was 12 or 13 when I got a folk album in a thrift shop that someone was selling for like a dollar and I taught myself a bunch of songs. It was called Folk Songs and Minstrelsy.” From there, she developed a deep appreciation for singer-songwriters such as Woody Guthrie.

But Vega didn’t just want to play along with her musical heroes – she wanted to create music of her own. “I was determined. I just had a feeling in my bones, I wanted to learn how to write songs,” she says, recalling that her first one “was like a country-western song about my brother called ‘Brother Mine,’ and it’s this upbeat song about how I would love my brother even though we always got into fights.”

“The second song I wrote, when I was 15, was called ‘Silver Lady,’ and that was a narrative ballad,” Vega continues. “That made me think, ‘Oh, maybe I’ve got a future.’ I sang it for my parents and my stepfather said, ‘Suzie’s got a voice.’ That was high praise in my family. My mother and stepfather were very supportive of any artistic endeavor I wanted to do.”

Encouraged, Vega began performing on New York’s club circuit. Her 1985 debut album, Suzanne Vega, got her onto MTV with the video for “Marlene on the Wall.” In 1987, her second album, Solitude Standing, launched her into worldwide stardom thanks to the massive hit “Luka.” That album also included “Tom’s Diner,” which remains one of her most popular songs to date. Since then, she has released 11 studio albums (some with a full band, some stripped-back and acoustic), as well as making noteworthy contributions to other projects (such as her standout track “Left of Center” on the soundtrack to the 1986 film Pretty in Pink).

“I feel like what I do is always a combination of something traditional and something modern, and that it is very meaningful to me,” Vega says. “There’s no point in just rehashing old stuff. You’ve got to do something that’s alive in the moment when you write songs. Music is something that happens in time, so I’ve always had that in my mind when I go to write something. And there are some things that are just timeless – certain problems, certain issues that people have in their lives that are timeless – and I sort of stay close to that.”

That approach has earned Vega a fiercely loyal fanbase, who will likely expect her to play certain songs at every show from now on… and she’s fine with that. “I like singing all the old songs,” she says. “I’ll always sing ‘Luka’ and ‘Tom’s Diner’ because it’s such a joyful moment. ‘Luka’ is something that’s very meaningful to a lot of people, and meaningful to me, as well, so I never sing it begrudgingly. And ‘Tom’s Diner’ has become this funny song that used to be about sitting alone at a diner and feeling kind of lonely, and [now] it’s this party song that everybody wants to get up and act it out and dance – it’s fun. Why would I deny myself that, or that audience that? It’s fantastic.”

As Vega looks ahead at playing those songs (and many more) at her upcoming South Orange show, she seems content. “I’m really, really looking to playing live,” she says. “I, like everybody else, am hungry for that real-life contact.”

FOR TICKETS AND INFORMATION ON SUZANNE’S UPCOMING SHOW AT SOUTH ORANGE PERFORMING ARTS CENTER, CLICK HERE! FOR DETAILS ON HER DATES IN RED BANK, NJ ON 10/14 AND COLLINGSWOOD, NJ ON 10/16, VISIT HER WEBSITE!