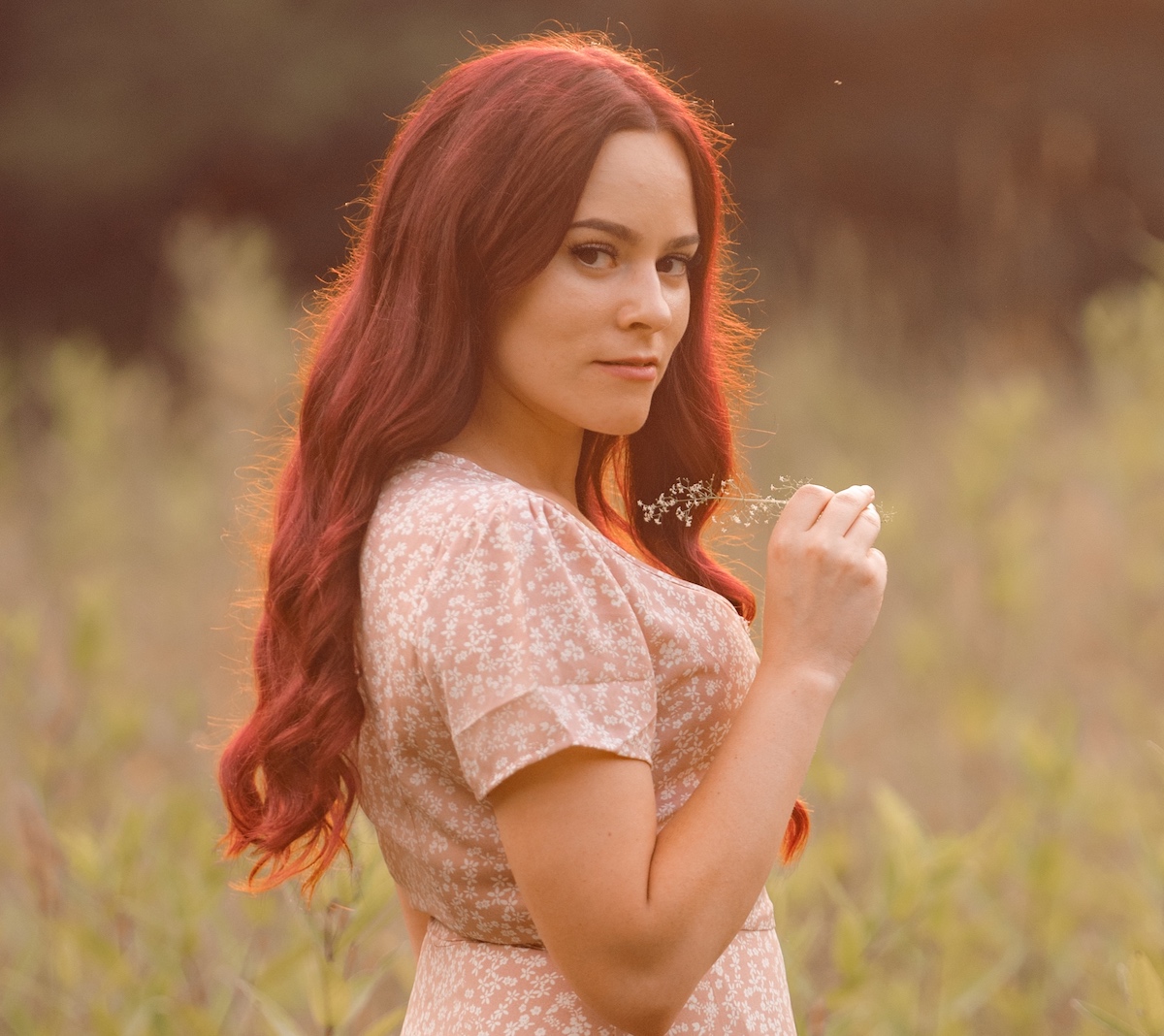 Kelaska Is in Her Own Lane

What’s not to love about an up-and-coming songstress rooted in raw authenticity, based in sheer creative delight, and slightly inspired by the aesthetics of Halloween?

Kelaska, or Kelli Wright, sought out the Internet to put her talent on display, and like many, saw an opportunity there to grow into more than just a figure on a screen. The singer-songwriter shared videos on YouTube that led to her not only garnering a fanbase, but finding herself within that artistic bubble a multi-media platform can cultivate. From the heart of Connecticut to the pixelated box on screens to now the songs in our ears, Wright transformed from being a girl singing online to a full-fledged performer with original music out and a popstar-branding that rounds out the voice she already had and the stories she was already keen on telling.

Last week the rising star released “September,” her latest single and one of many genres, layers, and emotions to uncover through more than a handful of listens. Like much of her art, the song is ethereal and honest in ways hard to explain, but easy to enjoy. Whether it’s rocky relationships you’re relating to or honeyed instrumentation you’re taken aback by, it’s clear Kelaska releases music that is on it’s way to steal your heart.

We are hypnotized by your music, Kelaska. There are elements of the folk icons of the sixties in your songwriting and the warmest production strategies of modern pop. These dreamy soundscapes are sparkling and immersive, but in your opinion, how would you classify your style? Is it indie pop? Is it something more? There are so many layers to uncover in what you have going on.

Thank you so much! That’s actually the best compliment I’ve ever received. I’ve always really loved music from the sixties and seventies, so I try to incorporate that in my sound any way I can. It’s really hard to pinpoint an exact genre with my music. Some songs have a more indie pop feel to them, while others have this kind of dark pop vibe. I like the freedom of not choosing one genre to stick to. I just create whatever feels authentic in the moment and makes me happy.

Your new song, “September,” just dropped and it also has somewhat of a genre-bending, but joyful styling. I’m wondering what you hope people will take away from this track, because it feels so raw and so truthful.

Everyone kept asking me to write a happy song and it never felt like the right moment. I usually have a greater connection to, and find it easier to, write a sad song. With “September,” that one came about so naturally and it was easy to fall into. I just hope people enjoy it. I think it’s a really fun track to listen to on repeat and sing along to.

Something else about this track that took us back a bit was how it sounds stunningly like an answer to Taylor Swift’s “august,” but if taken on by rising popstar Benee. Like we said, there is so much to unpack and draw inspiration from in this track. For you, what do you gravitate to when seeking out inspiration for a song?

Strangely, I’ve never heard “August”! I’m going to have to check that out later on and see how it relates! For this song my main influences were Fleetwood Mac, Maggie Rogers, and Kacey Musgraves. I really wanted the song to have a dreamy vibe and I think those artists capture that perfectly in their work. Colors were also a big inspiration for “September.” I have synesthesia and one of my goals was for this song to take on the hues at golden hour. I wanted dusty pink and that almost burnt, bright orange to pop in the mix and be the focal points.

There are hints of country laced into your songs, too, including “Old Ghosts” and “September.” You’re based right up north of us in Connecticut, though. How did you stumble into the stylings of old-time country melodies? Because while subtle, they’re there and almost reminisce of some Bruce Springsteen classics that, too, have those undertones.

You know, it’s funny because a lot of interviewers ask me about country influences and even call some of my songs “pop country,” but I’ve never really considered them to fall in that genre. My grandfather has been in a country band since before I was born, so I grew up hearing him sing covers of Johnny Cash or Willie Nelson all the time. I would guess that might be ingrained in me whether I try to incorporate it or not. The one thing I will say is, I do love a good steel guitar/slide guitar. I add that into almost every song I make and that might be why the country references pop up now and again. I am, however, a huge Bruce Springsteen fan, so he plays a part in my inspirations, as well.

That makes sense, even if it wasn’t intentional. While discussing songs coming to be, what was the process of writing and recording “September” like in comparison to “Old Ghosts”?

“September” was a whole different ball game from “Old Ghosts.” With “Old Ghosts,” it was very experimental and took a lot of time to get every sound right. We also recorded it solely at my producer Mackenzie Christensen’s house. “September,” however, is sonically a lot more organic, so we had the song figured out within a couple days and ready to track. We recorded that one half at Mack’s house and half at a studio in Haddam, Connecticut called Dirt Floor.

Where did the music moniker Kelaska come from, knowing your name is actually Kelli Wright?

That’s an interesting story. When I first put cover songs on YouTube I needed a username. I didn’t really think anyone was going to watch, so I just chose Kelaska which is a combination of Kel, my nickname, and my dog’s name, Alaska. After I started to get a following it just kind of stuck.

It’s very fitting, actually. You know, your aura and persona as a person and artist are mythical and witchy, which, strategic or not, is enticing. How do those interests and practices of the moon and stars play into the way you approach art or what you create, if at all?

It’s funny you say that because I don’t really see myself in that way, but I love that compliment! It reminds me of something you’d say about Stevie Nicks, who I also love, so I’ll gladly take it! I’m not really into anything witchy specifically, but Halloween is my favorite holiday so I love anything with a spooky aesthetic. I’m not crazy big on astrology, but I do like reading it from time to time and finding similarities in the signs. I wouldn’t say they are front and center in anything I create, but I’m sure my Scorpio nature plays a part in there, even somewhere behind the scenes.

How can people connect with you further, on both a witchy level and a fan-to-artist, one?

The best way to connect with me is probably either on Instagram or Twitch! I stream on Twitch weekly and I’ve found that to be my favorite place to communicate with fans. Instagram is great, though, because I use that app the most out of the bunch.

KELASKA’S NEW SINGLE, “SEPTEMBER,” IS OUT NOW ON ALL STREAMING PLATFORMS! MAKE SURE TO CONNECT WITH HER ON INSTAGRAM AND TWITCH TO STAY UP-TO-DATE WITH ALL HER PROJECTS!