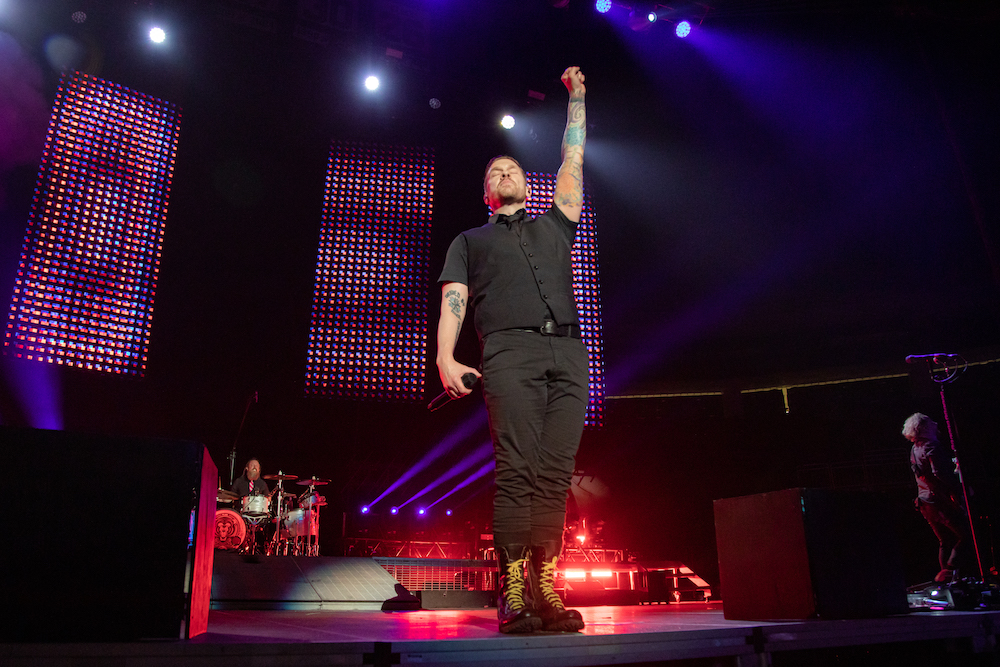 Four high-spirited rock bands coming together for one night of music in a beloved NJ arena churned out more amazing photographs than we can count. (We didn’t expect anything less, though.)

Lynyrd Skynyrd covers, hair flips, cult-y shirts, and chart-topping hits filled the walls of Prudential Center last week thanks to the live return of Shinedown and WDHA’s [The Rock of New Jersey radio station] Family Reunion. Forever indebted to the alt rockers and grunge forefathers of the nineties, Shinedown consistently make music for a modern age that can be enjoyed by everyone. While on stage at the Newark, New Jersey venue, that point was made, for the audience was generation-spanning to say the very least. The youngest fans were slaying on their air guitar and the oldest fans were emotionally chanting lyric after lyric. An expansive fanbase, an age-defying sound, and practically an infatuation for bringing their art to life on stage leads us to believe that Shinedown’s Prudential Center concert will become one of the most notable of the year for the venue. (It only helped that they were joined on the lineup by the equally as rocking Seether, Candlebox, and Ayron Jones.)

Our friend and photographer, Chris Capaci, was living in that moment and experiencing the modern rock concert to end all modern rock concerts. He witnessed the melodies, harmonies, and indisputable edginess that Shinedown offered up in person, but made sure to wonderfully shoot the event for all of us to live vicariously through. Sweet, heavy metal-tinted songs and energy to last a lifetime is meant to be experienced, so thanks to Chris, now is our chance to do so… via lively and zestful images of all four bands.