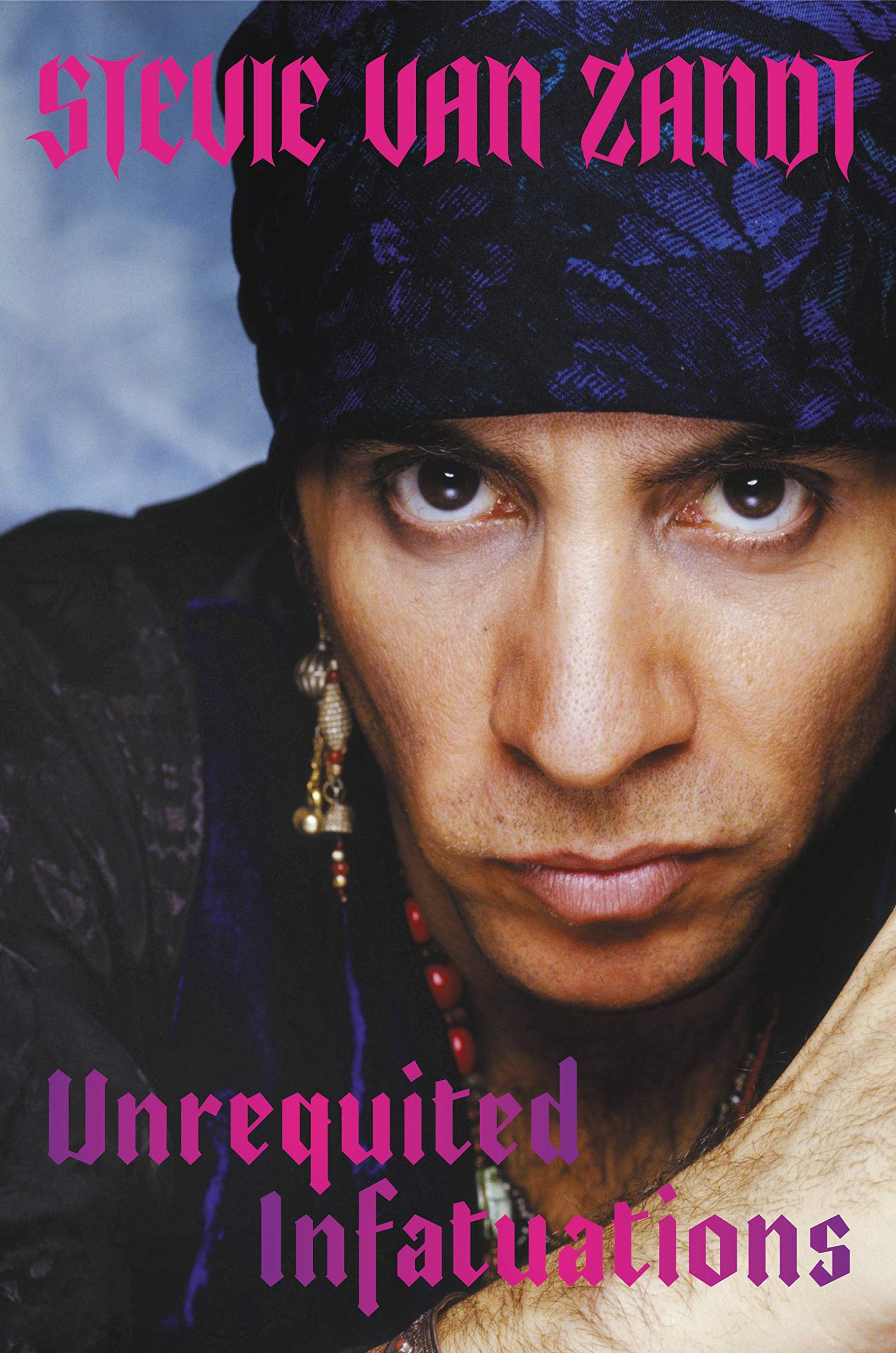 Unrequited Infatuations begins with the main character hiding under a blanket in a car driving to an unknown destination in a country rife with hatred and division. It could easily take place in 2021, but this particular event occurred in the eighties and the main character is probably one of the most recognizable consiglieres on the planet – the incomparable Stevie Van Zandt.

This memoir is part music history, part “Stuff You Missed In History Class,” and so much more. Van Zandt shares anecdotes about his solo career, The Sopranos, and his journey with Bruce Springsteen and the E Street Band. That doesn’t even scratch the surface, though.

The definitive moment in Unrequited Infatuations is when Van Zandt trades in his Baptist faith for the religion of The Beatles when they appeared on that iconic television show. Yeah, you know which one I’m talking about. He says this about witnessing this significant occasion:

“The Beatles on Ed Sullivan had the cultural impact of a spaceship landing in Central Park. Except that we’d seen spaceships land before in movies like The Day the Earth Stood Still. There was no warning or precedent for the Beatles. They were as alien as anything on that spaceship, completely unique, and in a way that could never happen again. You can only be that different once. Everything about them was special. Their hair, clothes, sound, attitude, intelligence, wit, and especially their accent. But they were mostly different for one very big reason. There were four of them. They were a band.”

He continues to preserve the endangered species of rock and roll with his charitable foundation TeachRock, an organization that developed a curriculum to teach students of all ages through the medium of music history, his groundbreaking radio show Little Steven’s Underground Garage that plays the best of rock and soul, and the über-cool Wicked Cool Records that is home to some of my favorites. To name a few: The Jellybricks, Soraia, Michael Des Barres, Steve Conte, Brian Ray, and The Dollyrots – Hell, the whole roster is awesome! I have followed Stevie’s endeavors in music, activism, and acting since I was a child and they never fail to impress and inspire me.

Without giving too many spoilers, I will say that this book will make you laugh, cry, scream, scratch your head, and, most importantly, think. It’s not just a book. It’s an experience. Van Zandt is unapologetically honest and undoubtedly dedicated to his beliefs. I found him relatable and fiercely funny and would love to have an espresso (or three) while listening to his observations. I suppose I could just get the audiobook, too.

Whether you know him as Miami Steve, Silvio Dante, or Frank Tagliano; everyone from the music and television connoisseur to the political and cultural guru can learn something from his story.

Unrequited Infatuations won my heart and it will win yours, too.