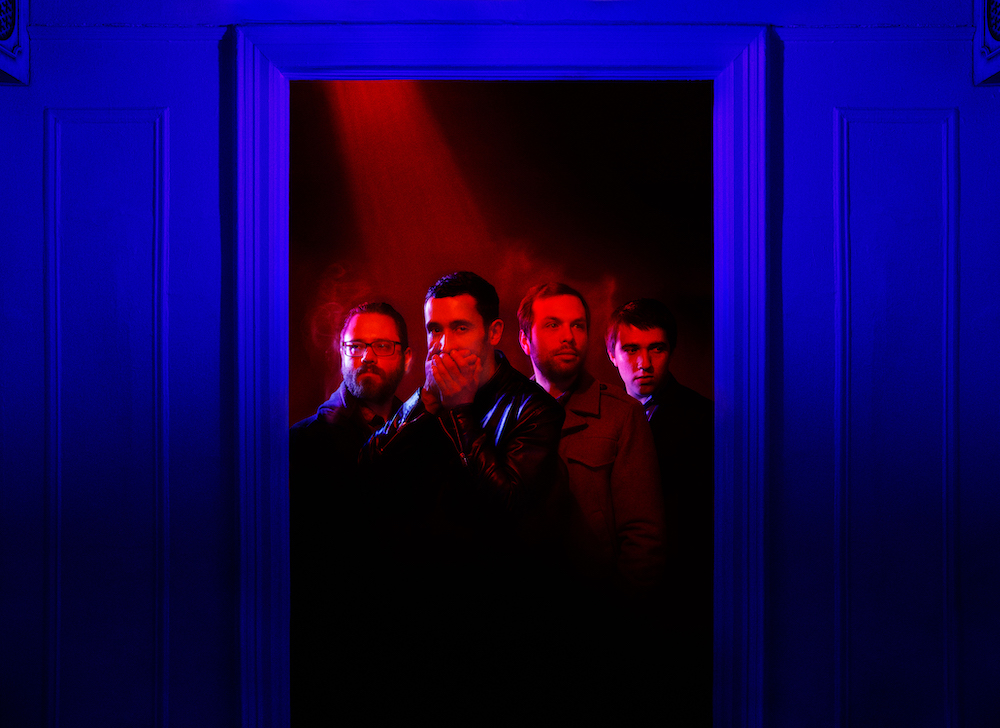 An unmatched balance of art rock and alt rock has made the Children Having Children catalog what it is today. Eclectic without being terribly niche, the Big Apple band takes that original sound a step further on their new single, “Cables To String.” The Aquarian is humbled to premiere said track alongside its music video.

We often find that heart-wrenching music is rarely groovy, but the wonderfully precise instrumentation on this number contradicts that in more ways than we can name. (The cinematic visual component adds to it, though.) “Cables To String” is evocative journey through lyrics, but takes an equally as emotional path with its musicality. The variety of instruments, sounds, and beat patterns laid on top of one another enrich this song. Thanks to its stellar mixing and mastering, as well, those layers can be peeled back, observed, and pondered upon. It goes deep and Children Having Children deserve any and all the praise for that.

In a time of confusion, muddled thoughts, and the feeling of floundering, one band didn’t shy away from that reality. That band is Children Having Children. With decades behind them, they know their roots and this lifestyle of lockdowns and closures is not that. The second verse of this new song questions, “Where we’re going, can we dance with the phantoms… or with each other?” Feeling lost and alone isn’t a new thing, but it’s been more widespread than ever as time passes ever so quickly, so posing this question is broadening the scope of where we’re at, but also where we’re not – yet. It’s a large scale thought, but it’s real and simple for a robust song.

There aren’t any moments that feel predominantly noisy, even though the intricacies and quirks are immensely notable from start to finish. “Cables To String” does clock in at over five minutes, too. Like a snippet from Roman Holiday or a Shakespearean soliloquy, the new single is a drawn out rollercoaster that sucks you into its message and its drama, which makes the minutes fly by in a way that is more hypnotizing than anything. For a group known best for their run of the NYC club circuit time and time again, this new era of theirs that is kicked off today feels reflective and established. Never before has an electric, piano-driven, helter-skelter style track been so orchestrational, as well. It’s as if the drive they have always had and the hard work they have always put in has reached its peak, and whether or not its due to the forced time off during the pandemic, we’re appreciative.

This haunting, soulful release featuring in-depth strings and a twinkling rhythmic section is performed by guest vocalist Isobel Knight, with Bryan Garbe on drums and Ward Williams on cello. It’s clear that this song was thought out in order to be as sonically and visually explosive as it is. Songwriting with a purpose will always have our heart, but it’s songwriting with a purpose with an additional layer of masterful musicianship that will forever knock us off our feet. Children Having Children built a song that is atmospheric and yet intimate, which we are thrilled to exclusively premiere.

“CABLES TO STRING” IS OUT NOW ON ALL STREAMING PLATFORMS! FOR MORE ON CHILDREN HAVING CHILDREN, VISIT THEIR WEBSITE!