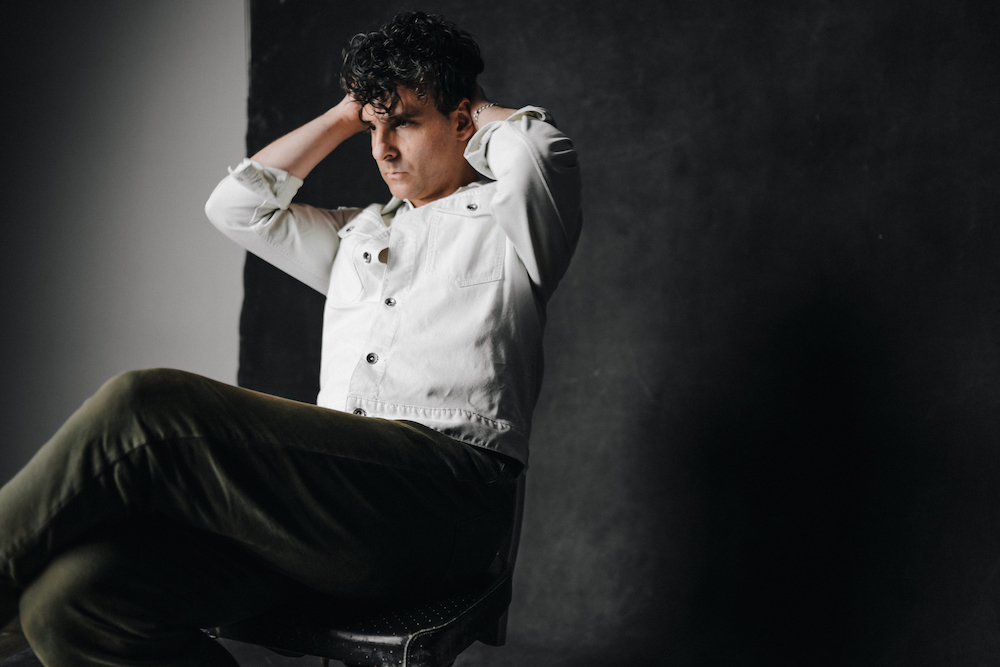 As we predicted many years ago, Low Cut Connie has taken over the world. We’re thrilled to see them sparkle, shine, sing, and sweat on real life stages once again, including in Jersey City on October 8.

If you look up a synonym for ‘balance’ in a thesaurus, one of the possibilities listed is the word ‘stable.’ Adam Weiner, the frontman for Low Cut Connie, knows how to put on a show with balance in mind, but at the same time, the performer is far from stable when onstage.

You never know if the multi-talented rocker is going to sing new songs or old (or a combination of both). He might leap onto the piano, he might not. There’s a chance for collaborations and duets, prancing around the stage and into the crowd, and shirts being ripped off in a sweat-driven frenzy. Still, nobody has mastered mixing stage presence with performing and interacting with camaraderie than Weiner when in front of an audience with LCC. There are riveting, heart-stopping, over-the-top moments and still memories being made for the faintest of heart to look back on fondly.

Fans can expect everything and more when attending a Low Cut Connie show. It’s part of the balanced, but not quite stable charm of the South Philly rock group.We chatted with our friend, the revered leader of the genre-defying rock outfit, about his times on stage and off, as well as online and in person. The thoughtful frontman has perfected his craft, even within these challenging times, and has truly expanded his reach as a notable performer and local inspiration.

As you know we’ve been following the Tough Cookies stream since the start, and we’ve talked about it a few times, as well. Has there been anything from those livestream performances and interviews that you’ve taken from and implemented on real stages now that you’ve returned to them?

Absolutely.  With Tough Cookies, I’ve worked in a totally loose, unscripted episodic format and I’ve really gotten to love the freedom.  There is a basic structure but otherwise it’s just chaos.  Going back to the stage with the band, I’m enjoying trying to surprise myself and the audience and work more of that freedom into the show night to night.  The audience never really knows whats gonna happen and neither do I.

The cultural entity that Tough Cookies has become was not only a way for you to play live and give people hope and joy, but it became a way for you to share your sound, your style, and your swagger with the widest audience possible – the Internet.

It’s been a wild ride… rolling around half naked on the internet.  But livestreaming for people in multiple countries at once has been an amazing challenge.  I’m gonna keep these online shows going once a month because I love doing it so much.

No matter how timeless and raw the rock music that you create is, the overall essence of Low Cut Connie stems from riveting live performances. Why do you think that is?

I don’t really have any specific allegiance to rock music, but I do have a very clear allegiance to performance art.  Genres and styles change and go in and out of fashion, but the immediacy of live performance is timeless and elemental.  I’m only here to make people feel alive by whatever means.

Something we’ve always talked about is how you garner so much inspiration from the people you meet and the stories you hear while on the road. Is it looking like that is still true for you, even amid these pandemic times?

I am just meeting people and witnessing from different angles.  I can’t be unmasked in person with people but there are other ways of connecting.  I have this sort of exterior / interior thing that is always in my brain, and ends up in the songs.  The pandemic really highlights the interior more, so I’m operating in that space at the moment.

New Jersey, Philly, New York – this is the LCC stomping ground. How does performing here, and returning to a venue like White Eagle Hall in Jersey City next week, compare to the variety of other cities and towns you have played in?

I’ve played Jersey City only once before, many years ago to about four and a half people, so it’s cool to come back and really have a crowd.  Jersey people are the best.  They wear their heart on their sleeves and it is a pleasure to perform in Jersey.

For those who haven’t experienced Low Cut Connie live, what can people expect from your headlining show at White Eagle Hall?

I’m gonna give everyone all I got.  Everyone in the room has been through some changes in the last couple years and deserves to have the best night ever, so that’s what I’m gonna try to provide.

Our mutual friends, Susu, are opening up for you on this run of dates, which is a match made in high-energy concert heaven. What has it been liking working around the fellow tri-state natives and supremely artistic females that are Liza and Kia?

Working with Kia and Liza, aka SUSU, is just a dream. It’s easy breezy.  They are natural born performers and we are able to slay the dragon together on stage.  I love having them with me.

Your catalog is always growing, always evolving. Something you’ve told us in the past is how you sort of craft a setlist for a show based off its feeling, since you do, in fact, have quite a few numbers to pull from. Since being back on the road, does that method and sentiment still stand? Or because you have such a robust discography, did you plan out what you’re playing – or at least thinking about playing – ahead of time?

I have no idea what I’m gonna play usually.  Maybe there are some tent poles, but otherwise the antenna on the back of my head tells me where to go.  If you don’t know where you’re going, any road will take you there.

FOR TICKETS AND INFORMATION ON HOW YOU, TOO, CAN EXPERIENCE LOW CUT CONNIE LIVE AT WHITE EAGLE HALL IN JERSEY CITY ON 10/8, CLICK HERE!