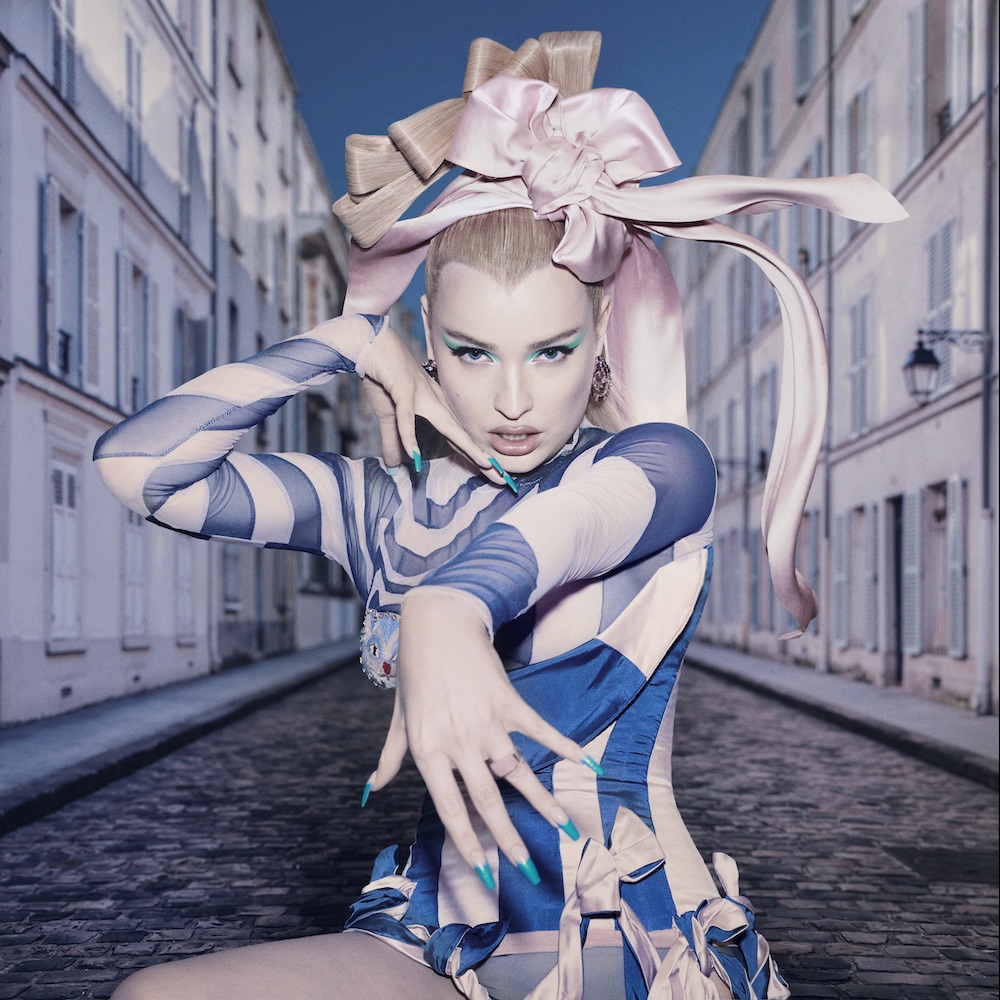 SPOTLIGHT: Kim Petras Might Be More Excited Than Us to Bring the ‘Future’ to NJ

When you think of fun, vivacious, unique, and striking places in New Jersey, there’s a good chance you think of either 1) Asbury Park or 2) Atlantic City.

When you think of fun, vivacious, unique, and striking performers, there’s a good chance you think of Kim Petras.

What happens when you combine the artsy Jersey Shore cities with the artistry of a pop star? A night (or two!) to remember. The stunning and simply unparalleled dance music icon is coming to our home state for a headlining show in Atlantic City on October 8 and Asbury Park on October 9. The musician’s eccentricities and talents are sure to be played up in a cosmic, zesty fashion for both concerts – which she is genuinely looking forward to putting on for us.

I’m so excited to be performing in New Jersey during my favorite month of the year! I’ll see you all for my performances at Stone Pony Summer Stage in Asbury Park and the Hard Rock Hotel in Atlantic City in a couple of days – I’ll be bringing my new “Future Starts Now” music video to the stage!

Kim Petras for The Aquarian

The Los Angeles by-way-of Germany superstar has always taken hints from the pop icons before her, such as Britney Spears and Boy George, but also has the most immaculate peers to influence her just as much. (Charli XCX, Demi Lovato, Dua Lipa – we’re looking at you.) In 2021, Petras is being herself, inspiring others, and grabbing onto any and all scraps of creativity possible. It doesn’t matter that there has been a pandemic raging, Kim Petras isn’t going to slow down for anybody or anything… and we couldn’t be more grateful.

Prior to the pandemic, the singer-songwriter was riding quite the high after dropping two chart-topping studio albums, having hits out with Charli XCX, and even being featured with another Charlie – the Charlie’s Angels reboot soundtrack! And yet, here is Petras, multiple single releases and TikTok smashes later, preparing to take two massive Garden State stages amid the promotional cycle for her latest single, “Future Starts Now.”

That’s right, just yesterday our very favorite release from the internationally loved artist came out, and it’s the new video for the aforementioned, bold, new single. You catch experience it for yourself below.

The song is a powerful, confident bop that draws attention to the climate crisis we are facing as one globe, one planet, and one community. Inspiring fans and listeners once again, Petras paints a picture over the synth-heavy instrumentation that depicts honesty and hope for the future. Raw, yet optimistic, “Future Starts Now” is a beautiful, multi-lingual, modern pop approach to protest music.

In all its nostalgia-tinged razzle-dazzle, it doesn’t lose that always obvious Kim Petras charm or the vital message at hand. In all her colorful, aesthetically pleasing glory, though, the singer doesn’t put on damper on what’s to come in the more imminent future – theatrical live shows and her forthcoming debut record. While we don’t have a date for the latter just yet (Republic Records, we’re in need!), we do know that Kim Petras will be spending October 8 and 9 in Atlantic City and Asbury Park respectively, and it’s a must-go. Now more than ever we need buoyant, truthful live music; plus, we can all stand to learn a little something about determination, drive, imagination, and innovation from Petras herself.

FOR TICKETS AND INFORMATION ON THE HARD ROCK HOTEL SOUND WAVES CONCERT ON OCTOBER 8, CLICK HERE.

FOR TICKETS AND INFORMATION ON THE STONE PONY SUMMERSTAGE CONCERT ON OCTOBER 9, CLICK HERE.