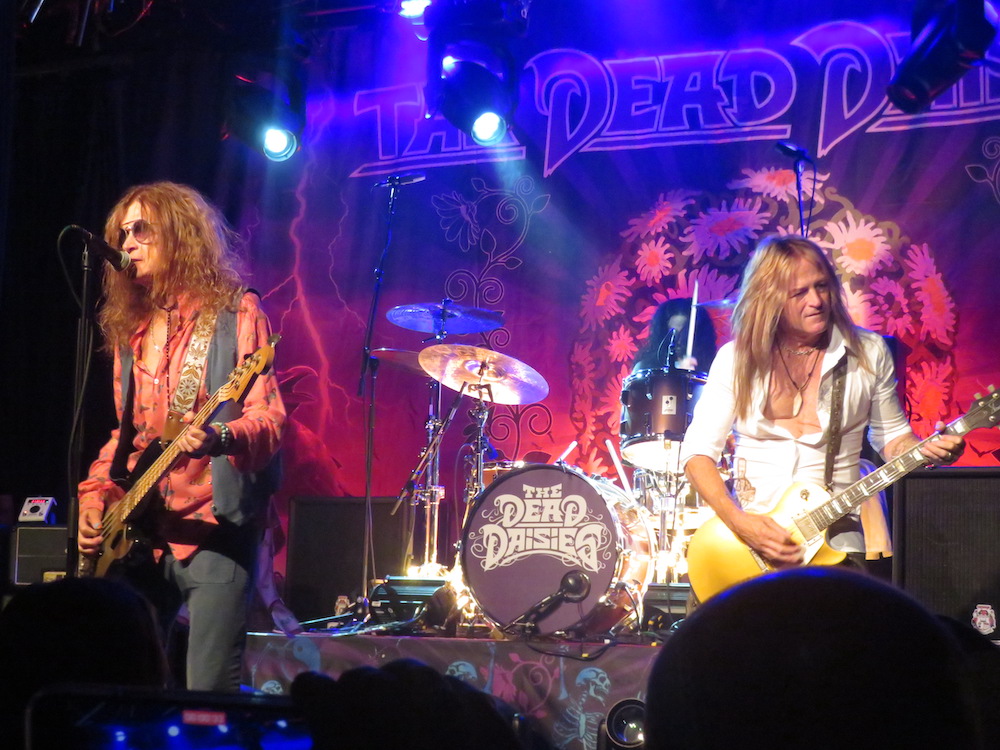 The Dead Daisies formed in 2013 and, in its eight years, more than 20 musicians, many of them well known, have performed in the band. Many of these musicians hailed from various points in the world. Now based in Los Angeles, California, the all-star band continues to be an international unit. Founder and rhythm guitarist David Lowry is from Australia, vocalist and bassist Glenn Hughes (Deep Purple, Trapeze, Black Sabbath, Black Country Communion) is from England, and lead guitarist Doug Aldrich (Whitesnake, Dio, Lion, Hurricane) and drummer Tommy Clufetos (Ted Nugent, Alice Cooper, Rob Zombie, Ozzy Osbourne, Black Sabbath) are from the United States.

The hard rock credentials in the Dead Daisies are impressive and brought together as one ensemble, the band packs a ton of talent. At age 70, Glenn Hughes is the band’s elder, and he is a Rock and Roll Hall of Fame inductee for his role in Deep Purple. Though Doug Aldrich was in elementary school and Tommy Clufetos was not even born yet when classic rock was in its prime in the early 1970s, the quartet has mastered a sound that harkens back almost a half century.

The Dead Daisies’ fifth and most recent studio album, Holy Ground, was released on January 22, and is the first to feature Hughes on lead vocals. Over the past year, the band released six singles from that album, and performed four of them at Sony Hall tonight. The rest of the set featured songs from previous albums, plus four cover songs from the golden age of hard rock.

The Dead Daisies launched its “Like No Other” Tour 2021 on September 10, so the band was primed by the time it arrived in New York City. Using his wide vocal range, Hughes sang soulfully, bringing a bluesy flavor to the band’s catalog. Aldrich’s numerous spotlight moments showcased his skill at shredding fluid, melodic leads on his guitars with a minimal amount of technical tricks and acrobatic stunts. Beyond the powerful vocals and guitar lads, the songs also were anchored by pronounced riffs, thick bass lines and heavy beats. This was the tried and perfected formula for the hard rock era, and it worked again in the Dead Daisies.

The evening was a time trip to an early era of rock music. The performance was as if punk, thrash metal, speed metal, grunge, and post-punk never existed, since the Dead Daisies did not hybrid with these later genres. As the band evolves in the future, perhaps with replacement musicians from around the globe, the Dead Daisies’ uniqueness will be in its fidelity to cultivating this classic rock sound.