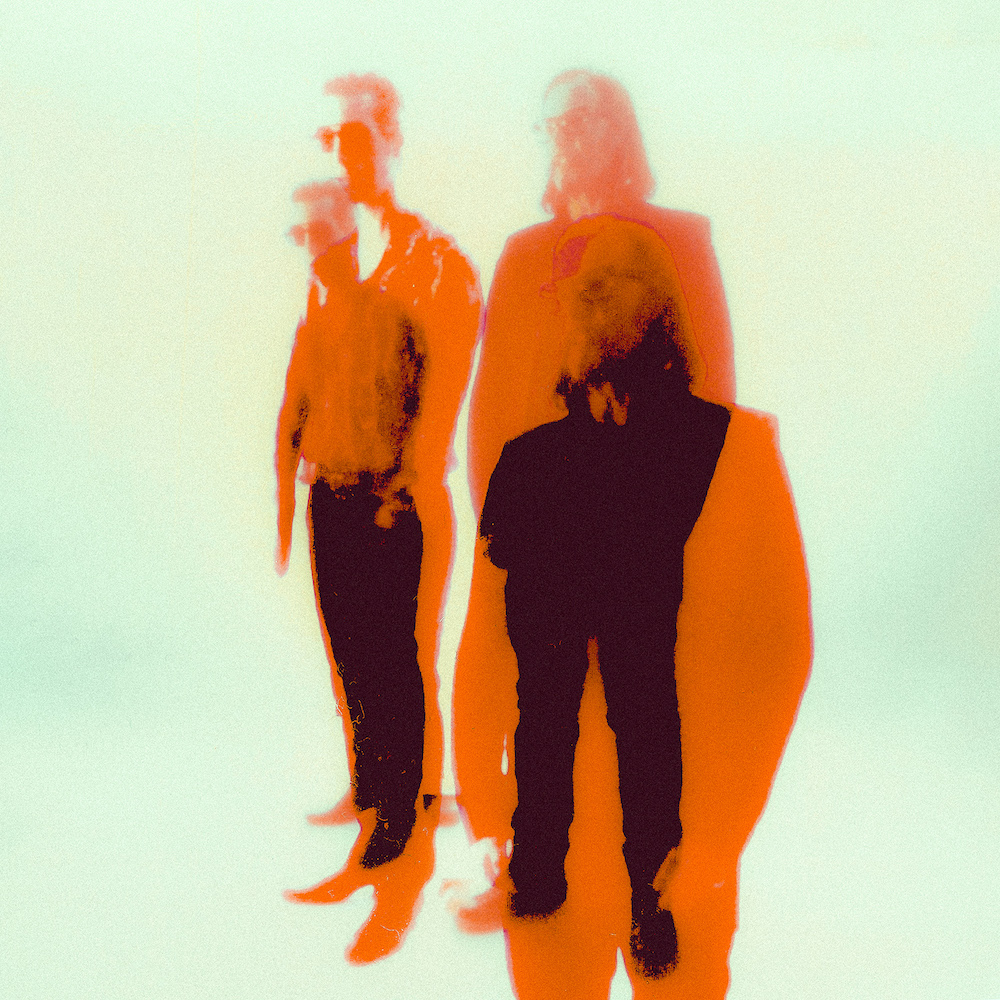 The debut album from Dark Mark vs. Skeleton Joe is just 48 hours from hitting shelves and dropping on streaming services. No matter how you enjoy music, this album deserves a listen one way or another.

The entire DMvsSJ venture is a passion project stemming from none other than Screaming Trees’ Mark Lanegan and The Icarus Line’s Joe Cardamone. While both musicians have had their hand in a slew of memorable musical endeavors over the course of their respective careers, they felt it was time to craft something completely out of left field. With mutual respect for one another personally and artistically, Dark Mark vs. Skeleton Joe came to life. The collaboration began with the provocative two-song debut, “Dark Mark Theme” and “Skeleton Joe Manifesto” at the beginning of Summer 2021. The 12-inch vinyl release slid under the radar (possibly due to the limited physical release and Soundcloud-only streaming drop), but their follow-up single, “No Justice,” was able to pique people’s interest.

“No Justice” comes in at just a few seconds under five minutes, making it an epic techno tale ready for nothing more than floor-shaking dance halls and dimly lit dive bars. The essence of the track is based in its electronic edginess, which doesn’t truly match up with the grunge and punk roots of the pair. While this might be a feat that the collaborators are proud of, especially given their reasoning for embarking on this project, the song prepares fans for a record not up to each musician’s personal par. Both Lanegan and Cardamone are engaging creatives, but that level of connectivity once garnered from their own releases is greatly diminished on Dark Mark vs. Skeleton Joe.

Self-titled albums should encapsulate the style of the band and own up to its definitive title. For DMvsSJ, it does just that, but also ostracizes potential listeners who know and love the artists for their rocking days.

This is not a rock album, unfortunately, and almost takes away from the gritty, concise foundation built by its creators over the last few decades. To that point, Lanegan and Cardamone have been honest in saying they wanted to challenge themselves to make something different, both for fans and their own repertoire, so we have to commend them on that. This is a prolific and striking release, albeit mystifying.

As a whole, the album is powerful, but noisy. One can believe that comes from the hardcore mentality, but that can’t be determined as it is experienced through the lens of heavy EDM beats. Langeden’s voice cuts through said beats in a skillful and much-needed way, but it doesn’t do so frequently enough to distract from the almost ominous amount of instrumental layers. The puzzling experimentation of punk meets dance isn’t new – it’s been around for awhile, shining at its brightest in the 1980s and 1990s. While never truly mainstream, the new wave revolution of that time gave the music some relevancy and credibility. Now, in 2021, the reincarnation of this sound is simply questionable – especially from two established artists.

If looking at Dark Mark vs. Skeleton Joe as an art project or as musical escapism, it’s a solid piece of music. As an album to include in their own respective catalogs, though… not so much. The potential was there. It still is. DMvsSJ could use another set of 16 songs to focus less on twisting their creations around and focus more on making sure their creation resonates. Being grounded in musicianship-based experimentation, psychedelic combinations, and gothic contemplation has made this record a mix of everything and nothing all at once. It’s music and it’s art, which is alone enjoyable, but without an evident rhyme or reason to what’s happening (let alone the order of what’s happening), it’s a bit hard to follow.

A song like “Crime,” in all its piano-backed, haunting glory, could take on a life outside of this record by helping fill out a score for an indie film possibility in the thriller genre. Then there is “No Way Out,” which is almost too lackadaisical for its own good at four plus minutes long. Closing number “Basement Door” drones on as if it’s not actually supposed to be the grand finale to a debut record. “Turning in Reverse” is another harrowing track; one that would’ve made for a good single release with its electronic components, but empty acoustic rock aesthetic. No song could compete with the opening numbers, the aforementioned “No Justice” and “Living Dead,” both of which are robust and mindful in story and melody (term used loosely), even within its dizzying production elements.

Dark Mark vs. Skeleton Joe is a sonic experience that is simply too out of character and too inconsistent to listen to more than once. However, it does deserve your time and energy, because it’s a modern take on experimentation in an increasingly genre-less world. That, on top of its well-regarded creators Mark Langeden and Joe Cardamone, takes it up a notch from merely interesting to full-fledged intriguing. For the first time in a long time, though, there is an album set to be released into the world that listeners will have no shame in picking apart and putting on shuffle from day one.