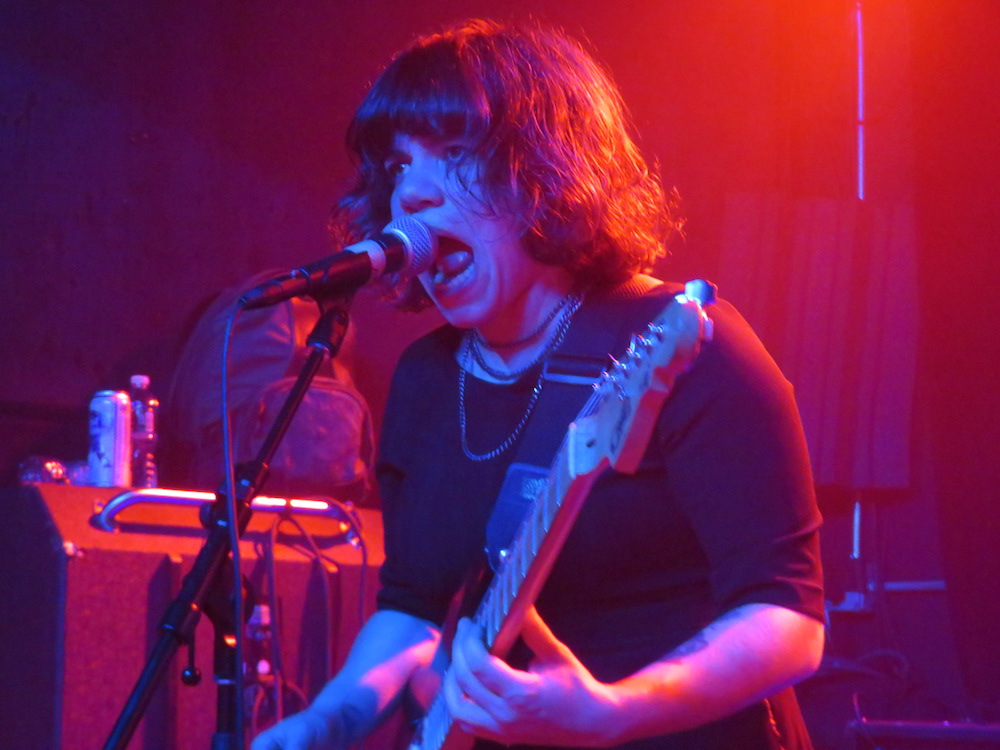 Since forming in 2005 within the DIY basement punk scene in New Brunswick, New Jersey, Screaming Females has had a singular female and she sings more than she screams. Vocalist/guitarist Marissa Paternoster and bassist Mike “King Mike” Abbate formed a band in high school under the name Surgery on TV. After several experiments with various musicians, they formally became a power trio by enlisting drummer Jarrett Dougherty. They named the new band Screaming Females.

Since 2006, Screaming Females has released seven studio albums plus, most recently in 2019, a compilation of singles entitled Singles Too. Also as of late, Paternoster participated in a side project, Noun, which released In the Shade, a three-song EP, on July 13. Paternoster will release Peace Meter, her first album under her own name, on December 3.

On the second of two sold-out nights at Saint Vitus Bar in Brooklyn, Screaming Females played a lightning-speed and volcanic-energy set. Several songs followed the loud-soft-loud dynamic that became popular in the 1990s rock, while many other songs were designed to just rock loud, fast and hard. Paternoster’s vocals brought melody to the compositions and her gruff delivery fueled the incendiary angst and passion. Pauses between songs were momentary, with hardly a word ever spoken from the stage, contributing to the potency and immediacy of the prevailing fury of the raucous performance.

The pivotal drive of the music largely originated from Paternoster’s guitar shredding. As the sole guitarist, she masterfully alternated quickly and frequently from power chords to extended leads and cutting riffs. The transitions were sudden, yet clean. The rhythm section remained steadfastly unified and supportive, consistently monitoring Paternoster’s trajectory in order to change patterns with her.

Screaming Females’ performance was all about rowdy  rock ‘n’ roll intensity. For about an hour, the band detonated that small and packed club. By and large, the bulk of the screaming came from Paternoster’s guitar and from the cheering audience.