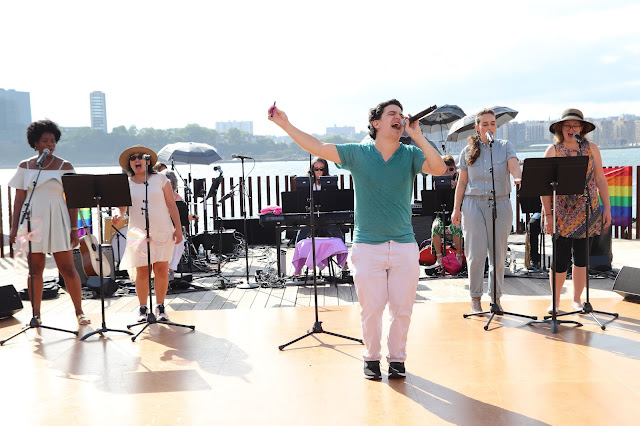 Performing artists based in the Greater New York area can submit now for a chance to work in Little Island next year by applying at here. Applicants must submit performances samples a video, up to two minutes in length, of the work that they propose to perform in the park. Perform in the Park’s application process, which opened today, will close on December 3.

A review panel comprised of Little Island staff, artists, and community partners will evaluate the applications in January 2022. These panelists represent a diversity of artistic disciplines and perspectives. They will select a broad range of artists.

The team will notify the winning applicants in February 2022. All artists contracted by Little Island will be offered paid opportunities. Additional benefits include free tickets to select Little Island programs, plus opportunities to connect and network with Little Island’s community of artists.

“Our inaugural season of Perform in the Park was an overwhelming success! After over a year’s hiatus without art in the streets of New York, 75 New York artists were able to spread joy and bring life back to New York and into our park,” said Julia Kraus [Producer].

FULL ARTICLE CAN BE FOUND HERE!