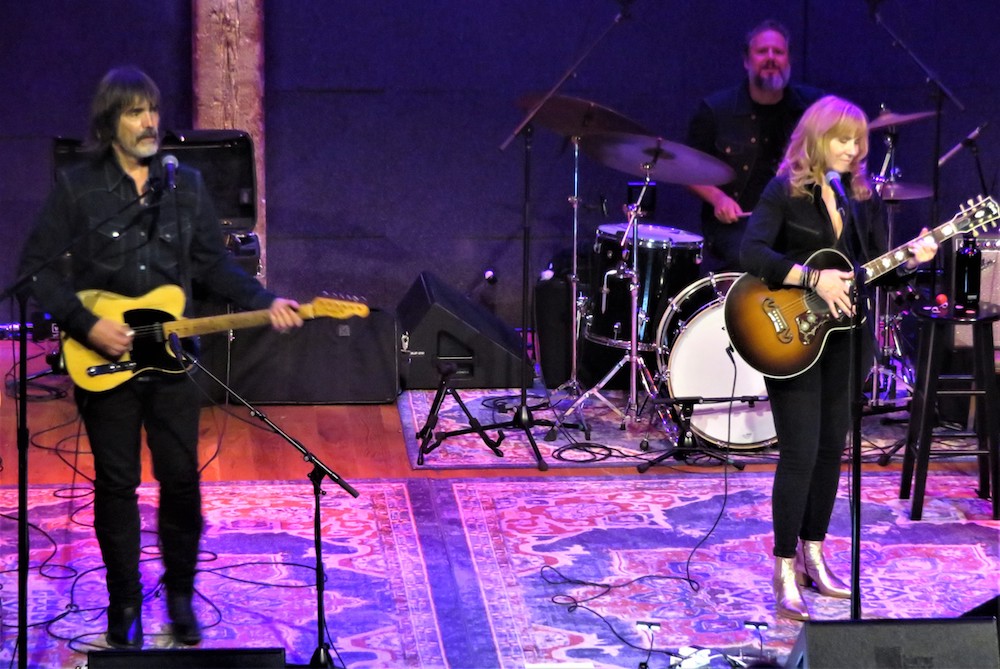 Campbell met Teresa Williams in 1986 when he was hired to play in her band, but their collaboration went far beyond the music – they married in 1988. For years, Williams worked on projects independent of her husband. They started working together as part of Helm’s musical universe in 2004 and then served together as adjunct musicians for other bands. In 2015, after decades of working on other people’s projects, Campbell and Williams finally made their official debut as a stand-alone duo in 2015 with the album Larry Campbell & Teresa Williams. In 2017, the duo released its second album, Contraband Love. Campbell and Williams continue to perform as hired hands with other ensembles, including Campbell’s annual participation in the Love Rocks NYC concerts, but most of the time the couple is inseparable, supporting Phil Lesh, Little Feat, Jorma Kaukonen and Jack Casady, Amy Helm, and other musicians.

Even with no new recordings to promote, Larry Campbell & Teresa Williams frequently embark on local concert tours. Backed by a team of Woodstock veterans, the duo returned to City Winery NYC on October 26 to rip some down home American roots music for an eager audience. The performance began with Williams singing old-time country songs, but it was not long before the band found its center with the modern Woodstock sound.

True to their commitment to Americana roots, the musicians effectively appropriated and modernized traditional sounds from Appalachia, Chicago, the Delta, New Orleans,  Memphis, and other sources. Williams was a fine singer. Brian Mitchell did not play on every song, but when he played his accordion, he transformed the song by making it more lush. Bassist Byron Isaacs of the Lumineers and drummer Justin Guip of Hot Tuna gave the songs their thump and groove. Most impressive of all was Campbell’s guitar work, scorching here, funky there, yet always clean, melodic and riveting. His contributions on fiddle and mandolin also added to the color palate of the songs.