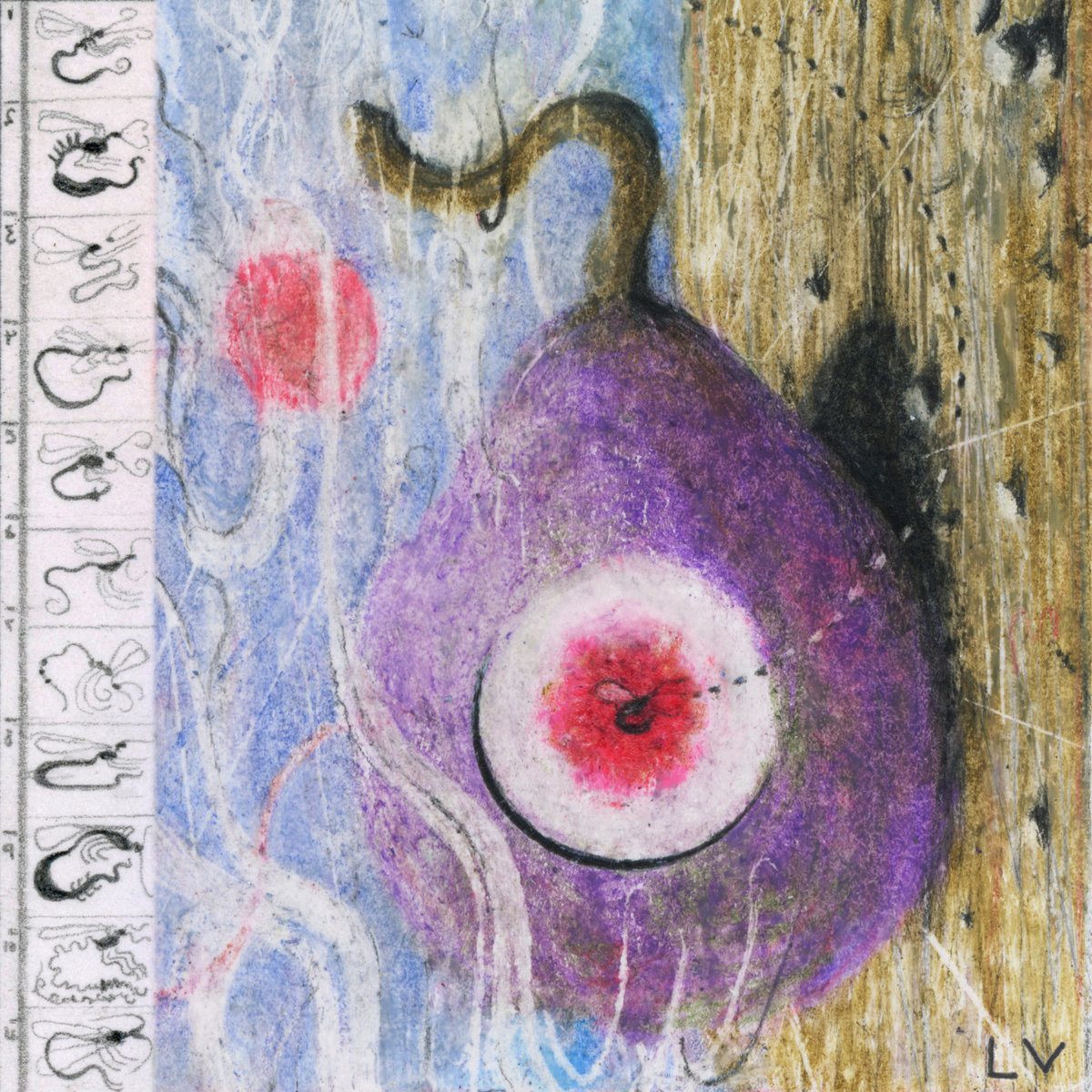 Lunar Vacation’s Debut Record Is a Gen. Z Approach to an Electro-Alt Sound

There’s nothing quite like picking a fresh fig from the garden and biting into the sweet, delectable jelly inside.

Atlanta-based indie quartet Lunar Vacation arrived with their debut album, Inside Every Fig is a Dead Wasp, on October 29, which follows a slew of successful EPs and singles released since 2017. Their debut comes from revered indie label Keeled Scales Records; their first big signing.

The self-proclaimed “pool rock ” band consists of guitarists and vocalists Grace Repasky and Maggie Geeslin, Matteo DeLurgio on synthesizer, and Connor Dowd on drums. Repasky and Geeslin were childhood friends, and the notion of forming a band happened the week both received their driver’s licenses. After rapidly turning over a few demos, they filled a setlist and supported artists such as Remo Drive, SALES, and Sidney Gish on tour. Geeslin was working at Criminal Records in her hometown when in wandered Daniel Gleason, bassist for alternative heroes Grouplove. After a fortuitous discussion, Gleason agreed to produce their album, which furthers why Lunar Vacation has evolved from their previous EPs to now.

A quick biology lesson to understand the album’s title: Figs are actually inverted flowers, and in order for them to be pollinated and bloom, fig wasps have to burrow inside them. Once a female wasp squeezes into the fig, sacrificing her wings in the process, she can give birth to her larvae. The female then will either die from starvation or exhaustion, but her species can continue. So, within the good, there’s a catch. Imagine “Every Rose Has Its Thorn” but updated for Gen Z.

Inside Every Fig begins with “Purple Dreams no. 4;” a melancholic prelude with a pair of guitars – an acoustic lightly strumming chords and an electric meandering across the frets. They commence together, then separate into two distinct melodies, before rekindling pleasantly. Just under a minute long, it seamlessly transitions into “Peddler,” a crisp and poignant song about missed expectations. The opening lyric of, “It’s cold in Kentucky,” sits with a weighted pause – a sting, like our noses feel the Kentucky air. “I’m high but I’m feeling down,” is a recurring lyric in each verse, a reminder of conflicting mindsets we sometimes can’t avoid. The chorus is among the catchiest on the record. My only complaint with this song is that it ends.

“Shrug” was one of the singles that teased this album, dropping long before this fall back in June. Here, Repasky really showcases her vocal range by hitting a series of notes in the choruses that just keep rising. Despite the lyrical theme of “playing it safe,” Repasky takes a leap and it pays off. Also noteworthy: Dowd’s drums have the right amount of snap that make this track glisten.

“Where Did Everyone Go?” tells the story of a couple, who are both too afraid to speak their individual truths. They’re at the edge of a cliff emotionally; literally watching the sunrise but feeling the sun has set on their time together. Although we can observe them, we’re reminded that we do not see the whole picture, but a vignette.

The sun is a prominent theme on this album. Warmth and the absence of it, in Lunar Vacation’s melodies, lyrics, and tones are very present in these songs. “Making Lunch (Not Right Now)” mentions wanting to see the sunrise and escaping town, among other passing thoughts. Geeslin also plays the banjo on this track and plucks it well. “Mold” discusses opening the curtains as well as Repasky changing along with the seasons.

One constant throughout this album is how the changing seasons affect hearing it. Inside Every Fig can easily be the soundtrack to our warm autumn (or extended summer, depending on who you ask.) It could be evocative of a long drive to see the fall foliage, a snowy and delicate winter morning, and the sunny day after a rainy spell in spring.

“Cutting Corners” is among the shorter and more energetic songs. With a riff out of the Vampire Weekend playbook and Minus the Bear synth resonance, this song will quickly become a fan favorite. Then we have “The Waiting Game,” a dreamy, sad lullaby asking for empathy.

This album ends with a heartbreaking back-to-back-to-back sequence of “Gears,” “Anemone,” and “But Maybe” that act as different stages in a grieving period. “Gears” is about denying the despair of a separation, perhaps a breakup. “Anemone” is reluctant acceptance and slowly moving past this stage. The final track is a bittersweet epilogue of what-might-have-been nostalgia and picking-up-the-pieces tenacity. The track fades with the final lyric being, “I am truly ready to face it all, on my own.”

Inside Every Fig is a Dead Wasp is a rejuvenating listen. Fun, fresh, youthful, but also melancholic and ethereal. Lunar Vacation has a strong debut here and a long, bright road ahead of them.