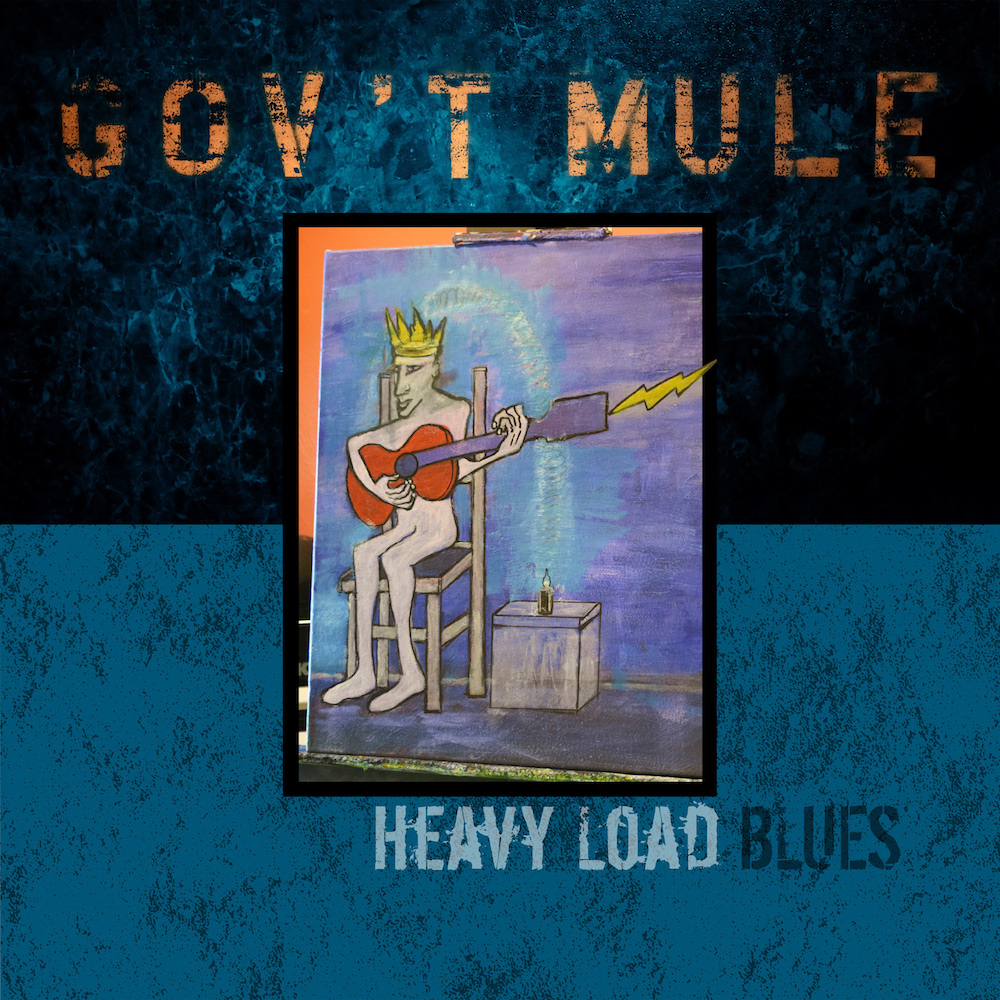 New Gov’t Mule LP Puts the Beauty Back in Blues

The Mule saunters back this way. Sturdy, dependable, and mighty, it can withstand heavy cargo. It may move meticulously, but it never stops. Such is the case with Gov’t Mule’s new album Heavy Load Blues.

The esteemed Southern rock jam band known best as Gov’t Mule returns with their 11th studio album on November 12 via Fantasy Records. This is their latest studio work since 2017’s Revolution Come…Revolution Go. (Although in that time, a few live albums were dropped.)

Gov’t Mule has plenty of blues influence in their discography, they have never released a full-length blues album… until now.

Led by legendary guitarist and vocalist Warren Haynes, Gov’t Mule consists of Matt Abts behind the drumkit, Jorgen Carlsson on bass, and Danny Louis on keyboards, trumpet, guitar, and backup vocals. Haynes played with The Allman Brothers and won a Grammy for Best Rock Instrumental Performance for his rendition of “Jessica” in 1995, but has only been nominated eight times, which is criminal. He’s also played with the Dave Matthews Band, Garth Brooks, youngblood Marcus King, surviving members of The Grateful Dead, and many more.

Heavy Load Blues is a healthy dose of covers and originals. The album begins with “Blues Before Sunrise,” a quintessential blues song that can be traced back to Leroy Carr in 1932. John Lee Hooker, Elmore James, and Eric Clapton have all covered this song. Haynes’ raspy vocals and guitar paired with Louis’ piano thrive. Additionally, the harmonica player here needs a raise

Following that is an original song titled “Hole in my Soul.” A horn-filled track a lá Cab Calloway, it is complete with staggering guitars and lyrics pertaining to yesterday’s regrets. “Love is A Mean Old World” is another spiteful tune about smilin’ when you feel like frownin’ and getting even. The piano trills while the slide guitar wails.

Then there’s a Bobby “Blue” Bland cover of his classic “Ain’t no Love in The Heart of The City.” Warren is not afraid to belt out and challenge Bobby’s scratchiness. A subtle and relaxed tune that relies on the keys for the first half with subdued guitar flare turns a howlin’ latter half from Haynes’ Gibson.

The singles for this album are all very adjacent to each other in the center. “Snatch it Back and Hold It,” “Make it Rain,” and “Heavy Load” all stand out for different reasons. “Snatch it Back” is a percussive Junior Wells cover with sizzling cymbals and purposeful swerves on the guitar neck. This track is the most ad libbed on the album; every other song is a true cover, whereas this becomes jammy. No complaints though.

“Make it Rain” is a Tom Waits cover from his 2004 album Real Gone; just when you thought Waits couldn’t get more cynical, Gov’t Mule somehow tops him. And “Heavy Load” is the first time Haynes Goes acoustic and unaccompanied.

There are a lot of angry songs on this LP. “Wake Up Dead” sees Warren calling someone “out your head” and gives a foreboding pointer to that crazy fool. He’s firm and convincingly homicidal, too. “(Brother Bill) Last Clean Shirt” is a cover from The Animals, but here, Warren adds a pointed “Mother Fucker” in that first verse.

Throughout this album, the keyboard played is so captivating. I cannot find the particular model Danny is playing, but I do know it is an old, trusty keyboard with a rich, antiquated sound. Every song this particular instrument is on adds layers to the final product. Most of the band’s equipment and instruments are intentionally analog to provide a deeper and more historic sound. A great choice indeed.

“Feel Like Breaking Up Somebody’s Home,” an Ann Peebles track, starts with a big, fuzzy bass tone. This song really puts Carlsson in the driver’s seat, and he eats up the spotlight by laying down the groove. The solo sees a nice call-and-response from Haynes’ Gibson and Jorgen’s bass-thumping. Directly following is “If Heartaches Were Nickels,” a 1994 track originally recorded by Kenny Neal. Warren has played this track before live with contemporary Joe Bonamassa and finally added his own studio version. The sincerity with which he wails the titular, “If heartaches were nickels, I’d be the richest fool alive,” incites goosebumps.

The heaviest song on Heavy Load Blues, in terms of riff, is the penultimate “I asked Her for Water (She Gave Me Gasoline.)” A Howlin’ Wolf tribute, this song sees Haynes striking power chords with Tony Iommi tuning, palm muting, and a staccato solo that builds to screams. This is the longest song on the album, but the time sure flies. Almost fives times as long as the original, Howlin’ Wolf would be proud to hear this cover.

It is astounding this is The Mule’s first fully blues album. For over 25 years and hundreds of performances, this band has been one of the acts taking up the torch. Although this is their only full blues album, these 13 tracks provide significant emotion, conveyed with fabled precision.

This album comes to a close with “Black Horizon,” Gov’t Mule’s most country song on this record. Here we have a slide guitar and what sounds like a Dobro paired with a dusty western stomp. “Am I chasing him, or is he chasing me?;” a testimonial to Robert Johnson’s faustian meeting at the Crossroads. Playing in the style of Johnson, Haynes gives a wonderful homage to the King of the Delta Blues. It ends with a fade out… an allusion to his legend living on.

HEAVY LOAD BLUES, THE NEW ALBUM BY GOV’T MULE, IS OUT THIS FRIDAY, NOVEMBER 12 WHEREVER YOU LISTEN TO MUSIC!