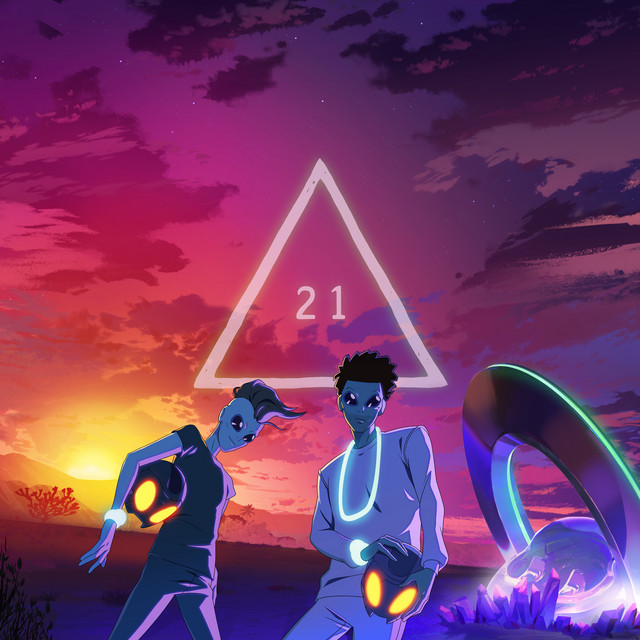 AREA21 Remind Us That Electronica Can Be Humanized

No, we’re not talking about giving a name to the electronic devices in your house (Hi, Siri! Hi, Alexa!). We’re talking about allowing the unique stylings of EDM to tell just as much of a story as something more musically in the realm of Bob Dylan or Taylor Swift.

AREA21 is otherworldly. Not in the sense that it is foreign to us as music listeners, but in a way that makes it just a bit too eclectic for the mainstream. The masterful duo that make up AREA21 are popular, though, with success in their respective departments of hip-hop and electronica. Martin Garrix and Maejor have taken what we know and love of theirs and combined it in a specifically executed alien fashion. It’s in the name – AREA21 is a direct play on the well-known and much conspired over AREA51. Their style pulls from that idea and its infamy to build out their debut album, which has been out for the last week and is deserving of its own listening, discussing, and vibing as humans. (No, not as aliens… yet.)

Titled Greatest Hits Vol. 1, the experimentalists waited five years for their first joint full-length to drop. Since 2016 they have released songs, some grand hits, which were breadcrumbs of what to expect on the LP. It’s a much more in-depth and challenging journey than expected from the individual drops, but pieces together in a captivating way.

For those who aren’t up on the EDM scene, or are simply not a consistent listener of the genre, a robust and cohesive record based in electronic beats and bops seems questionable, even surprising. AREA21 combine futuristic production and inklings of past experiences to do such a thing – almost with ease.

A stimulating 12-track release from start to finish, Greatest Hits Vol. 1 takes talents from both Martin Garrix and Maejor and allows them to shine, but without ever dulling either star’s creativity. AREA21 is collaborative in all sense of the word. Point blank. Garrix is mixing and mastering heavy with slick lyricism as a DJ. Maejor is singer-songwriter at heart with a few production roots, but not quite as electronic as Garrix’s. This is evident in the production explored, such as soft atmospheric bass runs under pertinent lyrics, and the influence that prevail, such as hip-pop (where the rowdiness of classic hip-hop is underscored by modern pop melodies).

The energy throughout is unmatched no matter the groove the EDM duo get into. From the most tantalizing intros and outros to the bounciest of drops, this album covers it all and entertains the whole way through. It also inspires, reminding us that no matter how ‘alien’ we feel, for better or for worse, we’re all human at the end of the day. That connection grounds us as artists, as workers, as friends, and as people going through this life together with a whole world in front of us that can change at any moment, as well as varying perspectives that can shift and evolve over time.

Take a song like “Mona Lisa” as an example. It is stylish and elegant, even as an urban-laced dance tune. Then you have, “Followers,” which is just the same, but rougher around the edges and poignant in a current events kind of way. “Going Home” follows the same story, as well, however it doesn’t answer to any questions – it lives out on its own and forces you to absorb the sights and sounds in that moment. Nothing is too trap-heavy, which is something Maejor is more known for. Similarly, few songs feel overpowered by the intense wavelength changes that Garrix made a signature of his early on in his career as both an artist and produce. These two balance each other out as creatives, as innovators, and as friends – it makes Greatest Hits Vol. 1 all the more special.

Fun, connecting, sentimental, and human – that is this AREA21 debut. There are grooves, there are vibes, there are bops, but there is also personality and humanity within. It’s not deep down, either, you can find it with just a bit more attention in the flow of the record’s tracklist, the songwriting at hand, and the influx (or lackthereof) of computer-driven musicality.

GREATEST HITS VOL. 1, THE DEBUT ALBUM FROM Martin Garrix AND MAEJOR, AKA AREA21, IS OUT NOW!