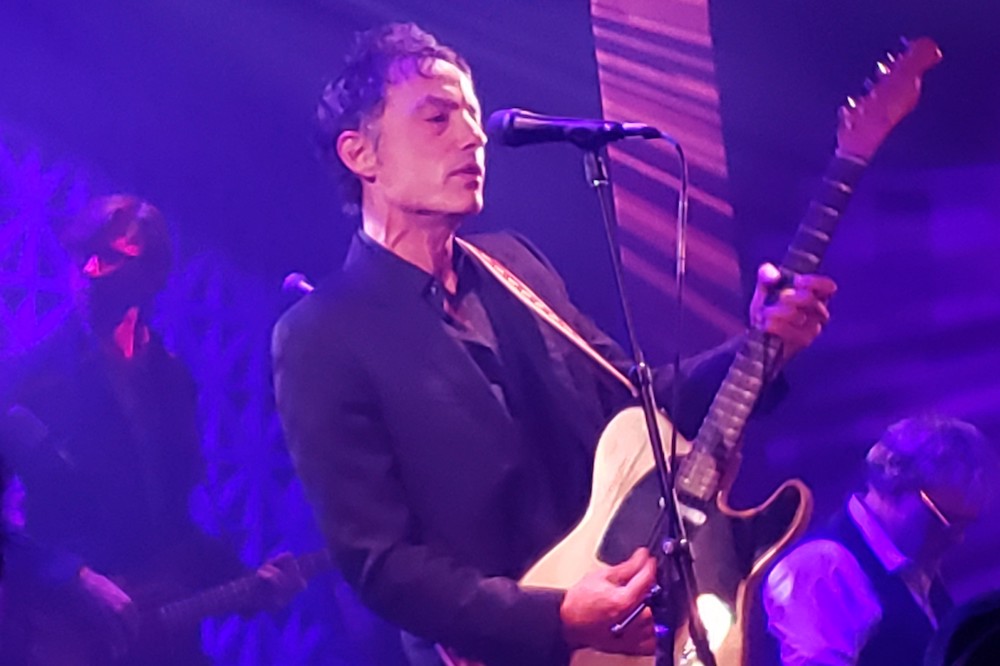 Helplessly living under high public expectation because he is the son of Bob Dylan, Jakob Dylan and his band, the Wallflowers, made a splash in the post-grunge 1990s with a multi-platinum album and two Grammy Awards. Since then, lightning has not struck twice at the same place, with subsequent albums achieving moderate success. Dylan continues the Wallflowers as an outlet for certain songs, releasing a seventh studio album, Exit Wounds, on July 9.

The Wallflowers started as a roots rock quintet in 1988 but, after numerous hiatuses and personnel changes, it became a singularly Jakob Dylan project. The vocalist/guitarist is the sole remaining member from the original band. The current lineup consists of Dylan, guitarists Ben Peeler and Stanton Edward Adcock, keyboardist Aaron Embry, bassist Whynot Jansveld and drummer Mark Stepro. This is the Wallflowers that performed at Brooklyn’s newest rock venue, Brooklyn Made.

Following a solid set by local act Strange Majik, the Wallflowers launched a rousing set of heartland rock before a standing audience. Bridging rock and Americana, the music featured some twang and a lot of bounce. Dylan sang in his cloudy voice that sounded very much like Mark Knopfler of Dire Straits. The band rocked softly behind him, with periodic spotlights on fluid lead guitar runs and energetic lap guitar slides.

Seemingly eager to showcase the current album, the Wallflowers performed a whopping seven new songs. These songs were peppered between the five best-known songs from the best-selling Bringing Down the Horse album, six mid-period songs, and two cover songs. Much of the set pre-dated the current musicians, yet they handled the songs well, adding their own flourishes to the arrangements. Although Dylan is in essence the Wallflowers, the band worked well as a cohesive unit, never retreating to what would feel like a back-up band or hired hands.

Dylan’s role was pivotal in the Wallflowers performance. He directed the dynamics well, allowing his musicians time to demonstrate their skills, particularly late in the program. His singing remained in the forefront of every song and he also animated the set between songs with small gestures like making frequent small talk and removing his jacket and donning a wide-brimmed hat for the encore.

Keeping two musical trajectories distinct, the Wallflowers’ set included no songs from Dylan’s three solo albums. He reserved his solo work for another occasion. For a deeper look into Dylan as a singer-songwriter, one must wait for him to tour as a solo act.