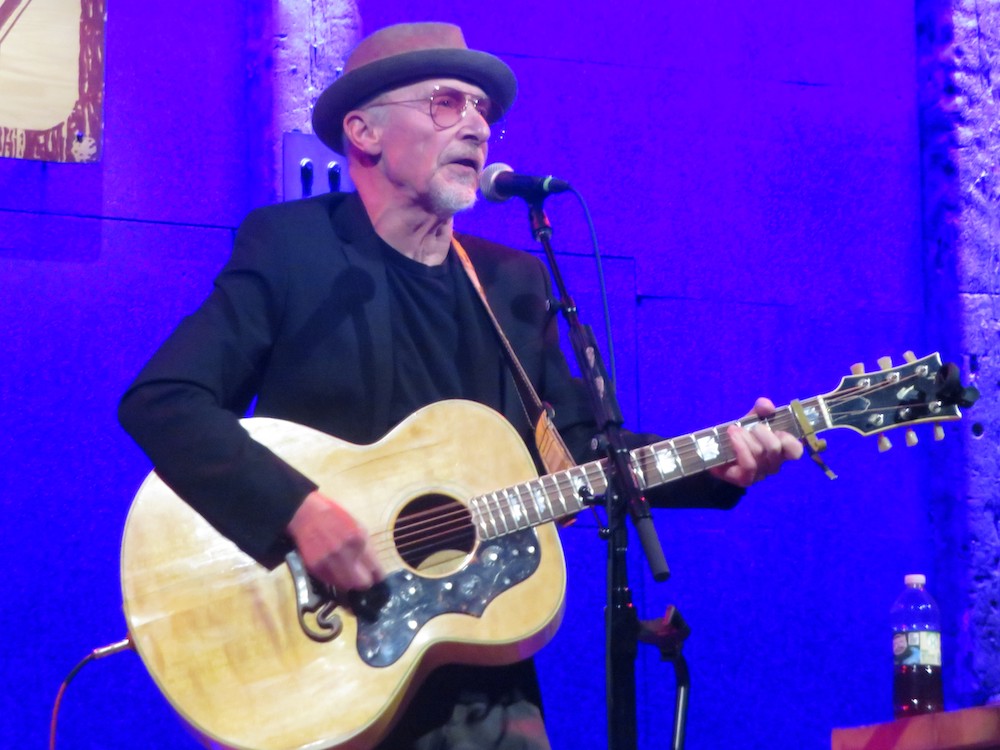 Graham Parker has recorded 13 studio albums as a solo artist, bookended by 10 studio albums with various bands including the Rumour, the group with which he launched his career in 1975. At City Winery, he performed a solo acoustic set, during which he performed 11 songs from his solo albums and nine from band albums. The numbers show that he has a denser catalogue as a solo artist, even though his band work commercially was more successful.

Parker last released a studio album with new material in 2018. That album, Cloud Symbols, featured his most recent band, the Gold Tops. His most recent album, Five Old Souls: Live in Southampton, 2021, was released on March 5. That album features the Gold Tops, along with the Rumour Brass. The recording is Parker’s 22nd live album.

At City Winery, Parker’s snarly voice remained intact, fitting especially well with songs that highlighted his sense of irony, sarcasm, and wit. With only his acoustic guitar for accompaniment, the lyrics were more obvious than when he performs with additional musicians. Parker’s British origin occasionally influenced his phrasing in an appealing manner.

While the solo acoustic performance was not designed to rock very hard, periodically it had a few audience members standing and bouncing to the rhythms. The songs had merit in this softer format, yet so many songs cried out for a full band arrangement. Parker solo was fine, but Parker with a band would have been so much better. Hopefully in the future Parker will return with a rocking band and carve into the set a brief acoustic set.