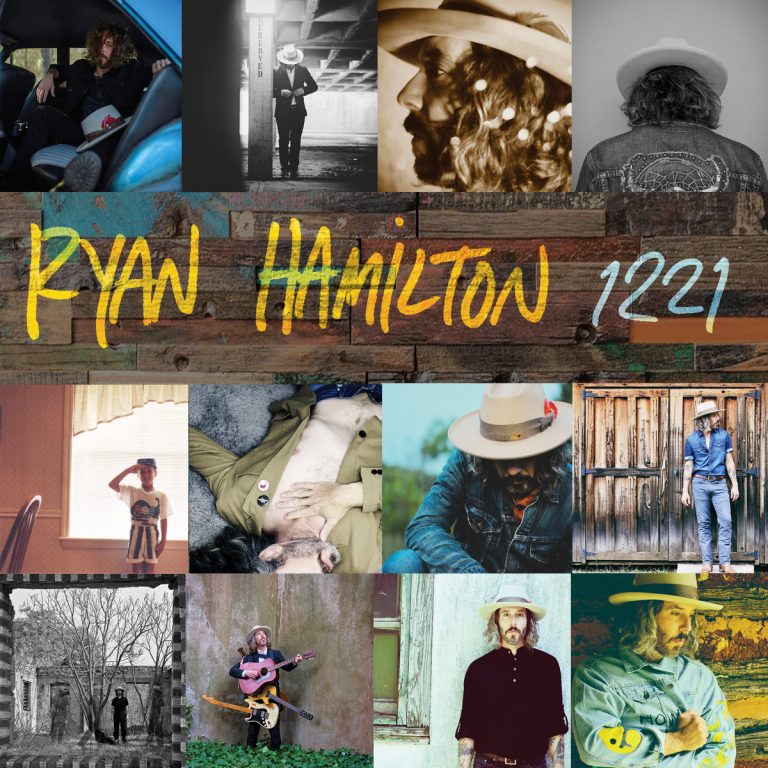 Although out for not even two months out of the year, Ryan Hamilton’s latest release has made it onto ‘2021 Album of the Year’ lists. Why? Because. it’s. just. that. good.

In January 2021, Ryan Hamilton announced he was going to release one song every month during the height of the pandemic. I mean, why not? It’s not like anybody could tour, especially since his band The Harlequin Ghosts live in the UK. Not one to rest on his laurels, he worked with Dave Draper, long-time collaborator and producer, to create 1221. This masterpiece contains nine original songs and three covers. Hamilton is being called “this generation’s Tom Petty” to “the future of rock ‘n roll” by iconic musicians. After hearing the album, it’s clear why these statements are factual.

“How Could You Want Him (When You Know You Could Have Me)” begins the journey with a sublime cover of the upbeat Spin Doctor’s tune. It’s lush, melancholy, and performed in a way that adds a new layer without compromising the original.

The second track, “Deja Vu I Love You,” is power pop at its best. It’s sure to be a bonafide favorite complete with catchy lyrics and driven by heavy guitar riffs. This song is the complete opposite of it’s forerunner, but that’s the charm of 1221. You’ll find yourself tapping your toes one minute and then tapping into your feelings the next. Such is the case with “Caught Up In A Moment,” a piano driven ballad that is made for the dreamers in all of us, and even “Satellite,” where “the spaceship days when you I were young” will have you spinning into orbit.

Austin based musician Bob Scheider sent him “Babies” – one of the most profound songs I’ve ever heard. My mind exploded the first time I listened to it. This was an honor for Hamilton to record, since Schneider was the first music friend to allow him to feel like himself. That’s huge in any arena, especially the music industry.

“Shots Fired” has energy and excitement through and through. Hamilton proclaims that it’s not a love song, but it feels pretty good to me. “Big Man” continues the momentum with a previously unreleased tune penned by Chuck Prophet and Kurt Lipschutz. “Permanent Holiday” is a rollicking rock song. It’s the perfect roller coaster or road trip companion. Next up is a killer rendition of “Banditos” by The Refreshments. You know you want to sing along with this one. So, let’s do it…

“Everybody knows that the world is full of stupid people. So meet me at the mission at midnight, we’ll divvy up there.”

Yeah! Ahem, back to 1221, shall we? “Do The Damage” keeps you shaking your moneymaker with old school rock ‘n roll swagger. “If Life Was A Movie” is a cheery ditty about two damaged lovers that gives Romeo and Juliet a run for their money.

Last, but certainly not least, “Ready To Love Again’ is told from the perspective of someone willing to give love another shot. It’s heartbreaking and hopeful at the same time. It’s the perfect way to end the album. Even though 1221 was released on November 26, it has secured a spot in my list of Top 10 albums of 2021 – and rightfully so. Give it a listen and I think you’ll agree with me.

If you like what you hear, Ryan Hamilton is hosting his third Annual Holiday Hoedown live from Stephenville, Texas. This event will be streamed worldwide one night only, December 9 (my birthday!). You can watch anywhere with an internet connection and each ticket purchase comes with a free download of a live album recorded during the show. How wicked cool is that? More information can be found here.