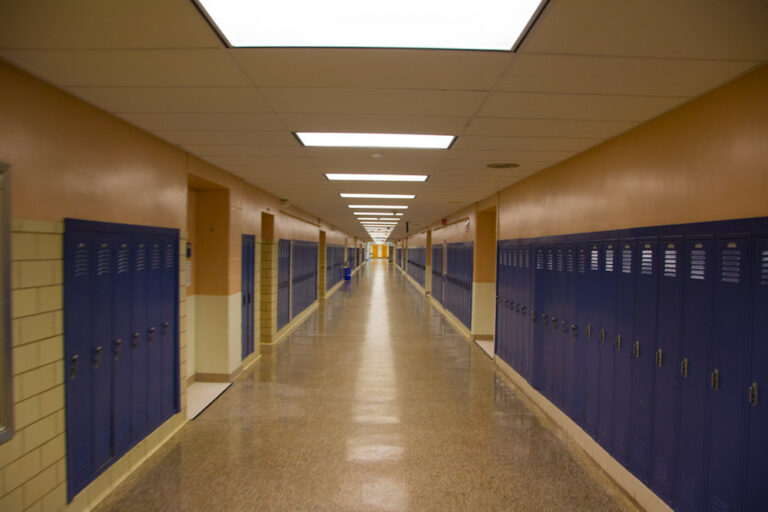 "Middle School Hallway" by kjarrett is licensed under CC BY 2.0

Thoughts from a parent on the new violence normal.

Ok, so the morning I am writing this (December 17, 2021) I get a text from one of my daughter’s eighth-grade friends at around 6:00 a.m. on whether the young 13-year-old in my care is going to school today. I must admit (bad parenting 101) I was unaware that there was a warning out there about some National School Bomb/Shooting Day floating around the Internet thanks in no small part to a TikTok/Snapchat social media viral frenzy over a few days in mid-December. This was, as I have researched, the bizarre but expected offshoot of a hoax perpetuated by some enterprising urchins in the Midwest trying to get schools to shut down “for fun.” Well, in this era of the weekly school shootings, and being a parent of a middle school kid, this was, to say the least, concerning.

Spoiler Alert: We sent our kid in. Packing.

Well, not really. It is just something I write to be pithy and to allay my growing fears about what the hell is going on, but unlike many of my fellow Americans, I am not in the “What Have We Become?” camp. This has been the America of my 59 years of breathing. In the 1960s, there were weekly bomb threats to my Catholic School in the Bronx, New York. I was in first grade and we were routinely waltzed into the playground behind the school. Interestingly, one time I was standing back there and noticed the shadow of the school engulfing us tikes as we waited for the bell to usher us back into the joint. I decided that any detonated bomb would likely rain rubble down upon us. I turned and walked home. I got a lot of shit for that, but at six, I think I possessed enough self-preservation to consider it again the moment I heard they’d announced in the towers on 9/11 that everyone should not panic and stay in their cubicles. My guess is I would have turned and walked out, but who knows?

Anyway, it totally sucks that we must be wary of our children walking into a school that may or may not be shot up or blown up today. Right? Whether you support full gun rights or fear every kind of terrorism or believe some other thing, we can agree this ain’t cool. This is not Jerusalem, after all. When I went to Israel in 1996 the main response to what had been going on there for decades (centuries?) was “We just want our kids to take the bus in peace,” – Palestinians and Israelis.

I live in the mountains of New Jersey, and although there is the usual congregation of gun-perverts you expect up here, I think it is a fairly benign region. Then again, these sleepy towns are the ones with the neighbor’s kid who decides he’s had enough.

But getting back to this morning’s drama – before the fancy tweet from Governor Phil Murphy, “While there are no known specific threats against New Jersey schools, the safety of our children is our highest priority and we will work closely with law enforcement to monitor the situation and remain prepared,” I received several texts from other concerned parents. By the way, as an aside, I think this whole using Twitter to make serious government-related announcements should stop. Another fantastic legacy held over from our previous President Idiot. What if you are not on Twitter? Your kid doesn’t count? You think I follow Murphy on Twitter?

Doing some research on all of this, there have been, according to Nassau, Long Island Police Chief Patrick Ryder, a 148% increase in school threats this year. It is a thing now, and “a thing” usually ends up being exploited on the Internet. This, I think, (Jesus, I hope) is what we have here. I have prided myself in not living in fear – of viruses, terrorists, evangelicals, fringe movements, the government, Major League Baseball, big cities, traveling abroad, mainlining absinthe, and the like. This was a tough one. My daughter is more important than anything on planet earth, as I am sure your offspring is. But how are we supposed to live (function) in this “new normal” environment of violence-first? I wonder back to the Pilgrims and those lunatics who started building houses on Native American land or any number of crazy violence-related shit Americans have been dealing with since we decided to stomp around here as if we owned the place?

I suppose there is no answer to any of this when you consider our legacy of violence. And now our ability to post some madness out there that gets reposted and reposted. How do you think you end up with the kind of street riots of 2020 and, most egregiously, the January 6 insurrection of the U.S. Capitol in broad daylight? The Internet is our playground and every playground has those kids… you know those kids. The ability to communicate the idea of violence, insurrection, destruction is so easy now. And so is complete and utter bullshit. The crazies count on the bullshit. Although I do support every kind of free speech, this equates to shouting fire in a crowded theater. Causing panic is terrorism. So, if you forward this stuff, are you a terrorist? I am still formulating my opinion on government officials who support those who caused January 6, including President Idiot, so I’ll get back to you on that.

And, let’s face it, it is all well and good to use this space to parse these social aspects of our collective damaged psyche for a lark, however, this is my kid. These are your kids. Are we forced to live in an armored compound and stock up on canned goods?

I say, nah to that. Although I guess I cannot fault anyone for going full-on “Check Out” when this kind of thing hits home. It can change perspectives. Fast.

I always say Expect the Worst, Hope for the Best. I guess prepare for all of the above is the best answer to any of it.

And by it, I mean, reality.