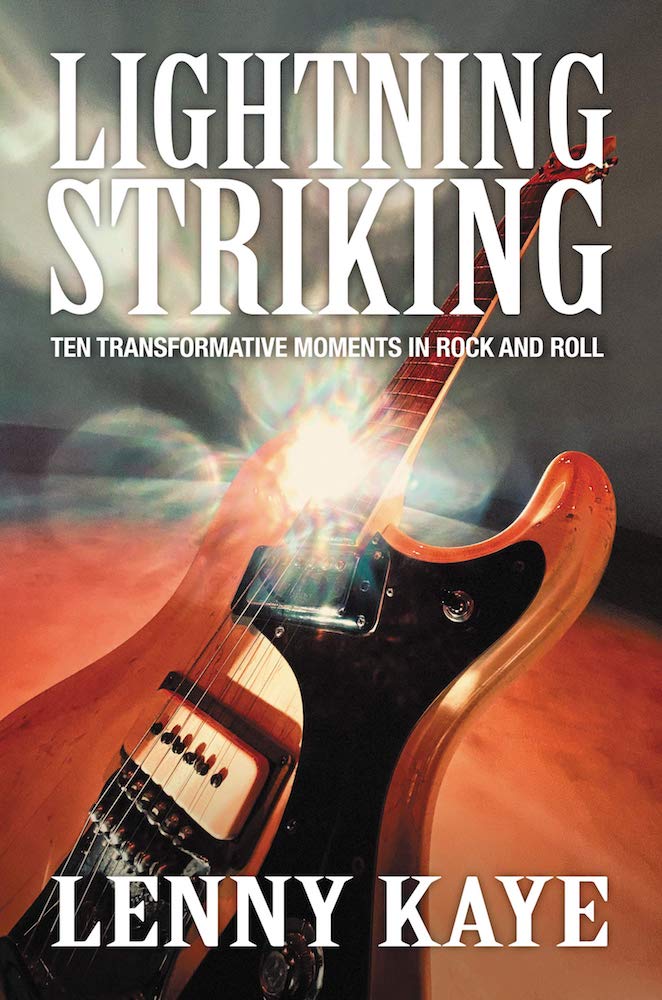 Who Says You Can’t Catch Lightning in a Bottle More Than Once?

Lenny Kaye has been a fixture in the music business for decades. He is best known as Patti Smith’s longtime guitarist, collaborator, and friend; in addition to being an insightful and inspiring music scribe. Kaye was born with, grew up with, and grew old with rock and roll (his words, not mine).

In his newest tome, Lightning Striking: Ten Transformative Moments in Rock and Roll, Kaye vividly illustrates the people, places, and events as if you were looking through his eyes. “The odds of being struck by lightning are 300,00 to 1. I think that’s an underestimate. I’ve been struck by lightning many a time, many a place,” he says.

Lightning Striking depicts every pivotal moment with care. The narrator depicts everything from the frenzy of a young crowd dancing to a new style of music made just for them courtesy of Alan Freed to the allegiance of four lads from Liverpool that eventually altered and amazed those who tuned into a certain television show. Kaye takes you to the streets from the subterranean clubs on Bowery in New York City to downtown Seattle where a new sound combining punk and alternative music emerged. I especially loved the passage covering Los Angeles in 1984 where glitter and glam collided with NWOBHM (New Wave Of British Heavy Metal) on the Sunset Strip where, “By 2 A.M., when the bars close, the Strip resembles an underage, red-light district, all sexes on display, drugs, and backstage access better barter than cash.”

I was beguiled, entertained, and mystified during my journey reading this book and I’m sure you’ll agree. Lightning Striking is an essential part of your library if you’re a music buff like me. This is just what I needed to provide perspective on the music books I plan on covering for The Aquarian in 2022. Lenny Kaye is the rock and roll historian we’ve always needed.

Lightning Striking: Ten Transformative Moments in Rock and Roll will be released January 11, 2022 via Ecco (an imprint of HarperCollins).

FOR MORE INFORMATION ON THIS LENNY KAYE ‘ROCKUMENTARY’ AND METHODS OF PRE-ORDERING / PURCHASING IT, CLICK HERE!