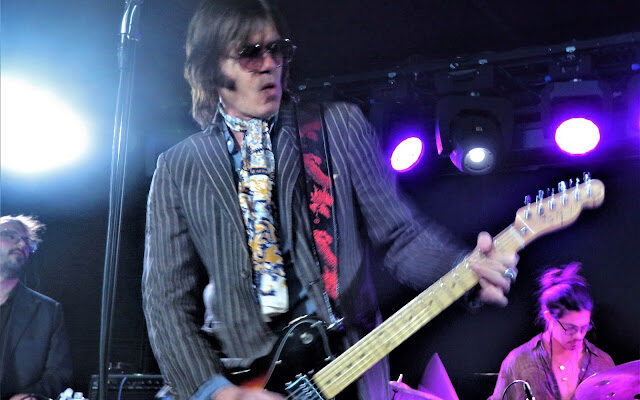 The year 2021 was unparalleled in New York City’s live music circuit. The year started with most venues closed, waiting for the state government to relax restrictions so businesses could return to some semblance of normalcy. With the easing of regulations in the spring, some venues reopened in April, others reopened in June. By the middle of the year, live music started looking a little more like a regular summer. By the end of the year, though, as first the delta variant and then omicron spread quickly, countless live music events again were postponed or canceled. The universal hope is that 2022 will be a better year for live music.

The Aquarian Weekly published the first Top NYC Original Music Acts to Catch Live list probably in the late 1970s. A year ago, the list needed to reflect a new reality, honoring the many local musicians who bravely performed before live audiences frequently in the COVID era, even while the majority of the city’s music venues remained closed. Here is the top 10 list from a year ago, with all names in alphabetical order. More information about these musicians can be found by clicking on the article in The Manhattan Beat, “The Top Original Music Acts to Catch Live in 2021.”

All of the above artists ought to be honored again and again, but in an effort to spotlight more musicians, I have composed a new list of local music artists who are deserving of greater public acclaim. The criteria for this annual list has always been that the artists must be based in New York City, play mostly original compositions, and perform before live audiences locally throughout the majority of the year as opposed to just a few scattered performances. Live streams do not count for this list.

Here I present my top 10 names for The Top Original Music Acts to Catch Live in NYC in 2022, listed again in alphabetical order and based on their hard work throughout the pandemic months of 2021. With no definite signs that the live music landscape in New York City will change for better or worse in 2022, these are some of the outstanding musicians that we expect will continue to perform original music before live audiences for as long as the pandemic lasts and beyond. Whether or not these musicians achieve widespread success in 2022, these musicians deserve a rousing round of applause and support simply for playing good music live relentlessly throughout the challenges of this past year.

Jill Fiore has been creating a buzz with her band’s rocking performances on the fire escape of her Lower East Side apartment, renamed the Fiore Escape. She recently also played at the Bowery Electric and Berlin.

Seth Kessel specializes in reinterpreting mid-century American roots music and also has a lot of similar-sounding originals. Kessel and his band play at the Red Lion and the Anyway Cafe.

Robert Leslie is a young British folkie with soft, sensitive songs. Due to the demise of the Manhattan folk circuit, he now plays most often in Tompkins Square Park and Pete’s Candy Store.

Old school rock and roll chock full of energy, Jesse Malin plays the club he co-owns, the Bowery Electric, as well as City Winery NYC and the Bowery Ballroom.

Adam Masterson writes thoughtful, cinematic lyrics to sweet melodies. He and his band play at Marshall Stack and East Berlin.

Willie Nile has been rocking New York clubs since the 1980s. His lyrics are often a poetic vision of the gritty side of New York, backed with highly charged rock and roll. He performs regularly at City Winery NYC and other venues.

Noy is an Israeli guitarist who regularly attracts some of New York’s finest musicians to jam with him on jazz and funk tunes. Oz Noy plays at the Bitter End and the 55 Bar.

Rachael Price toured with her band Lake Street Dive this summer, but also performed in other ensembles at various points in the year, including with Chris Thile at the now-demolished East River Park Bandshell. Most notably, she teamed with Vilray for five performances at Rockwood Music Hall.