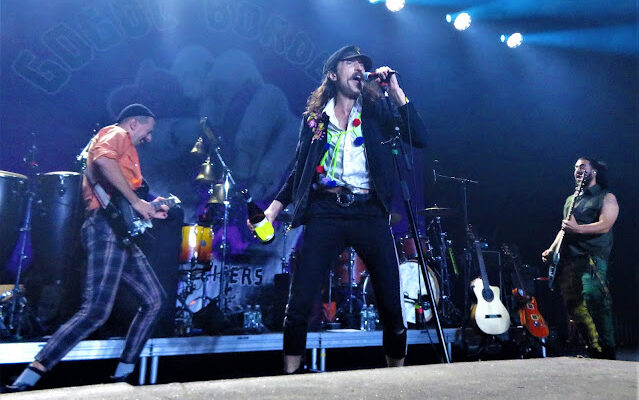 How Will Live Music Fare in Larger Venues in January 2022?

January is typically the lightest month of the year for touring musicians. January 2022 may be particularly slow, as many musicians are postponing or canceling their bookings due to mounting COVID concerns. At press time, these were among the concerts set to happen. In these unsettled times, prudent concert goers may want to contact the venues closer to the show dates to check on any updates to the status of the bookings and to the venue’s COVID-safety protocols.

Madison Square Garden: Billy Joel will continue his monthly residency. Kane Brown and the War on Drugs each headline one night. Phish’s January 1 concert was postponed to April, however.

Prudential Center: Evanescence and Ateez will headline on separate nights.

Barclays Center: No concerts in January.

The Beacon Theatre: Widespread Panic will perform the five nights that were rescheduled from September 2021.

Nick Mason’s Saucerful of Secrets postponed its tour, including dates at the Beacon Theatre and the Capitol Theatre.

In the larger ballrooms

The Hammerstein Ballroom: Falling in Reverse will headline.

In the medium-sized ballrooms

Palladium Times Square: Monatik will headline one night and Felix Cavaliere’s Rascals with Micky Dolenz will appear another night.

In the smaller ballrooms

Warsaw: Wolves in the Throne Room will headline one night.

Sony Hall: Ja Rule, Jay Electronica, Maino, Judith Hill, Jon B, the Smithereens, Geoff Tate and other events will happen in January. Cracker will not perform.

Among the largest seated clubs

Le Poisson Rouge: Eivor and No Pressure are among the attractions in January. Daughters will not perform.

The Iridium was scheduled to reopen on December 27. The new reopening date is January 10. All scheduled concerts in between those dates, including Macy Gray, Pakt, Joe Louis Walker, and the Oz Noy Power Trio are postponed or canceled. Later in the month, the Jane Getter Premonition, Cherry Poppin’ Daddies, Alex Skolnick, Albert Lee, the Ed Palermo Big Band, Eddie 9V, Electric Miles and Mark Hudson are among the headliners.

FOR THE FULL ARTICLE AND PHOTOGRAPHS BY EVERYNIGHT CHARLEY, VISIT THE MANHATTAN BEAT HERE!