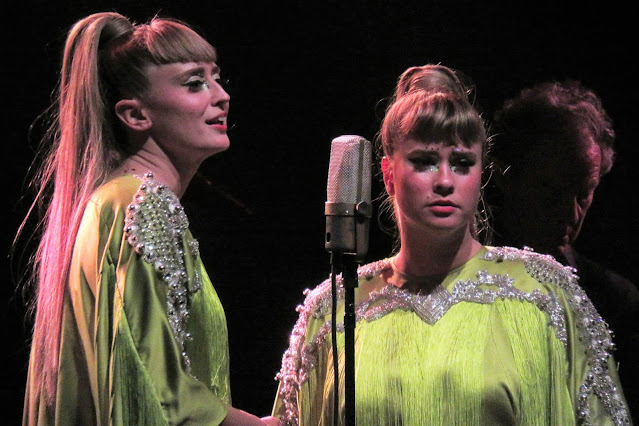 The multi-platinum, Grammy Award-winning Zac Brown Band announced on January 14 that an upcoming 2022 international concert tour will include a performance at Citi Field on August 18. The “Out in the Middle Tour” will feature Caroline Jones, who performed as a special guest during “The Comeback Tour” in 2021. The Robert Randolph Band will be the support act at Citi Field.

This past October, Spoon headlined the Capitol Theatre, Brooklyn Steel, and the White Eagle Hall. The indie pop rock band announced on January 13 that it will release a new album in February and then return to the road. Spoon will headline at the Hammerstein Ballroom on April 16 with Margaret Glaspy as the support act.

Lucius announced on January 11 that the indie pop band will embark on a North American headline tour this spring followed by a series of European shows in September. Lucius will be at the Beacon Theatre on May 4 and at the Welmont Theater on May 6. In addition to the headline shows, the band will join Brandi Carlile on several marquee concerts this summer. Carlile and Dave Cobb produced Lucius’ album Second Nature, set to be released April 8.

Pop-rock Trio Hanson announced on January 13 the “Red Green Blue World Tour” beginning in June in Europe. The tour will bring Hanson to the Beacon Theatre on July 31 as part of its US and Canada leg from July to September. Hanson then tours Latin America in September, and Australia and New Zealand in November. The band’s first major tour since their “String Theory” tour in 2018 and 2019, the coming tour will premiere songs from the Red Green Blue album, to be released on May 20, and also will be the first tour to include live performances of 2020’s Against The World album, along with a 30-year career-spanning set of fan favorites.

Here is a partial list of newly-announced concerts in the New York area this past week.

Boy Harsher announced on social media on January 11 that it postponed its winter tour, which was to include concerts at the Music Hall of Williamsburg on January 29 and 30. “Due to Covid restrictions + uncertainties we are moving the shows (soon). Proper news next week. It’s a blow + believe me when I say we’re probably more bummed than you. Our teeny crew is hustling to get it all sorted.” The shows will now happen on April 2 and 3.

Parcels announced on social media on January 13 that his show at the Music Hall of Williamsburg on January 20 is postponed. “What a world it is these days,” he posted online. “For the second time, I am here to regrettably announce we will be unable to play our show in New York at the Music Hall of Williamsburg on the 20th. As I’m sure everyone is aware, the current Covid situation in the city is extremely precarious, and it is the recommendation that journeying into the city to play shows poses too much of a risk for both ourselves and everyone attending. We had so much planned, the concert, the signing, sessions and secret events. However, we will have to save it for another time when things have settled down and it’s safe enough to enjoy properly. We have so much love for the city of New York and we will be back very soon. We’ll be there in March for two nights at Brooklyn Steel ,of course, and we are working on another New York show later in the year, so stayed tuned!”

“We are deeply saddened to have to announce several of our upcoming shows will not go forward as planned (1/14 – 1/23),” We Banjo 3 announced on social media on January 11. This announcement meant the show at City Winery NYC on January 18 is postponed. “This current surge in Covid has forced our hand yet again. We’ve been racking our brains trying to decide the best course of action that keeps the band, crew, venue staff and all of you safe, and it’s with great sadness that we have to postpone these dates for now. We had looked forward with huge excitement to packed rooms, dancing in the aisles, the shared joy and energy, and so much music. There is nothing we want more than to see you all again and party like it’s a brand new year. We will get there, and the finish line truly looks in sight, but for now, out of an abundance of caution, we have to announce these postponements. Please know that our team is working diligently to reschedule as many dates as possible.” The new date has not yet been announced.

Rotimi has postponed his show at the Gramercy Theatre on January 19. He shared on social media on January 7 that “Due to Covid, and for the safety of my fans and crew, my tour has been postponed. Please stay tuned for further updates.” A new date has not yet been announced.

Nick and the Old Sport and Claudi of Pinc Louds will not perform at the Knitting Factory, on January 22. “Due to Covid spike, show moved to April 14,” Claudi posted on social media this week. “See you soon, everyone!”

The reopening of the Iridium is postponed yet again until February 6 with Marshall Crenshaw. As a result, Cherry Poppin Daddies, Alex Skolnick, Albert Lee, the Ed Palermo Big Band, Noel Casler, Eddie 9V, Electric Miles, Mark Hudson, and the Andy Timmons Band are among the acts that either moved their gigs to other area venues like the Loft and City Vineyard or canceled altogether.

Erasure’s concerts at Radio City Music Hall, originally scheduled for January 20 and 21, have not yet been rescheduled. Alina Baraz’s concerts at Irving Plaza on January 19 and 20 are postponed with the new dates not yet identified.

The Hootenanny Sessions featuring Peter Collins will not happen on Wednesday at Café Wha?; the series will begin at a later date. Papa Vega and the T Blues Band will not perform at Terra Blues on Monday because the venue is temporarily closed on Sundays and Mondays. No Ice, Benchmarker, and Warn the Duke will not perform at the Bowery Electric on Tuesday night.

At press time, the following live performances remained on schedule in the New York City area this week and are recommended by The Manhattan Beat. All venues are in Manhattan unless otherwise noted. Contact the venue to confirm show times, COVID compliance, and other updates.