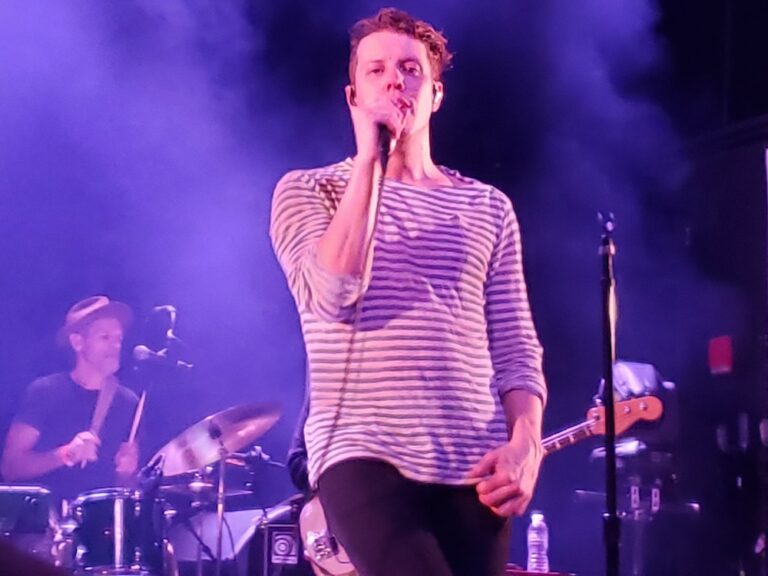 “Do you like good music, that sweet soul music?” Arthur Conley sang in the intro to his 1967 hit “Sweet Soul Music.” Now 55 years later, the answer is still yes. Music trends have changed frequently over the decades, but a few artists always keep that fires burning. Anderson East is among the artists currently re-crafting 1960’s soul music for a contemporary audience.

East was raised in a church-active family in Athens, Alabama, and after college relocated 100 miles away in Nashville, Tennessee. At Webster Hall, both his southern and gospel influences were evident in his performance. In his opening song, “Devil in Me,” East’s richly passionate vocals sounded like he was belting in church, even as his lyrics noted the contradiction between his Saturday night and Sunday morning activities. Meanwhile, the guitarist, keyboardist, two horn players, and rhythm section jammed intricate arrangements much like a muscular southern band.

With the band spread along the perimeter of the stage, East had plenty of room to work his body to his own music, pacing across all available stage, leaning towards the musicians as they offered leads during the instrumental breaks within the songs. While East remained the focal centerpiece of the set, his accomplished band did much to bring East where he needed to shine, building crescendos and feeding into his softer, silkier delivery as needed.

The set was comprised mostly of his fifth and most recent album, Maybe We Never Die, released on August 20, 2021, and his previous album, 2018’s Encore. Two pop covers, Prince & the Revolution’s “Raspberry Beret” and Tears for Fears’ “Everybody Wants to Rule the World,” may have been misplaced, however. Although these covers rallied the audience around familiar pop hooks, neither song carried the heartfelt dynamic nor the self-reflecting integrity of his original compositions. Some sweet soul music from the 1960s might have been a better cover choice.