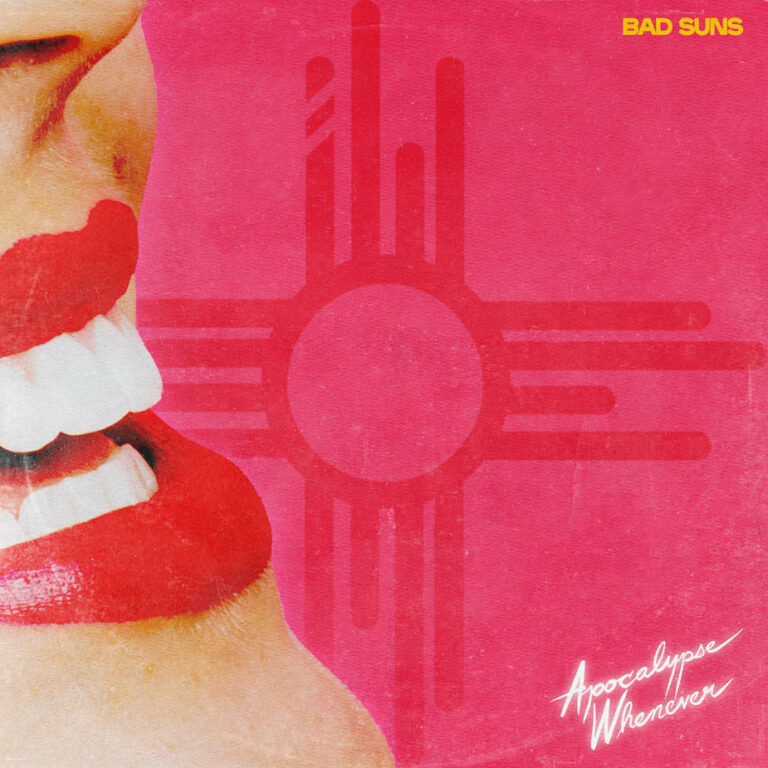 ‘Apocalypse Whenever’ Is Sticky, Sweet, & Peachy

On Friday, Bad Suns released their fourth album, which showed that the band took quite a nostalgic and atmospheric route to set this era’s tone.

Musicians approach writing and recording new material in varying degrees. Many use their tried and true methods, while others like to try something “out of the box.” Bad Suns opted for the latter with their new album Apocalypse Whenever.

The quartet from sunny California decided to make a record that was conceptualized as “the soundtrack to a movie that doesn’t yet exist” setting the scene as the album’s protagonist washes up on the beaches of a fictionalized Los Angeles after a near-death experience at the hands of an angry ocean. They even went as far as assembling a mood board, much like a skilled director would do to create the perfect scene. Bad Suns accomplished this with Apocalypse Whenever. You get a little bit of neo-noir, fantasy, drama, romance, and humor all wrapped into one.

Vocalist Christo Bowman dug deeper saying, “Throughout the course of the album, the main character is forced to re-evaluate everything that’s happened in their life. Ultimately, the takeaway they’re left with is, ‘This could all end at any time, so instead of moaning about things, I’m going to make the most of it.’”.

The title track “Apocalypse Whenever” launches into the stratosphere. I love the message, which is basically grabbing a bull by its horns no matter what the circumstances. “Summer Lightning” is perfect for a drive up the Pacific Coast Highway. Up next is “Baby Blue Shades,” a song perfect for a dance party.

“Peachy” is accompanied by a video reminiscent of eighties television advertisements. It’s so much fun! I think I saw Erik Estrada make an appearance. If you’re craving those fuzzy retro vibes, this track fits the bill. “When The World Was Mine” continues with the throwback feel. “Wishing Fountains” is not your typical Bad Suns tune. It’s much slower, but ideal for waking up with the sunrise and a mug of coffee, even if it is about heartbreak – tears in my Nescafé?  “Electric Circus” is a dreamy successor.

The eighth offering, “Nightclub (Waiting For You)” is the counterpart  to Lady Gaga’s and Beyonce’s banger “Telephone.” ‘”Life Was Easier When I Only Cared About Me,” “Heaven Is A Place In My Head,” and “Silently Screaming” are influenced by Bowman’s youth listening to alternative icons like The Cure, The Clash, and Elvis Costello.

“Grace (I Think I’m In Love Again)” and “Symphony Of Lights” complete the listening experience with style and, yes, grace.

Apocalypse Whenever shows the most fully realized version of Bad Suns… and it’s sublime.

BAD SUNS’ NEW ALBUM, APOCALYPSE WHENEVER, IS OUT NOW WHEREVER YOU LISTEN TO MUSIC!