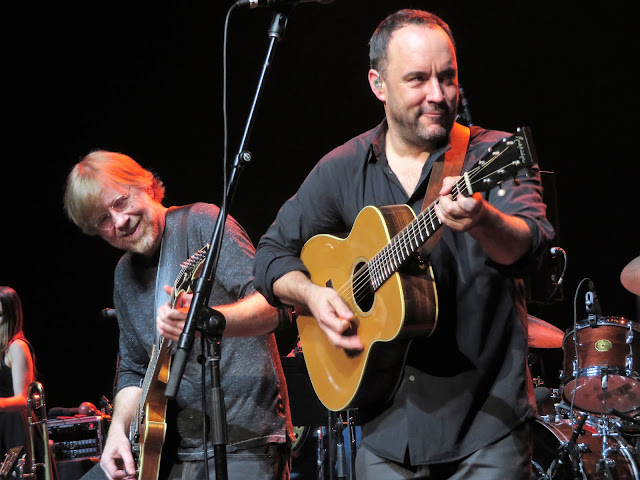 In the past two days, Bad Bunny announced a second concert at Yankee Stadium, and the Dave Matthews Band, the Black Keys, and Josh Groban are among the musicians who are shunning New York City proper this summer in order to play suburban amphitheaters.

Reportedly due to overwhelming demand resulting in the sellout of six stadium shows, Bad Bunny added second shows  to several cities on his forthcoming Bad Bunny: World’s Hottest Tour. This includes New York City, where Bad Bunny now will headline two concerts at Yankee Stadium, on August 27 and 28. Diplo will be the support act.

The Dave Matthews Band will tour this summer from May 11 to September 20. Locally, the band will perform at Northwell Health at Jones Beach Theater on June 28 and the PNC Bank Arts Center on June 29. Both of these shows are part of the Cadillac Tri-State concert series.

The Black Keys will embark on the Dropout Boogie tour, a 32-date North American run, beginning July 9. The local shows will be at Northwell Health at Jones Beach Theater on July 22 and PNC Bank Arts Center on July 23. Band of Horses and Ceramic Animal will support on the local dates.

Josh Groban announced his Harmony Summer 2022 tour. This tour will be the first time Josh will perform songs for a live audience off his most recent album, Harmony, released in November 2020. The concerts will be held mainly at outdoor venues and will start on June 17 and visit more than 25 North American cities by tour’s end on August 2. Locally, Groban will perform at Northwell Health at Jones Beach Theater on July 8 and PNC Bank Arts Center on July 9. “After far too long feeling torn away from my favorite part of my musical life, live performance, it is with huge excitement and gratitude to announce that I’ll be back doing what I do best and love most with the Harmony Tour,” says Groban. “It will be more than a concert for me…it will be a celebration of connection with my friends, fans and colleagues who have been my anchors during the last couple of years and during the course of my career. I hope you’ll join us for these beautiful nights of music.”

Tori Amos announced her Ocean to Ocean 2022 tour, which will take her across the United States from April 27 to June 16. Locally, she will headline at the Kings Theatre on May 11 and 12. The live show will include songs from her most recent album, Ocean to Ocean, plus career-spanning fan favorites. Amos’ NPR Tiny Desk Concert, posted today, previews several of her new songs played live.

The Devon Allman Project and the Samantha Fish Band will co-headline a tour that will travel the country from March 3 to March 26, including a date at the Palladium Times Square on March 12. On select dates, the Devon Allman Project will feature special guests from the Allman Family Revival touring band, including Eric Gales, Luther Dickinson, Donavon Frankenreiter, and Larry McCray. “I can’t wait to get back out and spread some music around with my friends. I’ve known Samantha forever now and she’s such a phenomenal talent, her voice and guitar playing are smokin’ and her new band are world class…we’re gonna have some fun out there,” Allman said.

Yacht Rock Revue announced a tour on February 1 that will bring the band to the Rooftop at Pier 17 on July 7 and the Stone Pony Summer Stage on July 8. “This is our first real tour in almost three years, so we’ve got a lot of energy built up,” stated vocalist Nicholas Niespodziani. “We’ve got new songs, new old songs, new dance moves… plus all the stuff we do that you already know and love.”

Other shows announced in recent days include the following.

Although January was chaotic, with dozens of postponements and cancellations each week, the number of schedule changes has dipped considerably. A few bands and venues are announcing cancellations, but by and large the concert calendar is stabilizing. Prudence dictates that ticket holders should check with the venue before heading to a show.

The Iridium once again has postponed its reopening by a month. The new reopening date is March 2, which begins four nights of performances by Mike Stern. That means all the February concerts are canceled, including Marshall Crenshaw, the Carl Palmer ELP Legacy, KCL: Wayne Krantz, Keith Carlock, Tim Lefebvre, the Loston Harris Trio, Nektar, the Victor Wooten Band, and the Ed Palermo Big Band.

In addition, the Cribs and Slang will not perform at the Music Hall of Williamsburg on February 19. Scary Pockets canceled its show at Irving Plaza on March 14.