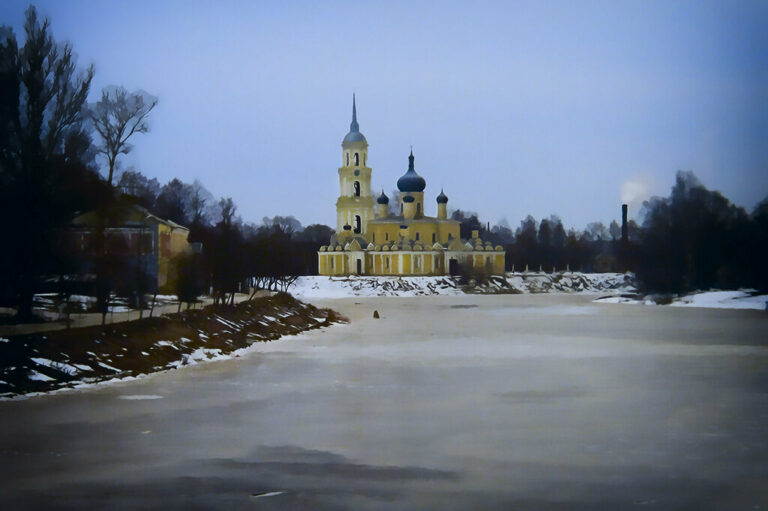 Let’s put this out there first: No one thinks engaging in a war with Russia is a good idea.

No one – not even those who claim to think it is a good idea. And now that most Republicans are pro-Russia thanks to the last president, who was Vladimir Putin’s bitch, we don’t have as much rooting interest from the hawk camp as we did during the Cold War. (You know you have lived a long time when things shift this dramatically. If you would have told me in 1985 that Democrats were the anti-Russia hawk party, I would have assumed you were experiencing crack shivers.) Let me also state for the record that despite the cheering and victory laps the West did after the fall of the Soviet Union in 1989, Russia has never not been armed to the teeth with nuclear war heads, and is now run by a psychopath who has been mostly unchecked by the loyal opposition for close to a decade.

Our current president has been all over the map here. A change from the last guy who stood on foreign soil and sided with Putin over the American intelligence community. Either way, that lapdog is gone now, reduced to screaming to the great unwashed that he won the last election from his golf bunker in Florida. The guy who did win, Joe Biden, wanted this gig – and the shit storm that is coming down now appears to be far more important than his botched exit from our endless military bullshit in Afghanistan or exploding inflation or even the zig-zag pandemic mandates we continue to endure. He needs to steer this one clear of military action. Period.

The day before I am writing this, the Center for Strategic and International Studies think tank released satellite imagery on the Russian build-up in Ukraine showing “a significant and sizeable presence of Russian ground troops, tanks, small arms and mobile artillery.” It states: “If peace talks fail, an escalation between the North Atlantic Treaty Organization (NATO) and Russia could extend well beyond Eastern Europe and include retaliatory measures that are global in nature.”

No shit. We didn’t need a fancy international think tank to come to that gory conclusion, but thanks, nonetheless.

The Russians are moving troops to the Ukrainian border (which the Kremlin calls “exercises”) and although, again, we get the predictably bold talk mixed with calls for cooler heads from our president, the Pentagon has been alerted to ready 8,500 American troops to enter the region should an invasion move ahead.

Let me repeat for anyone not yet fully comprehending it: Going to war with Russia is not an option. This is why Ronald Reagan went nuts and outspent them ten-to-one on defense, forever bloating the military budget, which is the main reason we are in horrible debt today and will continue to be unless we address the federal government’s upside-down budget – which we won’t, but that is another column for another day. I just mention it because the narrative has been for my entire existence on this planet (coming up on six decades this September): there has been Total Annihilation or Bust. Skirmishes in the Baltics is so 1917. You can fuck with Russian-backed dictatorships in the Middle East or even try to upset U.S. dictatorships next door to those other dictatorships, but moving in on Russian military shenanigans in Eastern Europe is not an option. Ever.

I am not suggesting that Putin should be left to his own devices. This is a tough call, because, again, Putin was coddled and sucked up to so embarrassingly for the four years prior to Mr. Biden’s arrival, there is an issue with what Russian thinks is our “resolve.” (Should we mention the stupid and very public shake-down of Ukrainian President Volodymyr Zelensky by Donald Trump to withhold U.S. security aid unless he dug up fantasy dirt on then candidate Biden’s son, Hunter?) But that is, again, in the rearview. This is Biden’s call now. His approval ratings have tanked and show no signs of improving in time to stop what is certainly going to be mid-term spanking this November – and unlike previous years when presidents and the military get nearly one-hundred percent support for any action, this is a different time. There is no stomach for this outside of a few voices. And that is a good thing; because I don’t think it is remotely redundant to again point out that it is never a good idea to engage in any kind of direct military kerfuffle with Russia. Ever.

Making matters worse is that Ukraine is playing this very “Czechoslovakia circa 1938,” fobbing it off as business as usual – all talk/no action Putin – something South Korea never does, despite the almost incessant non-aggressive aggression from the North and whatever chubby nutcase is engineering it. It also doesn’t help that no one in Europe, least of all France and Germany (and Germany has made it clear due to pipeline oil issues, it does not want to side with the U.S. in this affair no matter the threat to its border interests), is remotely excited about a twenty-first century ground war.

For whatever it’s worth, which if recent history is any indication, is nothing, Russia has publicly stated through its venerable Foreign Minister, Sergey Lavrov that they have no intention of invading Ukraine. “We do not want wars, but we won’t allow our interests to be rudely trod upon or to be ignored,” Lavrov, who is also Russia’s representative at the United Nations, said this week. Much of this rhetoric stemming from talk for months of Ukraine joining NATO, a George W. Bush 2008 dream that got under Putin’s skin, which eventually led to the Trump-backed anti-Bush, anti-NATO wing of the Kremlin during the 2016 U.S. Presidential Election. For its role in all of this, the Ukraine has no plans to join NATO, something Biden has acknowledged.

All of this provides insight into Putin’s gambit as ill-conceived and not entirely supported by his faux government, so it might eventually need diplomatic face-saving. Not to mention that Russia’s current post-pandemic economy is weak, far weaker than ours, and needs European oil dollars to subsist. Wars are costly. Putin can’t afford it.

Not sure who said that “history finds us” or how “we don’t choose our moment it chooses us” or whatever paraphrase you’d like to cite in that direction, but this is where Joe Biden stands now. Thank goodness we have a functioning State Department again. Talks are ongoing, and it must be clear to even a loon like Putin that this is not a wise move. There should be a sign above his desk that reads the mirror image of my stance: War with the United States is never an option.

Yeah, going to war with Russia is not an option.